Looking Back on My White House Internship:

September 25, 2014 at 2:30 PM ET by Summer Burglass
Twitter Facebook Email
Summary:
This blog post introduces readers to Larry Hailsham, a former intern who worked in the Office of Presidential Correspondence in the summer of 2014. When asked about his internship experience, here's what Larry wrote.

Ed. note: Applications are now being accepted for the Summer 2015 White House Internship Program. This blog post introduces readers to Larry Hailsham, a former intern who worked in the Office of Presidential Correspondence in the summer of 2014. When asked about his internship experience, here's what Larry wrote.

I remember starting my application to apply for the White House Internship Program and the hesitations that I had. I wondered if I should even apply. But the moment I hit submit, there was no going back. A few short weeks later, I was interviewed and accepted into the program, something I would have never expected.

Interning in the Office of Presidential Correspondence provided me with a deeper understanding of how important an open dialogue between the American people and our President is. Every day, many Americans take to the pen or keyboard and write the President in search of help and support, and he responds. To me, this proved to be an amazing process. Realizing that the President reads 10 letters a day and wants to stay in touch with the American people was refreshing. 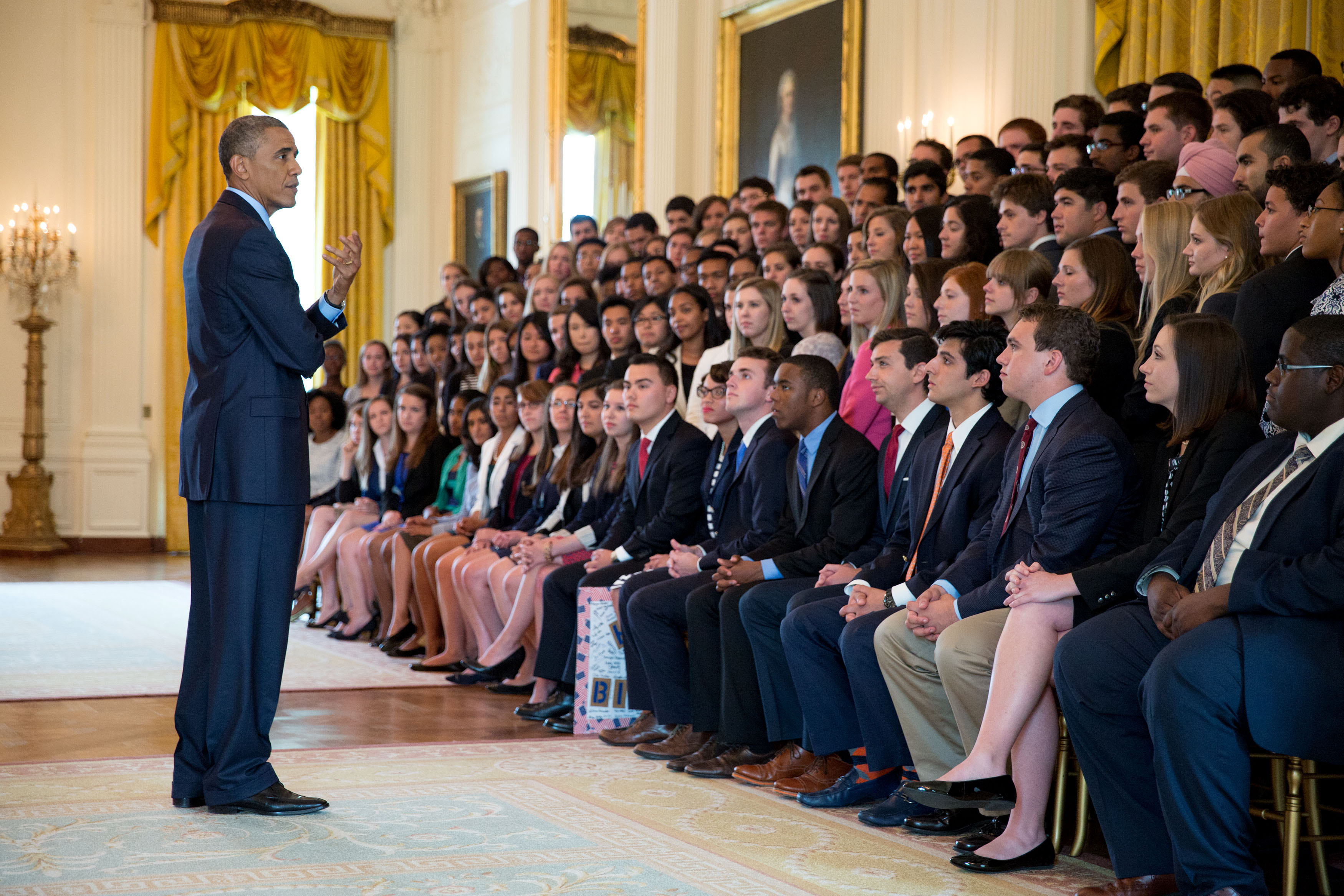 President Barack Obama speaks with 2014 White House summer interns after joining them for a group photo in the East Room of the White House, July 29, 2014. (Official White House Photo by Pete Souza)

I started to feel at home at the White House. It was no longer just a big historical building to me -- now, it had people in it. From the weekly speaker series with senior staff to the hallway encounters with fellow interns, the White House Internship Program provided me with a deeper understanding of public service and what government can achieve.