CDC Confirms First Case of Ebola Diagnosed in the U.S.

September 30, 2014 at 7:30 PM ET by David Hudson
Twitter Facebook Email
Summary:
The Centers for Disease Control and Prevention (CDC) announces the confirmation of the first Ebola case in the United States in a person who traveled from West Africa.

Note: For updated information on the Administration's response to Ebola, please visit WhiteHouse.gov/Ebola-Response. 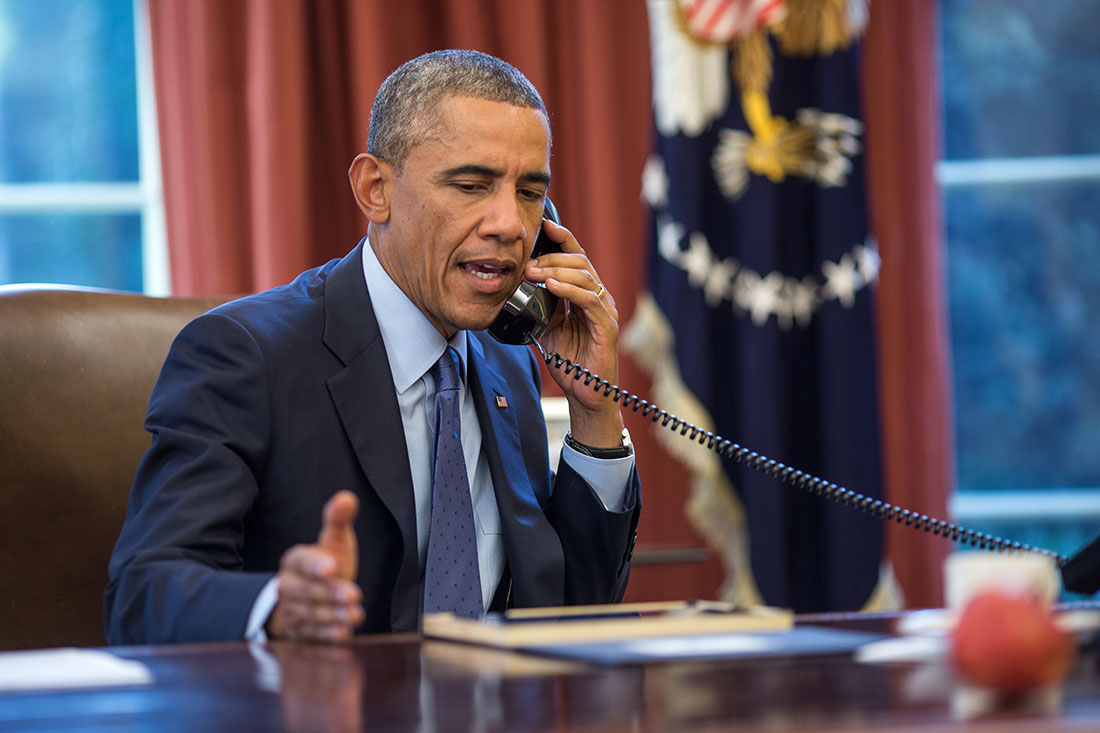 President Barack Obama talks on the phone with Dr. Tom Frieden, Director of the Centers for Disease Control and Prevention, in the Oval Office, Sept. 30, 2014. Dr. Frieden updated the President on the recently-diagnosed Ebola case in Dallas, Texas. (Official White House Photo by Pete Souza)

Today, the Centers for Disease Control and Prevention (CDC) announced the confirmation of the first Ebola case in the United States in a person who traveled from West Africa.

In a press conference, CDC Director Tom Frieden said that the virus was diagnosed in someone traveling from Liberia. Although the person had no symptoms when leaving Liberia, or when entering the United States, he started to present symptoms four to five days following his travel. The patient was admitted and placed in isolation on Sunday, September 28.

Dr. Frieden said that the next steps are threefold:

"I have no doubt," Dr. Frieden said, "that we will control this case of Ebola, so that it does not spread widely in this country." As he reiterated in the press conference, Ebola is not a highly contagious disease, although it is a highly destructive disease.

On CNN's "Situation Room" before the press conference, White House Senior Advisor Dan Pfeiffer told host Wolf Blitzer that the United States has "been prepared for this possibility for a long time. America has the best doctors and public health infrastructure in the world, so we’re ready to deal with it." 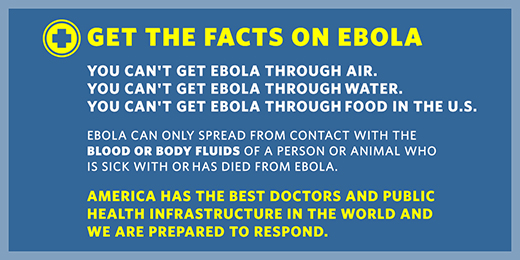 Questions and Answers on Ebola

Q: What is Ebola?

A: Ebola virus is the cause of a viral hemorrhagic fever disease. Symptoms include: fever, headache, joint and muscle aches, weakness, diarrhea, vomiting, stomach pain, lack of appetite, and abnormal bleeding. Symptoms may appear anywhere from 2 to 21 days after exposure to Ebola virus though 8-10 days is most common.

Q: How is Ebola transmitted?

A: Ebola is transmitted through direct contact with the blood or bodily fluids of an infected symptomatic person or though exposure to objects (such as needles) that have been contaminated with infected secretions.

Q: Can Ebola be transmitted through the air?

A: No. Ebola is not a respiratory disease like the flu, so it is not transmitted through the air.

Q: Can I get Ebola from contaminated food or water?

Q: Can I get Ebola from a person who is infected but doesn’t have any symptoms?

A: No. Individuals who are not symptomatic are not contagious. In order for the virus to be transmitted, an individual would have to have direct contact with an individual who is experiencing symptoms or has died of the disease.