In his remarks, the President noted the success that Kansas City sports teams are having as of late -- with the Royals advancing to the playoffs, as well as the Chiefs' blowout win over the New England Patriots this past Monday -- but gave credit to Sporting KC for being "the ones who got it all started."

"It's a pretty good day to be from Kansas City," he said. 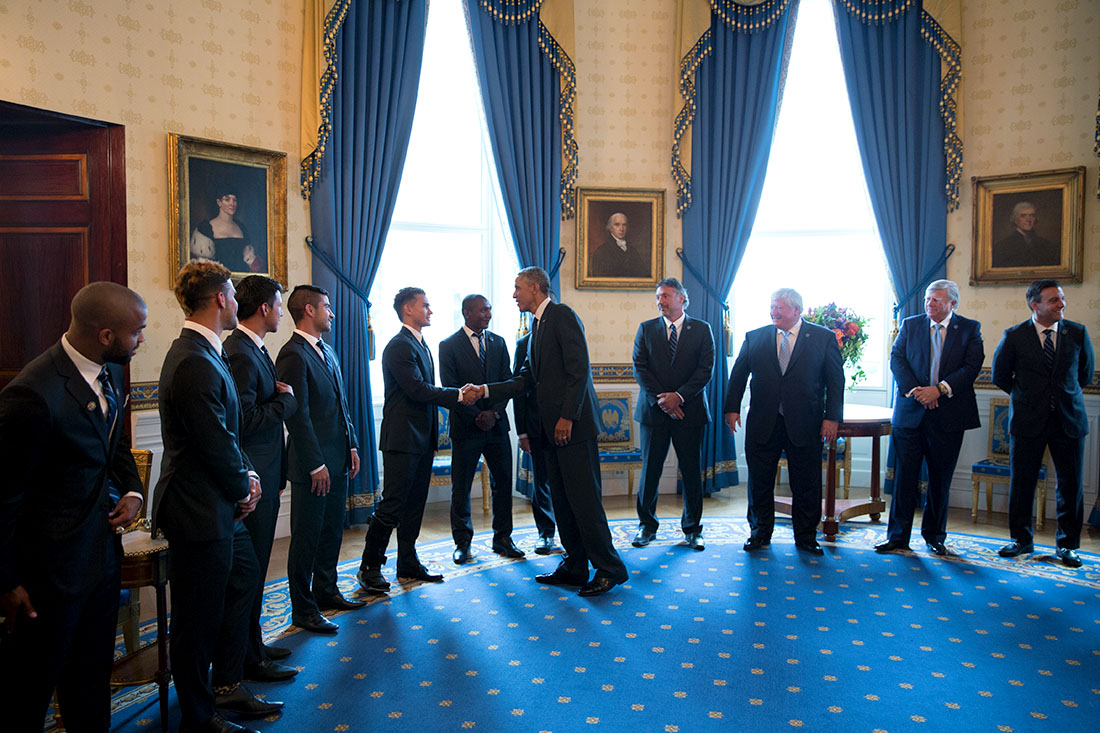 President Barack Obama greets the players and staff of Sporting Kansas City prior to an event to welcome the team and honor their victory in the 2013 MLS Cup Championship, in the Blue Room of the White House, Oct. 1, 2014. (Official White House Photo by Pete Souza)

President Obama detailed Sporting KC's championship run -- capped off with the coldest title game in MLS history -- and praised the team's devoted fans for their support along the way:

After beating New England and Houston in the playoffs to win the Eastern Conference, they were rewarded with the coldest title game ever played in Major League Soccer.  When the game started, the temperature was just 20 degrees.  By the end, it was less than 10 degrees.  I’m sure that felt good. That was after 120 minutes of soccer and the longest penalty shootout -- 10 rounds -- in MLS Cup history.  But finally, Aurelien Collin kicked the winning penalty shot, and KC raised their second Cup.

And the thing about Kansas City fans is that even in below-freezing temperatures, the seats were filled.  Sporting Park was packed.  It is a city that loves soccer.  They’ve sold out 51 straight games.  In a section of seats called “The Cauldron,” thousands of fans come out to stand and chant all game long.

And this past summer, when Americans packed restaurants and stadiums and city parks during the World Cup, the fans in Kansas City led the way.  It seemed like 10 minutes couldn’t pass without seeing live shots of thousands of fans crowding the Power and Light District and cheering on Team USA.  I know they cheered extra hard for Matt Besler and Graham Zusi, who represented Sporting KC and their country in Brazil.  So as soccer continues to grow here in the United States, it does so in large part because of the great example of dedicated fans in Kansas City.

The President also highlighted the team's contributions off the field, noting their work with the Make-A-Wish Foundation and the soccer clinics they host in Missouri and Kansas:

Through the Victory Project, Sporting KC works to raise money for kids in the region with cancer and special needs and life-threatening medical conditions through the Make-A-Wish Foundation.  They’ve opened new practice fields, they’re hosting soccer clinics all over Missouri and Kansas.  So this is an organization that knows that being a champion isn’t just about what you do on the field -- it’s also what you do off the field. 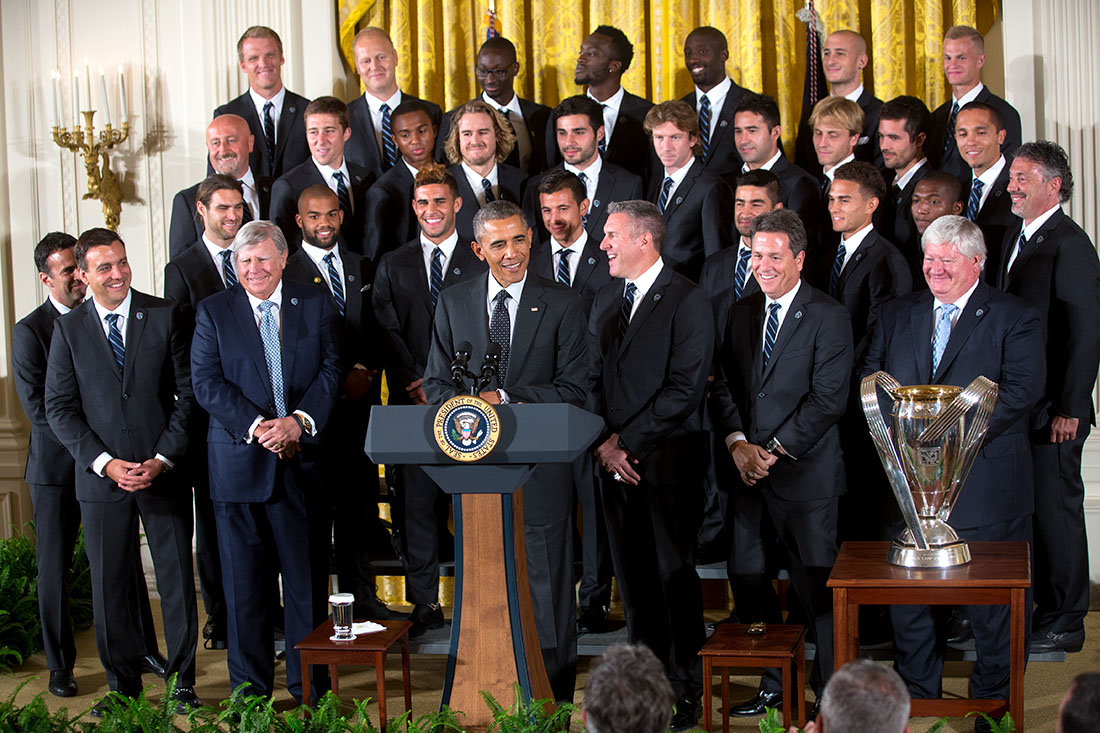 President Barack Obama welcomes Sporting Kansas City to the White House to honor the team and their victory in the 2013 MLS Cup Championship, in the East Room of the White House, Oct. 1, 2014. (Official White House Photo by Lawrence Jackson)