October 3, 2014 at 12:15 PM ET by Jennifer Yeager Kaplan
Twitter Facebook Email
Summary:
Today marks the 50th anniversary of the establishment of the President’s Commission on White House Fellowships, a prestigious program dedicated to giving the nation’s most promising leaders insight into the inner workings of the Federal government. 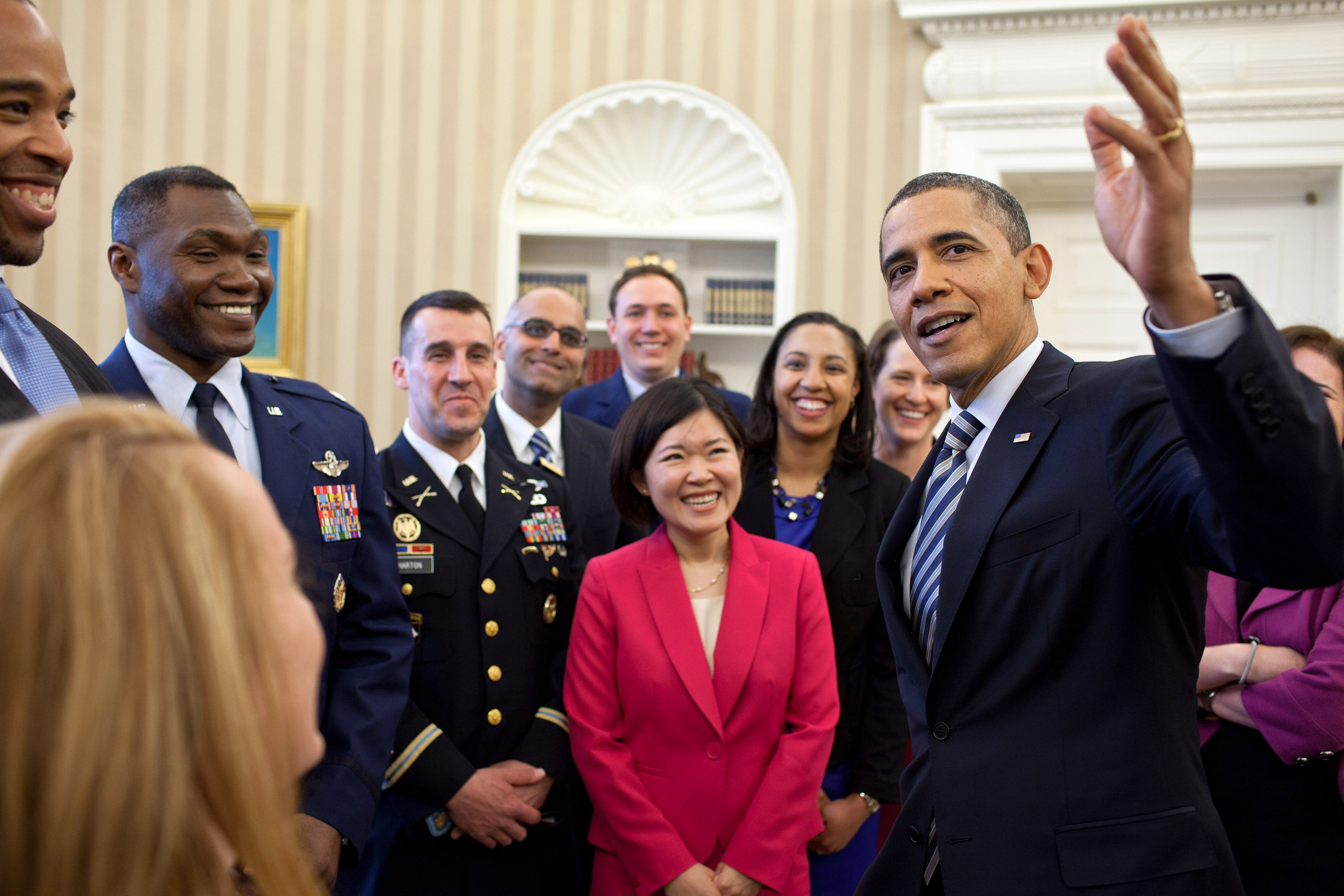 Today marks the 50th anniversary of the establishment of the President’s Commission on White House Fellowships, a prestigious program dedicated to giving the nation’s most promising leaders insight into the inner workings of the federal government. The inception of the White House Fellows program came at a tumultuous moment in American history, when the disconnect between government and the nation’s youth was growing.

Prominent civic leaders like John Gardner, then President of the Carnegie Corporation, took notice of this widening gulf and sought an opportunity to engage young Americans in meaningful civic participation. Fueled by the crisis at the time, Gardner proposed an experiment in leadership development that would eventually become the basis of President Lyndon Johnson’s establishment of the President’s Commission on White House Fellowships by Executive Order 11183.

The ambitious plan hoped to ensure that future generations of Americans could rely upon the leadership of “a reservoir of able men and women with more than ordinary comprehension of government and more than ordinary willingness to serve.”

To achieve this vision, each year the President’s Commission on White House Fellowships selects a group of extraordinary Americans who have demonstrated remarkable achievement early in their careers and places them at the highest levels of the Federal government. Fellows make notable contributions during their year of service and continue to impact our communities, our country, and the world. 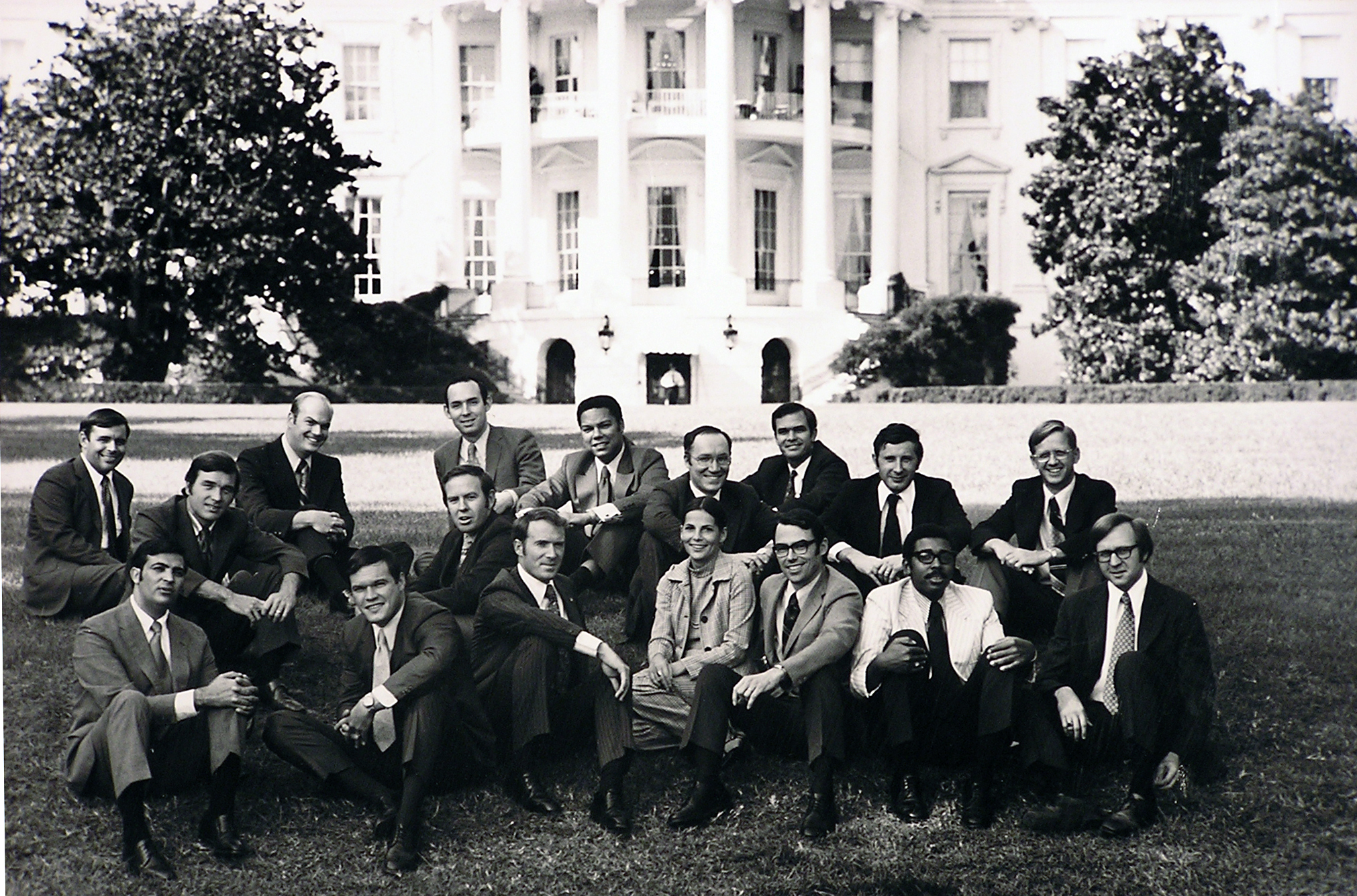 The 1972-1973 class of White House Fellows poses on the South Lawn. A young Colin Powell can be spotted amongst his peers.

Since 1964, over 700 men and women have participated in the White House Fellows program. Among them are prominent public and private sector leaders like Pulitzer Prize-winning author and historian, Doris Kearns Goodwin, CNN Medical Correspondent Sanjay Gupta, and former Secretary of State General Colin Powell, who described the program as a “turning point” in his career.

While these distinguished individuals are well-known, we also have among us a Soldier’s Medal recipient (the U.S. Army’s highest decoration for valor in a non-combat situation, awarded for bravery exhibited during the Boston Marathon bombing), CEOs, teachers, social entrepreneurs, scientists, and founders of nonprofit organizations who we are proud to claim as White House Fellows. An enduring commitment to public service unites this rich diversity of Fellows.

As we mark this milestone in the program’s history, we celebrate what can be achieved when leaders commit to improving the lives of ordinary citizens by accepting the challenge to devote a year of their lives to service. 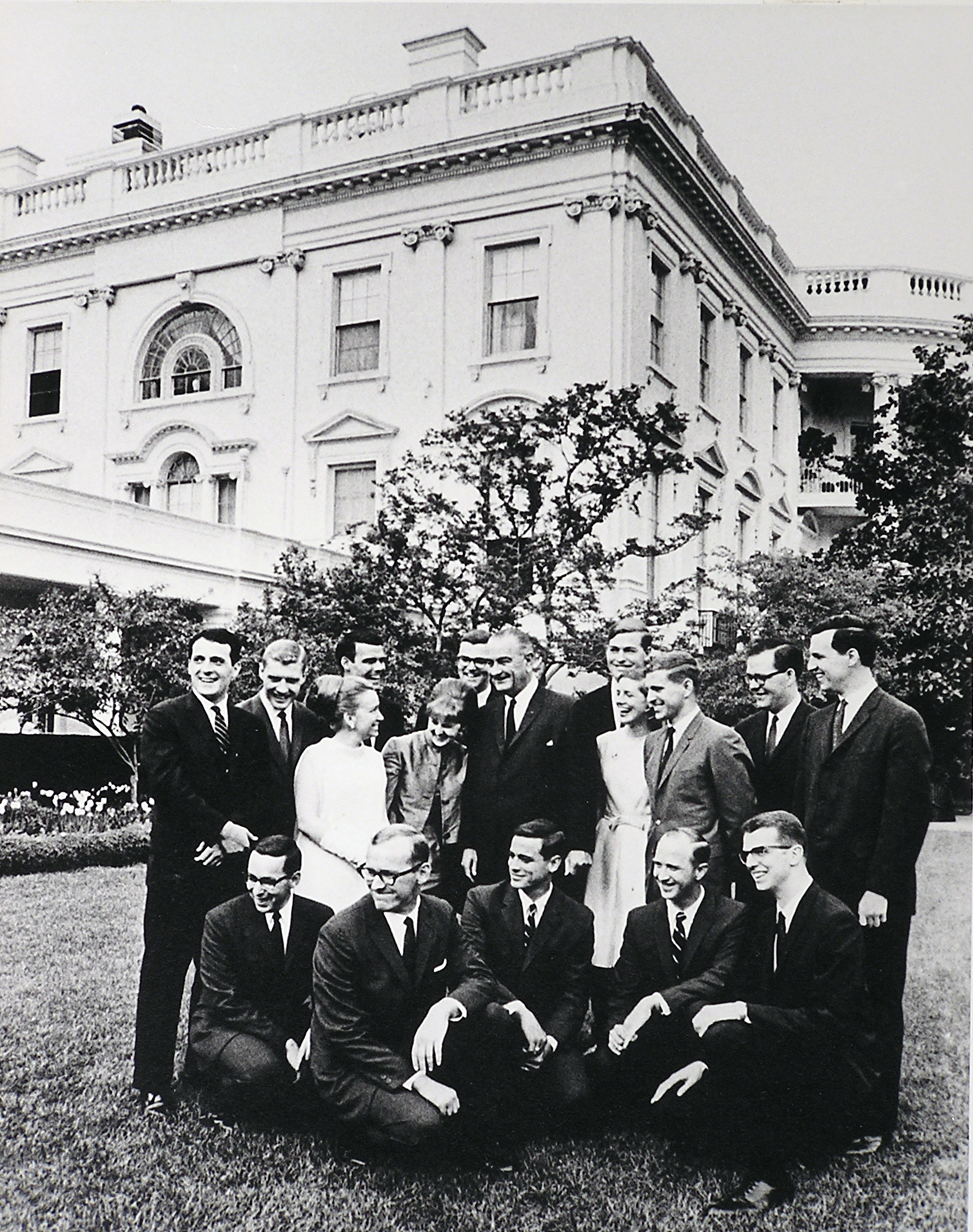 The 1967-1968 class of White House Fellows poses with President Lyndon B. Johnson. Among the Fellows pictured is author and historian Doris Kearns Goodwin.

The White House Fellows program has been a fixture of nine Presidential administrations – five Republican and four Democrat. President Johnson’s vision that, “A genuinely free society cannot be a spectator society [because] Freedom, in its deepest sense, requires participation – full, zestful, knowledgeable, participation,” remains a call to action for all Americans who seek to better themselves, their communities, and the world.

Below is a message from President Barack Obama to commemorate the occasion of the 50th anniversary of the President’s Commission on White House Fellowships: