Vice President Biden: No One Who Works 40 Hours a Week Should Live in Poverty

October 8, 2014 at 2:11 PM ET by Stefanie Feldman
Twitter Facebook Email
Summary:
Yesterday, Vice President Biden stopped by the L.A. Baking Company in Los Angeles to talk with Ron Ballesteros and other local business owners about the importance of raising the minimum wage. 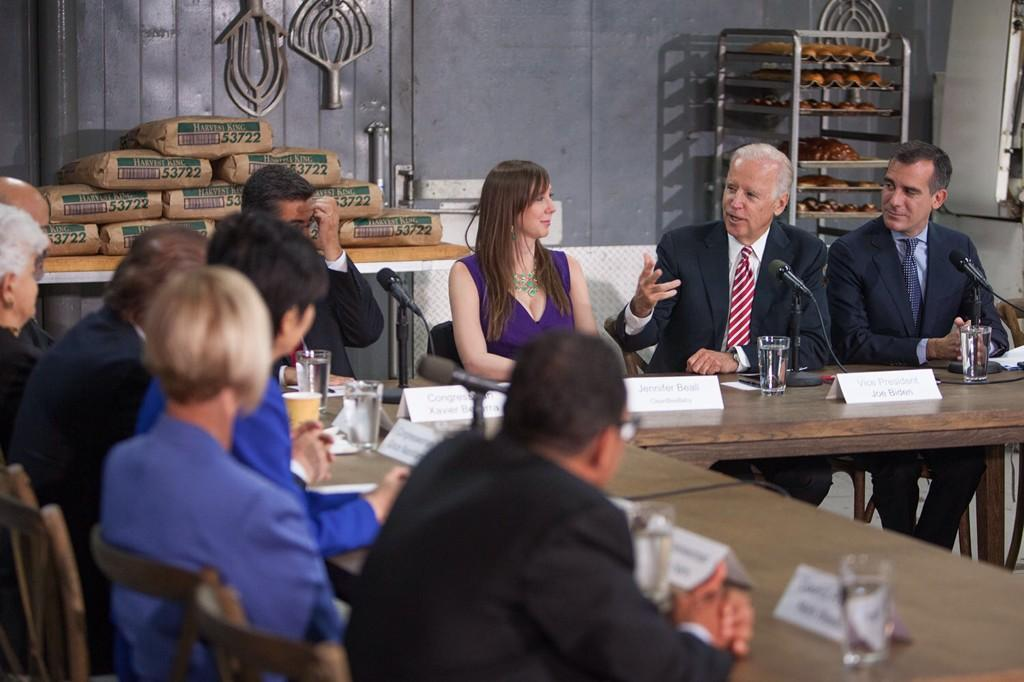 "No one in America should be working 40 hours a week and living below the poverty level. No one. No one."

Yesterday, Vice President Biden stopped by the L.A. Baking Company in Los Angeles to talk with Ron Ballesteros and other local business owners about the importance of raising the minimum wage.

Ron Ballesteros was born in Nicaragua and moved to Los Angeles in 1978 where he opened up the L.A. Baking Company in 1991. Today, Mr. Ballesteros employs 27 people with starting salaries of approximately $9.50 per hour. He supports increasing the national minimum wage to $10.10 because he knows that paying a good wage is good for business.

That's why many Members of Congress, business owners, governors, and mayors like Los Angeles Mayor Eric Garcetti are fighting to give employees in their communities a raise.

No person in the United States should work a full-time job and still live in poverty. But with the current federal minimum wage of $7.25 per hour, that’s the experience of many hard-working Americans across the country. Raising the national minimum wage to $10.10 would increase the wages of 28 million people and lift millions out of poverty.

Raising the minimum wage would create what the Vice President calls "a virtuous cycle": It would put $19 billion into the economy; consumers would spend more; businesses would grow; and jobs would be created.

Some individuals claim that increasing the minimum wage to $10.10 will be a job killer, but economists say that just isn’t true. Seven Nobel Prize winners, eight former presidents of the American Economic Association, and over 600 other economists say that raising the wage generates loyalty among employees, increases productivity, and leads to less turnover.

The bottom line is that increasing the minimum wage isn't just good for low-income individuals, it's good for small businesses, the middle class, and the American economy. That is why President Obama and Vice President Biden will continue to take action and call on Congress to raise the wage.

Increasing the minimum wage is a vital building block in the new foundation of a 21st century economy that will create economic security and better opportunity for every American -- today, tomorrow, and for generations to come.