The Office of National Drug Control Policy (ONDCP) has announced that Drug-Free Communities (DFC) Support Program grants totaling $84 million will be awarded in 2014 to 680 community coalitions across the country. ONDCP Acting Director Michael Botticelli announced the grants on October 8 – during National Substance Abuse Prevention Month – at a Town Hall Meeting on substance use in Bangor, Maine. Among the 680 funded DFC coalitions in 2014 are 197 new grantees. 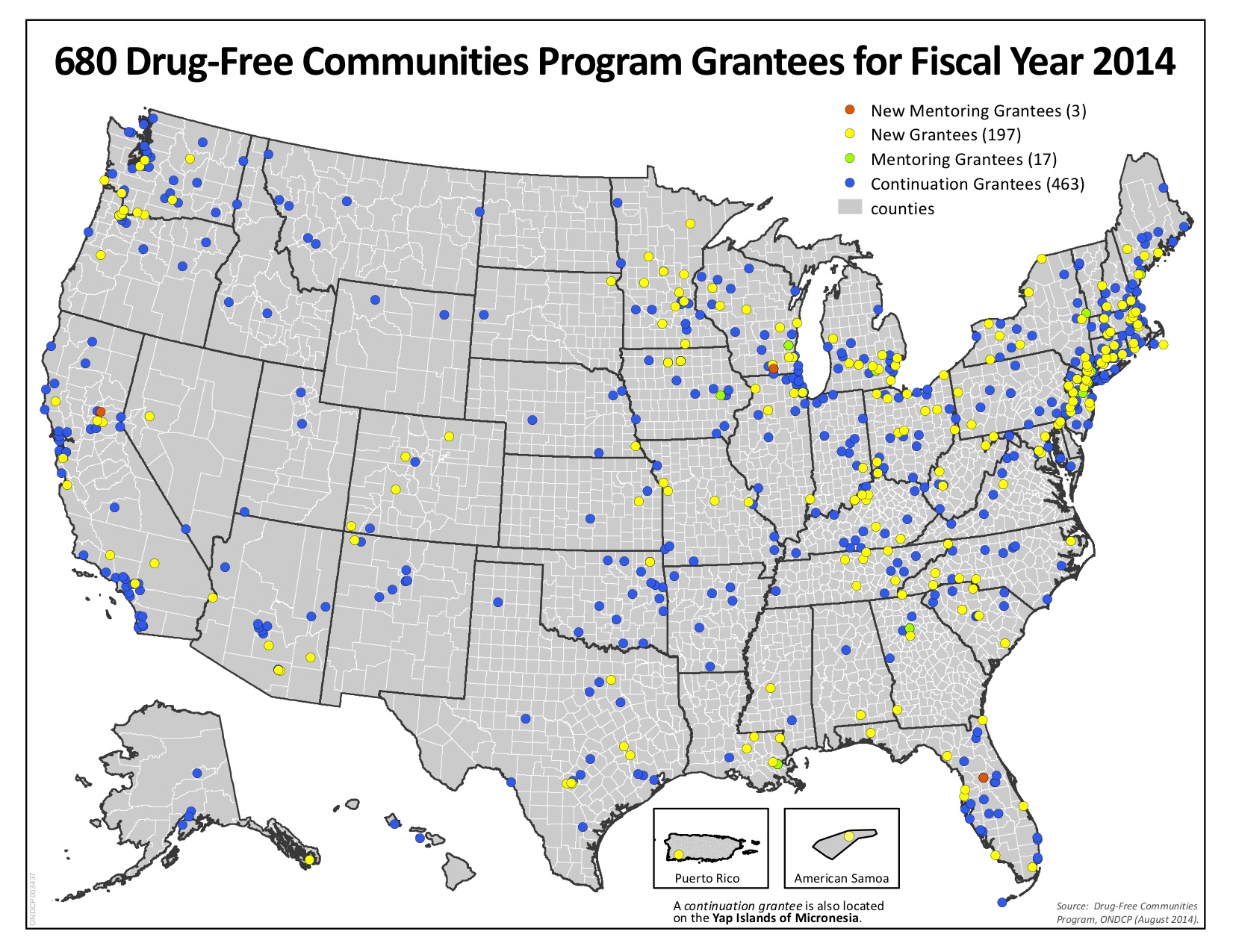 At the heart of the DFC program is the philosophy that local problems require local solutions. DFC grantees involve a cross-section of the communities they serve, with active participation from youth, parents, schools, businesses, media, local government, law enforcement, and other local agencies. The DFC Program is the only Federal drug prevention program that provides funding directly to local communities.

Since 1998, ONDCP has awarded more than 2,000 DFC grants to local communities in all 50 states, the District of Columbia, Puerto Rico, Guam, Palau, American Samoa, the U.S. Virgin Islands, and the Federated States of Micronesia. Long-term analyses have shown that past-month use of alcohol, tobacco, and marijuana declined significantly from 2002 to 2012 among middle school and high school students in DFC communities.