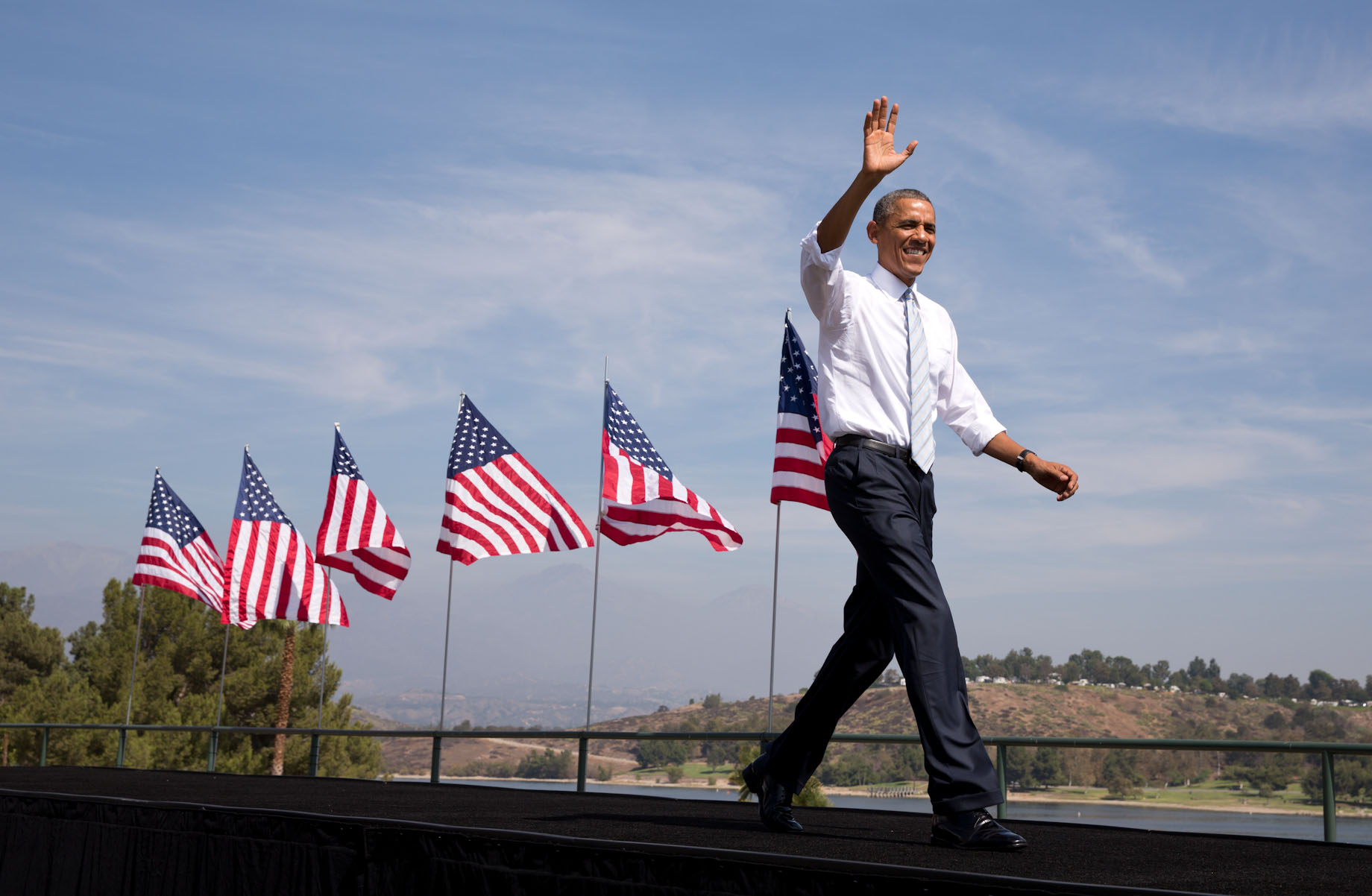 "We are blessed to have the most beautiful landscapes in the world.  We have a responsibility to be good stewards of them for future generations."

It is our moral obligation to protect America's most beautiful lands for the next generation. Today, President Obama officially ensured that the San Gabriel Mountains National Monument will join a vast landscape of natural treasures, as part of what writer Wallace Stegner once called "the geography of hope."

It’s not just the natural beauty of the San Gabriels that makes it invaluable. Within these hills lies millennia of history, including the ancient rock art of Native peoples -- the first Americans. And just as this region teaches us about our past, it has always offered us a window into the future. It was here at the Mount Wilson Observatory that Edwin P. Hubble showed the universe to be ever-expanding, and it's where astronomers still explore the mysteries of space. I can think of no better way to honor our past and protect our future than by preserving the San Gabriel Mountains.

Here are three of the many reasons these mountains are worthy of protection: 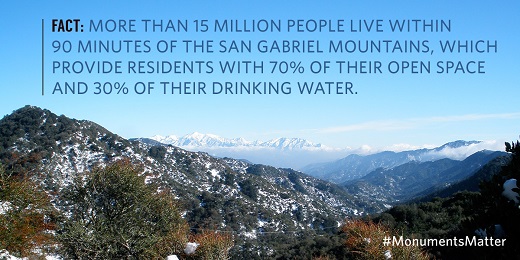 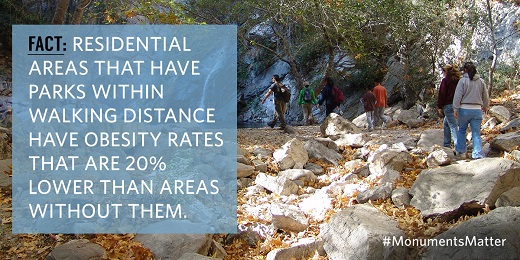 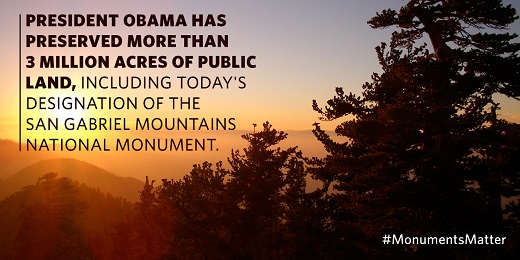 As he stated in his State of the Union, the President will continue to look for opportunities to preserve federal lands and waters, especially where communities are speaking up. That's what makes national monuments -- or our "natural classrooms" -- so important:

The notion of a national monument is interesting because it reminds us that America belongs to all of us -- not just some of us. My commitment to conservation isn’t about locking away our natural treasures; it’s about working with communities to open up our glorious heritage to everybody -- young and old, black, white, Latino, Asian, Native American -- to make sure everybody can experience these incredible gifts.