October 10, 2014 at 3:18 PM ET by Tanya Somanader
Twitter Facebook Email
Summary:
For her unwavering courage to champion education for all children anywhere, Malala won the Nobel Peace Prize. She shares that honor with Kailash Satyarthi, a human rights activist who is working tirelessly to bring an end to child slavery in India and across the globe. 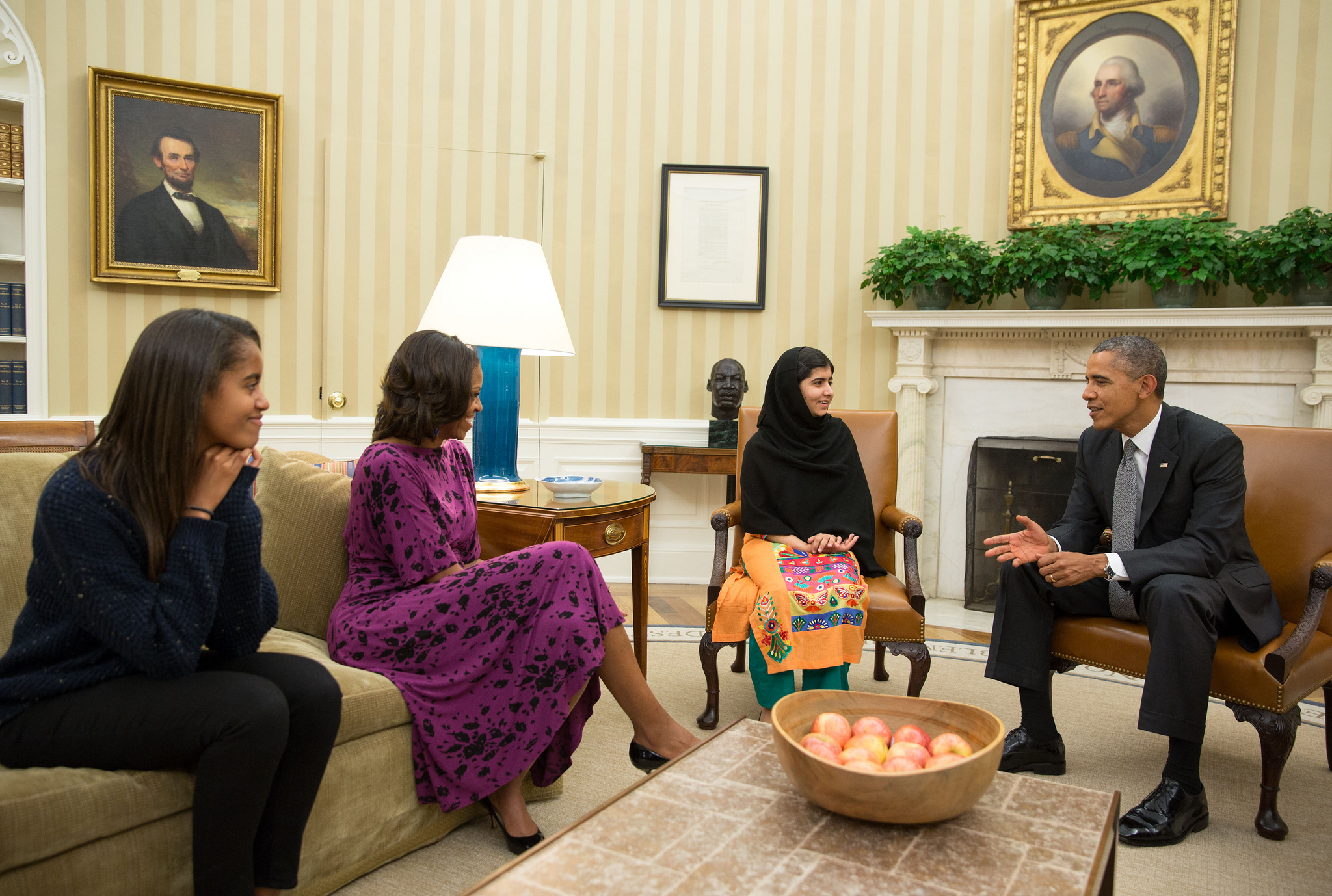 Every child has the right to an education.

That is the simple but powerful message that Malala Yousafzai, a 17-year-old girl from Pakistan, is bringing to millions across the world. It is the message that the Pakistani Taliban tried to stop her from sharing. It is a message that no bullet can silence.

Today, for her unwavering courage to champion education for all children anywhere, Malala won the Nobel Peace Prize. She shares that honor with Kailash Satyarthi, a human rights activist who is working tirelessly to bring an end to child slavery in India and across the globe.

Reflecting on his meeting with Malala last year, the President released the following statement to congratulate her and Kailash on their remarkable accomplishments in the pursuit of peace:

On behalf of Michelle, myself and all Americans, I want to congratulate Malala Yousafzai and Kailash Satyarthi on winning the Nobel Peace Prize. Today’s announcement is a victory for all who strive to uphold the dignity of every human being. In recognizing Malala and Kailash, the Nobel Committee reminds us of the urgency of their work to protect the rights and freedoms of all our young people and to ensure they have the chance to fulfill their God-given potential, regardless of their background, or gender, or station in life.

At just 17 years old, Malala Yousafzai has inspired people around the world with her passion and determination to make sure girls everywhere can get an education. When the Taliban tried to silence her, Malala answered their brutality with strength and resolve. Michelle and I were proud to welcome this remarkable young woman to the Oval Office last year. We were awe-struck by her courage and filled with hope knowing this is only the beginning of her extraordinary efforts to make the world a better place.

Kailash Satyarthi has dedicated his life to ending child labor and wiping the stain of slavery from our world. The true measure of Kailash’s efforts is not a single prize he has been awarded, but the tens of thousands of people who today live with freedom and dignity thanks to his efforts. Through his advocacy, Kailash reminds us of our shared responsibility to end the exploitation of others, especially the most vulnerable among us.

Malala and Kailash have faced down threats and intimidation, risking their own lives to save others and build a better world for future generations. They come from different countries, religious backgrounds, and generations -- a Muslim and a Hindu, a Pakistani and an Indian -- but they share an unyielding commitment to justice and an unshakeable belief in the basic dignity of every girl and boy. Even as we celebrate their achievements, we must recommit ourselves to the world that they seek -- one in which our daughters have the right and opportunity to get an education; and in which all children are treated equally. Today, we honor Malala and Kailash’s achievements, and reaffirm that the United States will always stand with those who defend our universal human rights.