Remembering Benjamin Bradlee, "One of the Most Respected Newsmen of His Generation"

October 22, 2014 at 1:39 PM ET by Lindsay Holst
Twitter Facebook Email
Summary:
The President issued a statement honoring the life of Benjamin Bradlee, the legendary 26-year editor of the Washington Post, who died on the evening of October 21 at 93 years old. 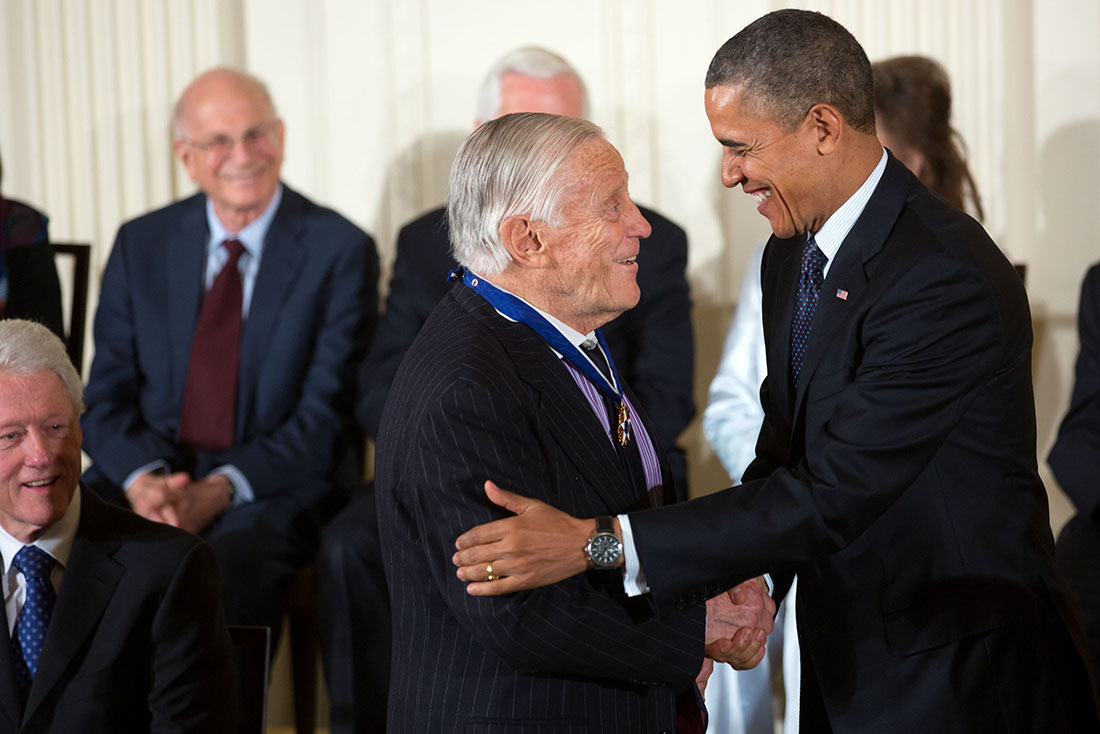 President Barack Obama awards the 2013 Presidential Medal of Freedom to Ben Bradlee during a ceremony in the East Room of the White House, Nov. 20, 2013. (Official White House Photo by Lawrence Jackson)

When he retired as executive editor of the Washington Post, the entire newsroom was on its feet.

He'd begun his career at the paper more than four decades earlier, on Christmas Eve of 1948, as a police and court reporter earning 80 dollars a week.

In the decades that followed, he'd guide the paper through its most challenging moments. Under his watch, the Post would successfully challenge the Federal Government over the right to publish the Pentagon Papers, bring the events at Watergate to light, and usher in a "new era of investigative journalism," as the President put it when he honored him with the Presidential Medal of Freedom -- the nation's highest civilian honor -- last year.

His previous boss and publisher, Donald Graham, called him "The best American newspaper editor of his time."

Benjamin Bradlee, the legendary 26-year executive editor of the Washington Post, died at home last night at the age of 93.

"For Benjamin Bradlee, journalism was more than a profession -- it was a public good vital to our democracy."

For Benjamin Bradlee, journalism was more than a profession – it was a public good vital to our democracy. A true newspaperman, he transformed the Washington Post into one of the country’s finest newspapers, and with him at the helm, a growing army of reporters published the Pentagon Papers, exposed Watergate, and told stories that needed to be told – stories that helped us understand our world and one another a little bit better. The standard he set – a standard for honest, objective, meticulous reporting – encouraged so many others to enter the profession. And that standard is why, last year, I was proud to honor Ben with the Presidential Medal of Freedom. Today, we offer our thoughts and prayers to Ben’s family, and all who were fortunate to share in what truly was a good life.