On the Tragic Shootings in Ottawa, Canada: 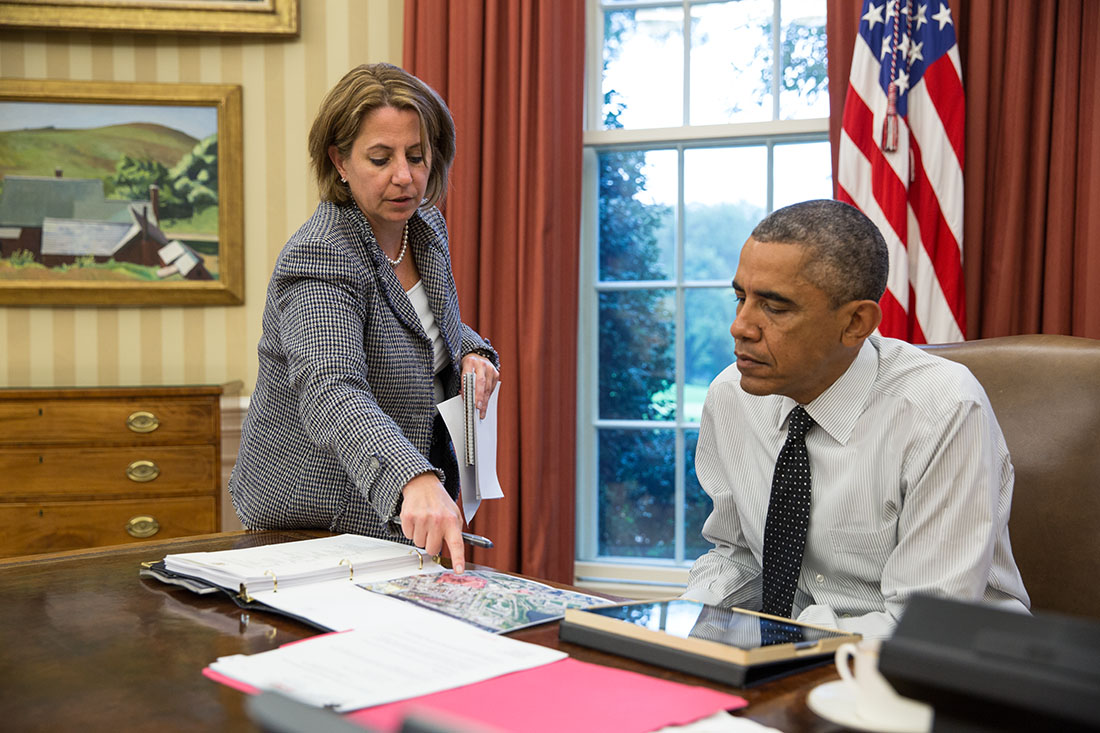 Lisa Monaco, Assistant to the President for Homeland Security and Counterterrorism, updates President Barack Obama on the shooting in Canada prior to his phone call with Prime Minister Stephen Harper, Oct. 22, 2014. (Official White House Photo by Pete Souza)

After speaking with Prime Minister Stephen Harper by phone, President Obama made the following statement on the tragic shootings in Ottawa, Canada:

"I had a chance to talk with Prime Minister Harper this afternoon. Obviously, the situation there is tragic. Just two days ago, a Canadian soldier had been killed in an attack. We now know that another young man was killed today. And I expressed on behalf of the American people our condolences to the family and to the Canadian people as a whole.

We don’t yet have all the information about what motivated the shooting. We don’t yet have all the information about whether this was part of a broader network or plan, or whether this was an individual or series of individuals who decided to take these actions. But it emphasizes the degree to which we have to remain vigilant when it comes to dealing with these kinds of acts of senseless violence or terrorism. And I pledged, as always, to make sure that our national security teams are coordinating very closely, given not only is Canada one of our closest allies in the world but they’re our neighbors and our friends, and obviously there’s a lot of interaction between Canadians and the United States, where we have such a long border.

And it’s very important I think for us to recognize that when it comes to dealing with terrorist activity, that Canada and the United States has to be entirely in sync. We have in the past; I’m confident we will continue to do so in the future.  And Prime Minister Harper was very appreciative of the expressions of concern by the American people.

I had a chance to travel to the Parliament in Ottawa. I’m very familiar with that area and am reminded of how warmly I was received and how wonderful the people there were. And so obviously we’re all shaken by it, but we’re going to do everything we can to make sure that we’re standing side by side with Canada during this difficult time."

President Obama spoke by phone with Canada's Prime Minister Stephen Harper to express the American people's solidarity with Canada in the wake of attacks on Canadian Forces in Quebec on October 20 and in Ottawa on October 22.

The President condemned these outrageous attacks, and reaffirmed the close friendship and alliance between our people. The President offered any assistance Canada needed in responding to these attacks. Prime Minister Harper thanked the President and the two leaders discussed the assault and agreed to continue coordination between our governments moving forward.

White House Press Secretary Josh Earnest made the following statement in response to the shootings in Ottawa, Canada this morning, when a Canadian soldier was shot in the wake of another attack in Quebec earlier this week:

"The thoughts and prayers of everybody here at the White House go out to the families of those who were affected by today's shooting in Canada, as well as to the family of the soldier who was killed earlier this week. The President was briefed earlier today in the Oval Office by his top homeland security advisor, Lisa Monaco. The details about the nature of this event are still sketchy, which is not unusual in a chaotic situation like this one.

We'll continue to update this post as the situation develops.