We Will Stop Ebola in West Africa

October 28, 2014 at 2:37 PM ET by Rajiv Shah
Twitter Facebook Email
Summary:
USAID Administrator Raj Shah explains why we will stop the current Ebola outbreak -- just like every other Ebola outbreak in history. 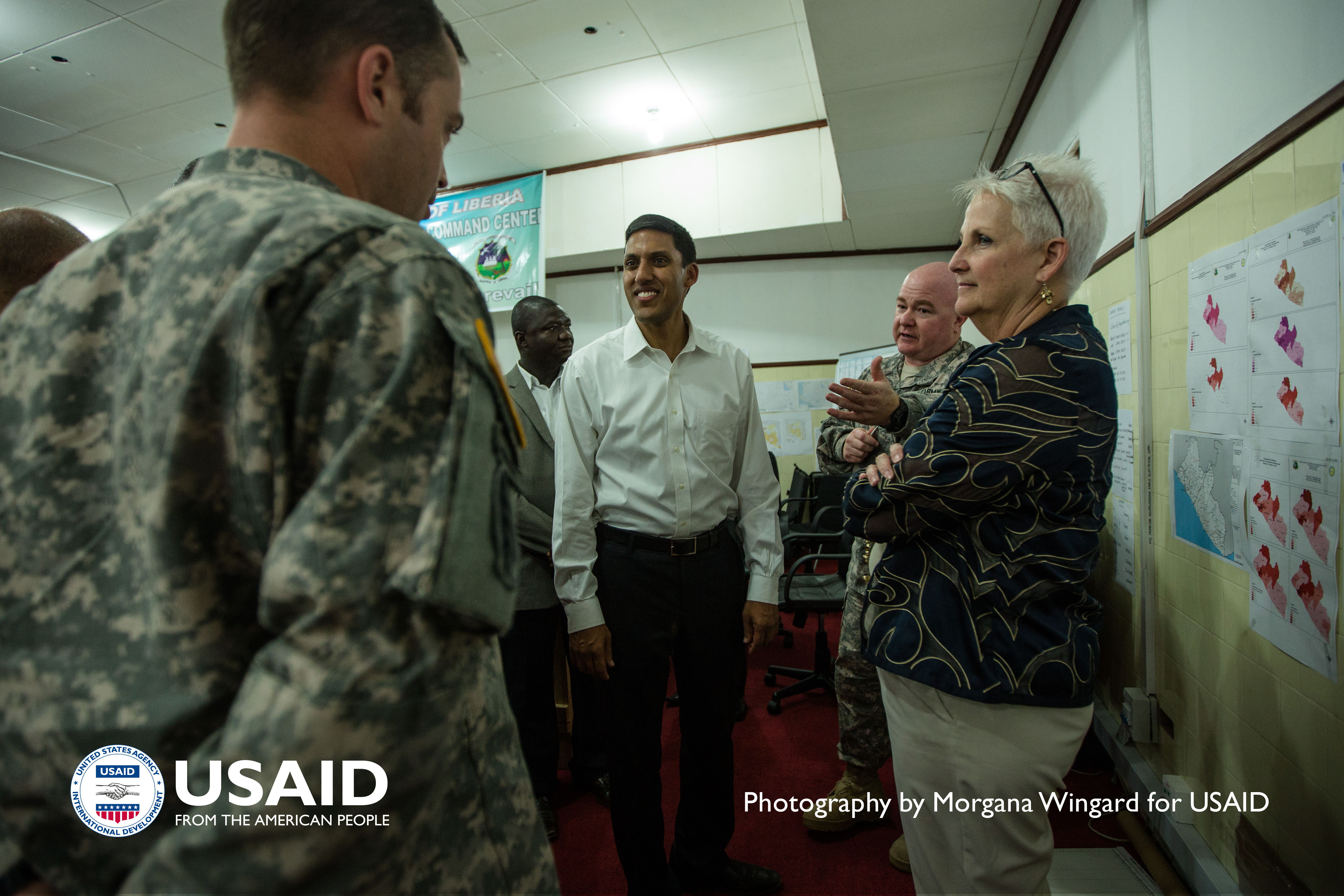 Ed. note: Below are excepts of an op-ed by USAID Administrator Raj Shah for USA Today. Read his op-ed in its entirety here.

In the heart of the Ebola epidemic, there is a clear sense of hope. I've just returned from Liberia, Sierra Leone and Guinea, where I met dozens of health workers, humanitarians and community leaders who are making a difference in this fight.

There is no question that the pace, ingenuity, and scale of our global response must continue to grow quickly. But at a time when fear and misinformation spread panic faster than a virus, let's not miss the opportunity to scale up what's working, fix what isn't and bring the best of science, technology and innovation to bear on this devastating disease.

I spoke with Ebola survivors who now care for sick patients in the very same Ebola Treatment Unit (ETU) that saved their lives. I met local workers on burial teams who enter communities threatened by Ebola and endure the stigma of the virus to bury loved ones. At a training session for health care workers, I met a young doctor from Germany who gave up her holiday to put on a personal protective suit in the stifling heat and train others to work in the hot zone. We need hundreds more just like her. And we must ensure that when these brave individuals do volunteer to serve, we not prevent or unduly discourage them from undertaking this indispensable and selfless work.

Time and again, we've seen the value of innovation in crisis response. We relied on satellite-based predictive modeling to save lives in advance of Typhoon Haiyan in the Philippines and during the 2011 famine and drought in the Horn of Africa. We need similarly creative and bold thinking today. That is why President Obama announced Fighting Ebola: A Grand Challenge for Development, a grant competition designed to invent better tools to tackle this disease in a matter of weeks, not years.

We're exploring advances in diagnostics that reduce the difficulty of transporting blood samples over terrible roads; new laboratory solutions, such as vaccines and therapeutics; improved designs for personal protective equipment; and real-time data to better predict spikes and valleys in active cases.

But the United States cannot end this epidemic alone. Already the U.S. response -- in dollars alone -- accounts for more than one-third of the global commitment. As President Obama has stressed, governments, international organizations and the private sector must step up far more aggressively.

Like every Ebola outbreak in history, this one will be stopped. I know because I've met the heroes on the front lines who fight when so many others flee and who face what so many others fear. We owe them more than our thanks. We owe them our commitment to stand shoulder-to-shoulder until we beat Ebola at its source.