President Obama: "It's Time for Us to Take Care of Business"

Earlier this afternoon, President Obama addressed the White House press corps to discuss the midterm elections and his next steps forward.

"What stands out to me," he said, "is that the American people sent a message, one that they’ve sent for several elections now. They expect the people they elect to work as hard as they do. They expect us to focus on their ambitions and not ours. They want us to get the job done."

"As President, I have a unique responsibility to try and make this town work"

The President said that he has "a unique responsibility" to make Washington work. In that vein, the President will host the Democratic and Republican leadership at the White House this Friday for a meeting to chart a new course forward.

And in a message to all Americans -- both those who voted yesterday and those who didn't -- the President made clear that he hears them:

To everyone who voted, I want you to know that I hear you. To the two-thirds of voters who chose not to participate in the process yesterday, I hear you, too. All of us have to give more Americans a reason to feel like the ground is stable beneath their feet, that the future is secure, that there’s a path for young people to succeed, and that folks here in Washington are concerned about them. So I plan on spending every moment of the next two-plus years doing my job the best I can to keep this country safe and to make sure that more Americans share in its prosperity.

President Obama also noted that while we've made real progress since the financial crisis, we have to do more to ensure that every American can share in our country's prosperity:

We’ve just got to keep at it until every American feels the gains of a growing economy where it matters most, and that's in their own lives.

Obviously, much of that will take action from Congress. And I’m eager to work with the new Congress to make the next two years as productive as possible. I'm committed to making sure that I measure ideas not by whether they are from Democrats or Republicans, but whether they work for the American people. And that’s not to say that we won’t disagree over some issues that we’re passionate about. We will. Congress will pass some bills I cannot sign. I'm pretty sure I'll take some actions that some in Congress will not like. That’s natural. That's how our democracy works. But we can surely find ways to work together on issues where there’s broad agreement among the American people. 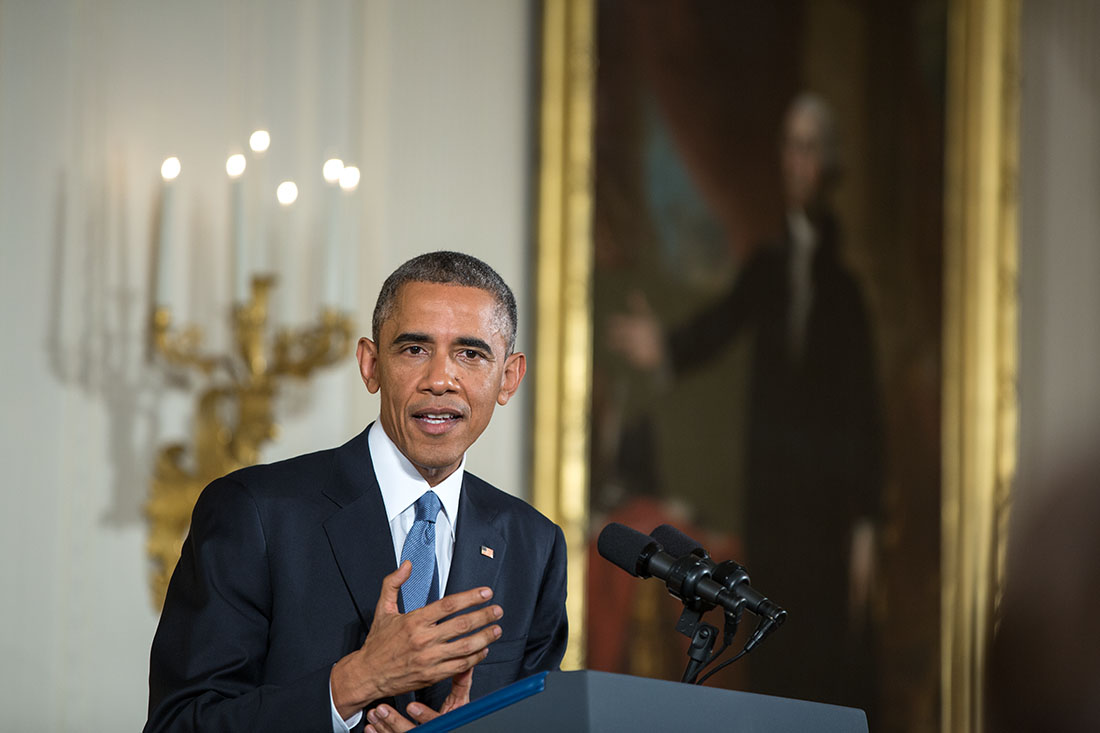 President Barack Obama responds to a question during a press conference in the East Room of the White House, Nov. 5, 2014.

"There's still business on the docket that needs attention this year"

As the President noted, however, there's still work that needs our attention right now -- and detailed three areas in which the Administration and Congress can work together over the next few weeks:

"The point is, it's time for us to take care of business. There are things this country has to do that can’t wait another two years or another four years." 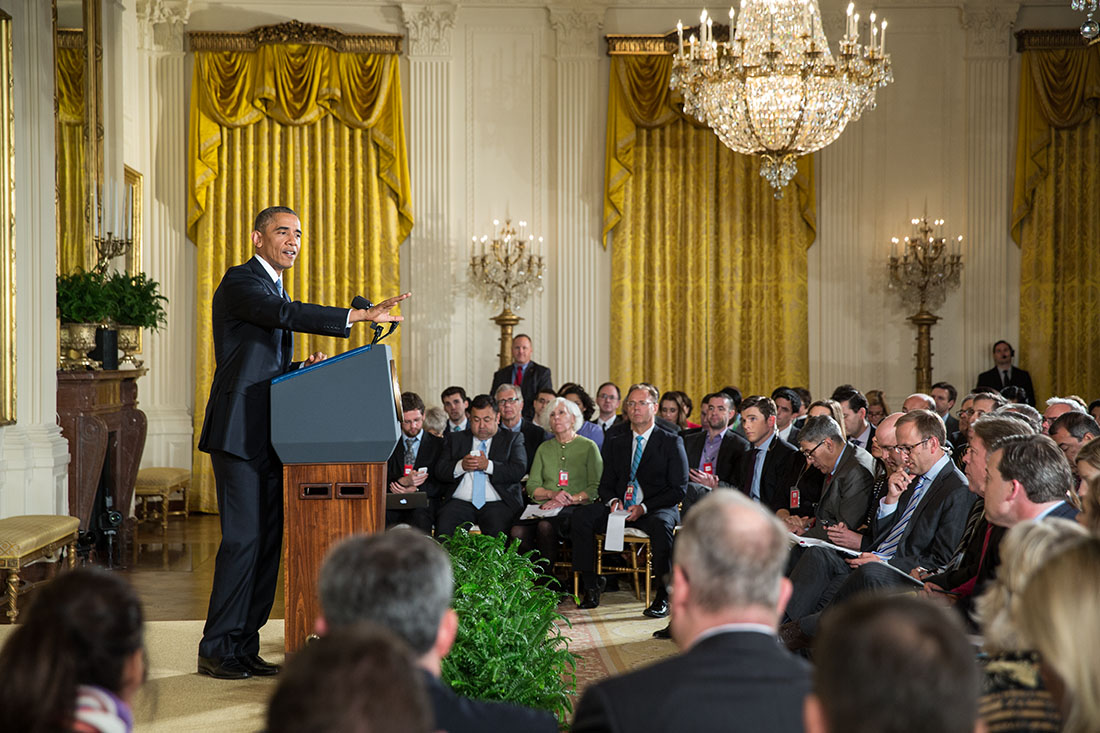 "I'm optimistic about our future"

President Obama concluded his remarks by expressing his optimism about America's future. Making clear that "the United States has big things to do," the President said that we'll be able to make progress if we do it together:

The truth is I’m optimistic about our future. I have good reason to be. I meet Americans all across the country who are determined, and big-hearted, and ask what they can do, and never give up, and overcome obstacles. And they inspire me every single day. So the fact is I still believe in what I said when I was first elected six years ago last night. For all the maps plastered across our TV screens today, and for all the cynics who say otherwise, I continue to believe we are simply more than just a collection of red and blue states. We are the United States.

And whether it's immigration or climate change, or making sure our kids are going to the best possible schools, to making sure that our communities are creating jobs; whether it's stopping the spread of terror and disease, to opening up doors of opportunity to everybody who’s willing to work hard and take responsibility -- the United States has big things to do. We can and we will make progress if we do it together. And I look forward to the work ahead.

"The United States has big things to do. We can and we will make progress if we do it together." 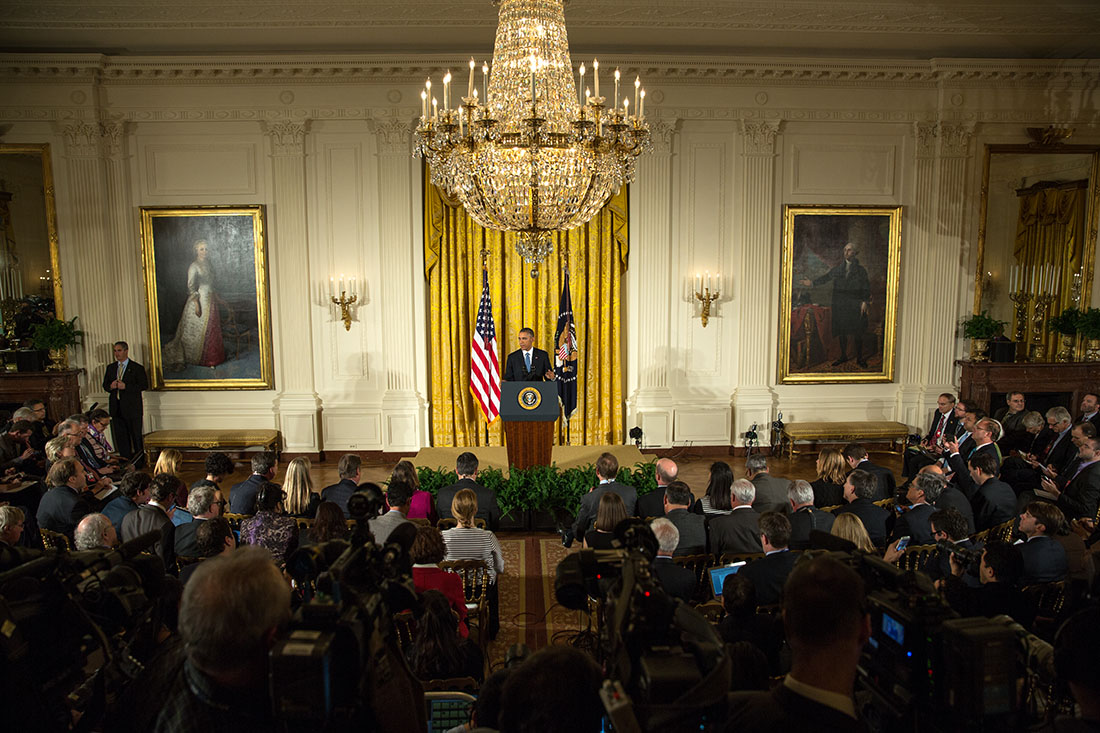