November 6, 2014 at 6:01 PM ET by Kajal Singh
Twitter Facebook Email
Summary:
Earlier this afternoon, President Obama awarded the Medal of Honor to First Lieutenant Alonzo H. Cushing for his heroic acts of bravery while serving as an artillery commander during the Civil War.

Earlier this afternoon, President Obama awarded the Medal of Honor to First Lieutenant Alonzo H. Cushing for his heroic acts of bravery while serving as an artillery commander during the Civil War.

On July 3, 1863, Lieutenant Cushing went above and beyond the call of duty when fighting against Confederate forces. Even after being struck twice, he refused to abandon his command. As a result, his gallant efforts helped open wide gaps in the Confederate Army's line of command.

The Medal of Honor is typically awarded within a few years of the action, but as the President noted, “sometimes even the most extraordinary stories can get lost in the passage of time.” At today's ceremony, the President was joined by more than two dozen of Lieutenant Cushing's family members. Helen Loring Ensign, a cousin twice removed of the Lieutenant, accepted the award on his behalf.

“For this American family, this story isn’t some piece of obscure history -- it is an integral part of who they are. And today, our whole nation shares their pride, and celebrates what this story says about who we are.” 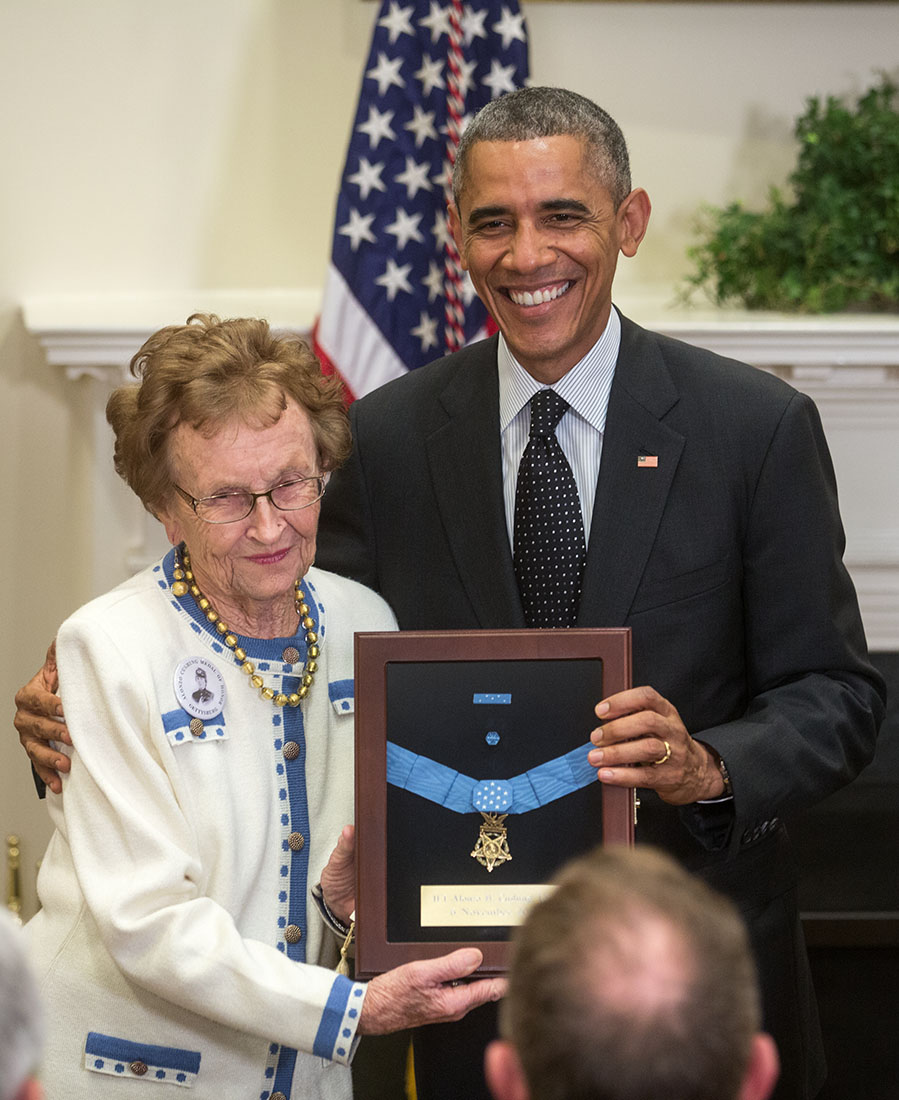 In his remarks, President Obama pointed out the significance of those who served and gave their lives at Gettysburg, noting that he may not have had the opportunity to be President if it hadn't been for their sacrifices:

And here today, we know what Lon and the others who fell that day could not… that Gettysburg was a turning point in the Civil War. It’s also proof, if any was needed, that it was thousands of unknown young soldiers, committing unsung acts of heroism, who saved our union, and freed a people, and reaffirmed our nation as “one Nation, under God, indivisible, with Liberty and Justice for all.” I’m mindful that I might not be standing here today, as President, had it not been for the ultimate sacrifices of those courageous Americans.

The President also highlighted our larger American story -- cultivated by American heroes like Lieutenant Cushing -- and called on us to uphold the values that our service members continue to fight for:

Today we honor just one of those men, Lieutenant Alonzo Cushing, who, as Lincoln said, gave their “last full measure of devotion.” His story is part of our larger American story -- one that continues today. The spirit, the courage, the determination that he demonstrated lives on in our brave men and women in uniform who this very day are serving and making sure that they are defending the freedoms that Alonzo helped to preserve. And it’s incumbent on all of us as Americans to uphold the values that they fight for, and to continue to honor their service long after they leave the battlefield -- for decades, even centuries to come.

Read the President's full remarks here -- and take a look behind the scenes at what goes into a Medal of Honor ceremony.