November 7, 2014 at 9:30 AM ET by Jason Furman
Twitter Facebook Email
Summary:
The private sector has added 10.6 million jobs over 56 straight months of job growth, extending the longest streak on record.

With today’s report, the unemployment rate is falling as fast as at any point in the last thirty years, and the economy is on pace for its best year of job growth since the late 1990s. The economy has come a long way since the crisis six years ago, but more must be done to create jobs for those still searching for work and ensure that those who are working see the strengthening economy translate into rising wages. The President will continue to work with Congress and do everything he can to support job creation and boost wages.

1. The private sector has added 10.6 million jobs over 56 straight months of job growth, extending the longest streak on record. Today we learned that total nonfarm payroll employment rose by 214,000 in October, mainly reflecting a 209,000 increase in private employment. Private-sector job growth was revised up for August and September by a combined 33,000, so that over the past twelve months, private employment has increased by 2.6 million. Private employment has risen by at least 200,000 for nine consecutive months, the first time that has happened since the 1990s. 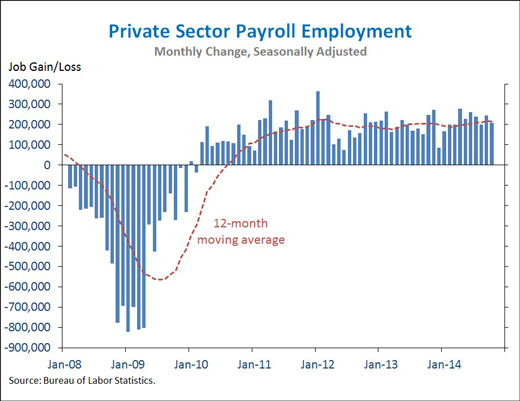 2. Job growth has averaged 229,000 per month so far in 2014, up from 194,000 per month last year, and on pace for the best calendar year since the late 1990s. This pickup in job growth from 2013 to 2014 has been broad-based, with the average monthly pace of job gains this year increasing relative to last year in most major sectors, including construction, transportation and warehousing, health care and social assistance, manufacturing, and state and local governments. On a percentage basis, the economy is adding jobs at a rate of about 2 percent per year, on pace for the largest percentage increase in any calendar year since the late 1990s. 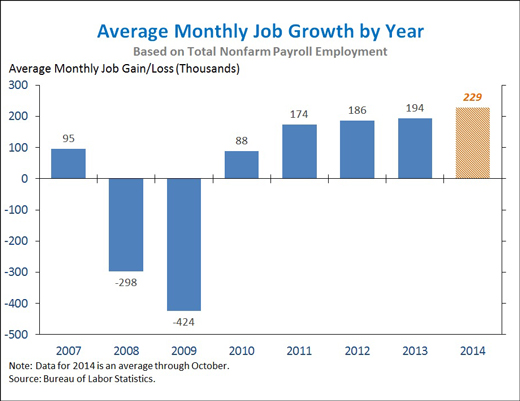 3. A range of indicators from the household survey show a consistent picture of a labor market that has strengthened considerably in 2014. The unemployment rate has fallen 1.4 percentage point over the last twelve months, tying the drop from June 2013 to June 2014 as the largest decline in any twelve-month period over the last 30 years. The broader measures of labor underutilization published by the Bureau of Labor Statistics -- including some people who have withdrawn from the labor force or who are working part-time for economic reasons -- are falling as fast or faster than the official unemployment rate. Over the last year, declining long-term unemployment has accounted for more than half of the decline in the overall unemployment rate, a disproportionate share given that about one-third of the jobless are long-term unemployed. These positive developments have come amid a stabilization in the labor force participation rate, following several years of declines that have been driven by a combination of cyclical and structural factors. Falling unemployment and a stable participation rate mean that the employment-to-population ratio has risen by a full percentage point since its recent low last October. 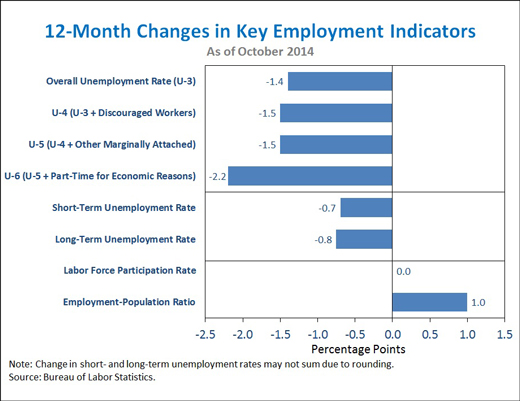 While more must still be done to help these veterans find work, progress has been made. The unemployment rate for post-9/11 veterans has been cut by more than 4 percentage points from its peak (based on the twelve-month moving average). The President proposed expanded tax credits for veterans hiring in 2011 and subsequently signed them into law, and through the Joining Forces campaign led by First Lady Michelle Obama and Dr. Jill Biden, companies have already hired over half a million veterans and military spouses. Further progress will be made by helping veterans find jobs in key industries like construction and solar energy. 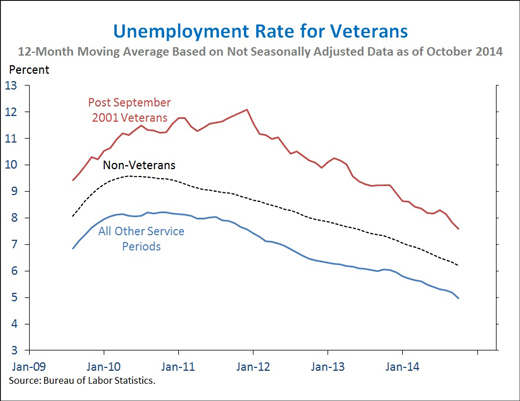 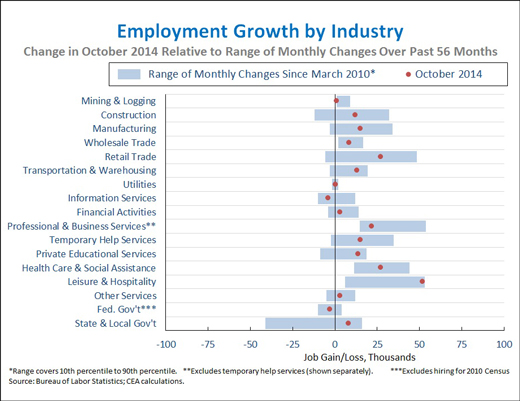