Keeping Up on the Minimum Wage

November 7, 2014 at 3:26 PM ET by Secretary Thomas E. Perez, Secretary Tom Perez
Twitter Facebook Email
Summary:
It’s been almost two years since President Obama first called for an increase in the national minimum wage. He believes more strongly than ever that no one who works full-time should have to raise a family in poverty.

It’s been almost two years since President Obama first called for an increase in the national minimum wage.

He believes more strongly than ever that no one who works full-time should have to raise a family in poverty. He believes that the current rate of $7.25 per hour undermines our basic bargain, failing to reward hard work with a fair wage.

But Congress hasn’t exactly seen it that way. Republicans have said "no" to even allowing a Senate vote on a bill that would raise the minimum wage to $10.10 -- without adding any new taxes, spending, or bureaucracy -- and meanwhile, public support only continues to grow. Bottom line: They’re not keeping up with the views of people around the country. In Tuesday’s election, a higher minimum wage went five-for-five. By convincing margins, voters in Alaska (69 percent), Arkansas (65 percent), Nebraska (59 percent), South Dakota (53 percent), and Illinois (67 percent) said loud and clear that they want to give hardworking people a raise.

Alaska, Arkansas, Nebraska, and South Dakota (all reliably red states, by the way) will implement changes in their state law, with a total of about 325,000 people set to get a raise. (The Illinois ballot measure was a non-binding resolution urging the state legislature to act.)

These results come on top of coast-to-coast grassroots progress in recent months. Since the beginning of 2013, 13 other states, plus the District of Columbia and several localities, raised their minimum wages, either through referendum or legislative action -- with 7 million Americans set to get a raise from these actions. So that's 17 total states that will now have taken decisive action on raising their minimum wages. And the President -- as part of his year of action -- signed an Executive Order raising the minimum wage to $10.10 per hour for federal contract workers.

Also, the U.S. minimum wage isn’t keeping up with the rest of the world -- we rank third-to-last among OECD nations (when you measure minimum wage as a percentage of median wage). 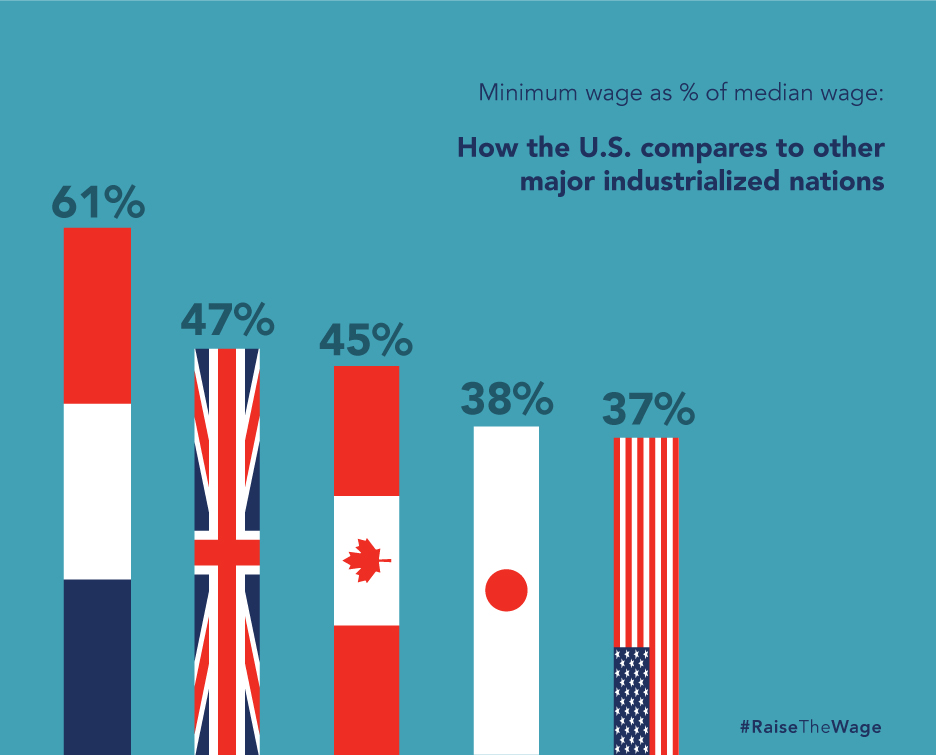 To Americans, this isn’t a question of partisanship, but of common sense. They see their neighbors struggling -- choosing between buying a gallon of gas or a gallon of milk. They see their local businesses losing sales because of lagging consumer demand. They know that putting a few more hard-earned dollars in people’s pockets is the right thing and the smart thing to do.

They want everyone to enjoy the benefits of our growing, recovering economy. They want broadly shared prosperity. They’ve demonstrated it with their votes. Now it’s time for Congress to follow the lead of the people they’re elected to represent. It’s time to keep up. It’s time to pass $10.10 for workers across the country.