President Obama Heads to Beijing, Kicking Off Trip to Asia and Australia

November 10, 2014 at 8:53 PM ET by David Hudson
Twitter Facebook Email
Summary:
President Obama heads to Beijing to kick off his sixth trip to Asia as President -- and his second trip to Asia in 2014. 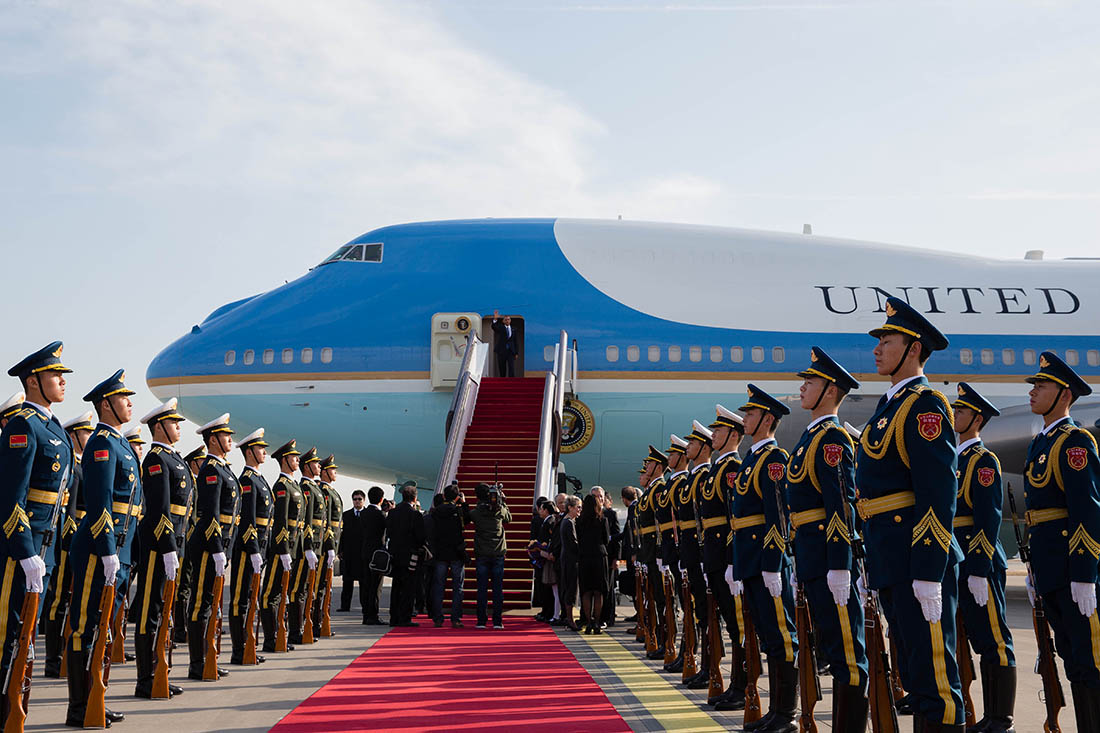 The trip -- which will also include stops in Burma and Australia -- will underscore the President's deep commitment to his Asia rebalancing strategy, and will reiterate his firm belief that America's trade and investment ties to Asia are critical to our future economic growth and the creation of American jobs.

Shortly after touching down in Beijing, President Obama held a bilateral meeting with President Joko Widodo of Indonesia. Before their meeting, President Obama congratulated President Widodo on "an inspiring election," and emphasized that "the United States wants to be a strong partner with Indonesia in helping achieve its goals."

In the afternoon, President Obama met with leaders of countries in the Trans-Pacific Partnership (TPP) -- a proposed agreement that addresses new and emerging trade issues in the region. The President explained that the TPP is "a high priority for our nations and for the region," and called today's meeting an opportunity to "break some remaining logjams" at the political level:

We’re here today because the Trans-Pacific Partnership is a high priority for our nations and for the region. As President, strengthening American leadership in the Asia Pacific has been one of my top foreign policy priorities. And central to that objective is working with some of our most important trading partners to find ways in which we can facilitate increased growth for all of us, increased investment for all of us, improve jobs prospects for all of us.

And what we are seeing is momentum building around a Trans-Pacific Partnership that can spur greater economic growth, spur greater jobs growth, set high standards for trade and investment throughout the Asia Pacific. And I don’t think I have to explain to the press why this region is so important. This is the fastest-growing, most populous, most dynamic region in the world economically.

During the past few weeks, our teams have made good progress in resolving several outstanding issues regarding a potential agreement. Today is an opportunity at the political level for us to break some remaining logjams. To ensure that TPP is a success, we also have to make sure that all of our people back home understand the benefits for them -- that it means more trade, more good jobs, and higher incomes for people throughout the region, including the United States. And that’s the case that I’ll continue to make to Congress and the American people. And I know that the leaders here are committed to making that case as well. 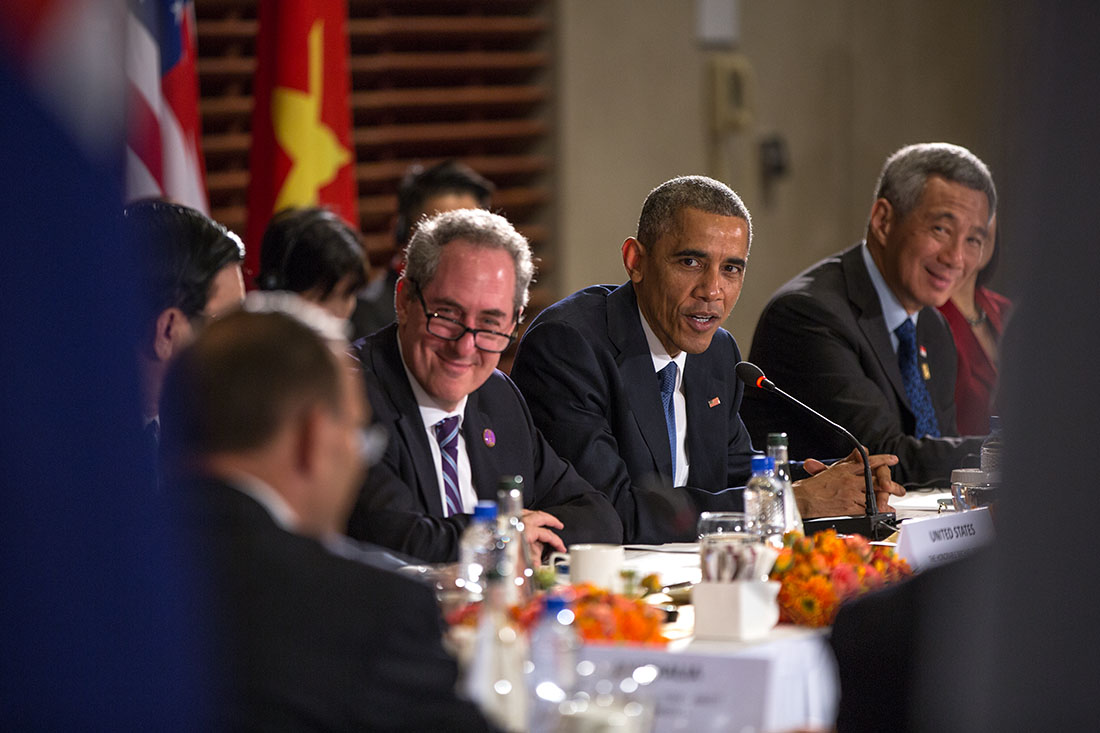 After a meet-and-greet with U.S. Embassy personnel in Beijing, President Obama held another bilateral meeting with Prime Minister Tony Abbott of Australia.

In remarks following their meeting, the President thanked the Prime Minister for the security partnership between the U.S. and Australia, and also noted the strong economic partnership between our two countries. The two heads of state also discussed upcoming opportunities, including the Trans-Pacific Partnership, the Asia-Pacific Economic Cooperation (APEC), and the East Asia Summit.

"We find that Australia consistently shares values, ideals, a sense of global responsibility that is unparalleled," President Obama said. "And we very much appreciate our friendship and our cooperation, and are confident that over the next several days we'll be making progress on all these fronts."

The President then headed to the Chinese National Convention Center to deliver remarks at this year's APEC CEO Summit. The annual summit brings together heads of state, economic leaders, and business executives from across the world to discuss economic issues in the Asia-Pacific region, and to promote regional trade, investment, and cooperation.

In his remarks, the President explained why "few global forums are watched more closely by the business community" than the APEC CEO Summit:

I’ve now had the privilege to address the APEC CEO summit in Singapore, in Yokohama, and in my original hometown of Honolulu, now in Beijing. And I think it’s safe to say that few global forums are watched more closely by the business community. There’s a good reason for that. Taken together, APEC economies account for about 40 percent of the world’s population, and nearly 60 percent of its GDP. That means we’re home to nearly three billion customers, and three-fifths of the global economy. 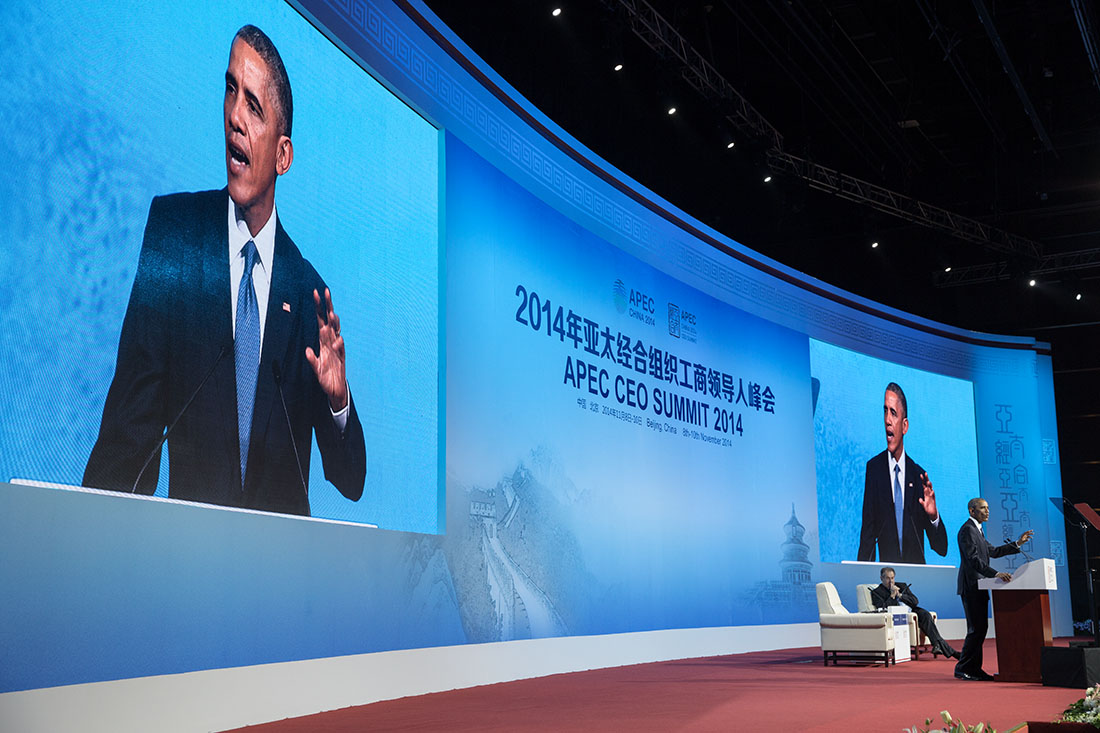