Letters to the President: Kristy and the Affordable Care Act

November 12, 2014 at 4:34 PM ET by Max Sgro
Twitter Facebook Email
Summary:
Last November, Kristy Borum of Canyon Lake, Texas sat down to write a letter to President Obama about the Affordable Care Act. This is her story.

Every day, thousands of Americans write the President about the issues that matter most to them -- and my job is to help sort through them. This post is part of a series that will help highlight the stories of Americans who have written the President about the Affordable Care Act and what it means to them. Starting November 15, you can visit HealthCare.gov to shop for and enroll in a plan that works for you.

The voices of people across America inform the President and give him invaluable perspective on the progress we've made -- as well as the work we've got left to do. If you want to write the President yourself, you can do that here.

Last November, Kristy Borum of Canyon Lake, Texas sat down to write a letter to President Obama about the Affordable Care Act.

For years, Kristy explained in her letter, she had supported herself and her children by driving 18-wheeler trucks throughout the U.S. This job allowed her to provide for her family, but did not provide health insurance. And unfortunately for Kristy, private insurance on the open market was not in the budget. Kristy is on Medicare now, but she wasn't a couple of years ago, before the ACA took full effect -- when she became seriously ill and spent 27 days in the hospital. Kristy had been without insurance coverage for decades—and by the time she returned home from the hospital she owed almost $100,000 in medical bills.

She wrote to the President that as a working mother she never had time to worry about politics, so when she heard the debate over the Affordable Care Act, she wanted to let the President know what she felt.

“The affordable health care act will help so many like me. It is still worth fighting for,” she wrote. 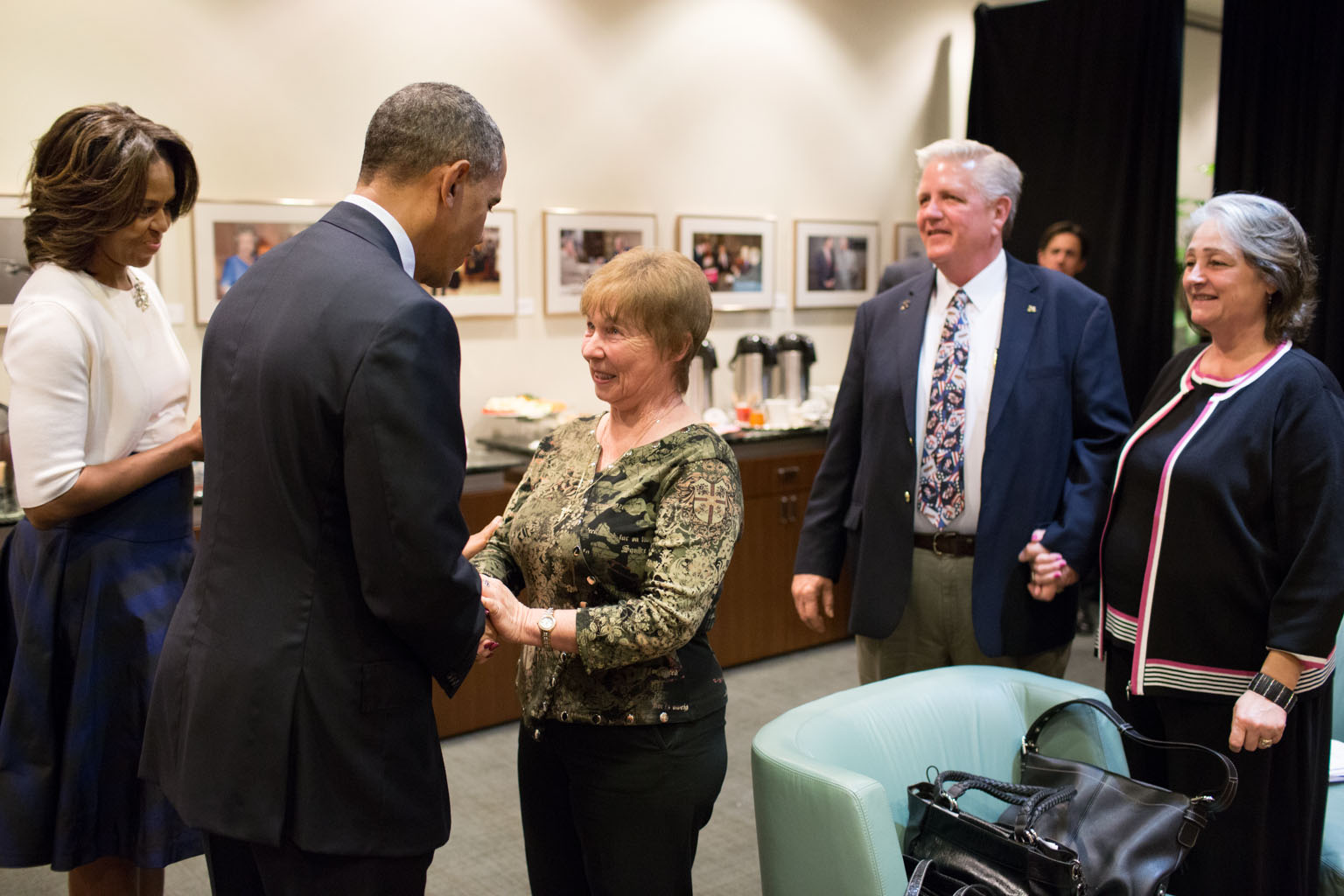 For Kristy and millions of other hardworking Americans, health insurance is not a political issue. Having good health coverage means being able to care for their children, it means knowing they can see a doctor for a physical, it means financial security—it means peace of mind. When President Obama visited Austin this summer, he dropped by to see Kristy. She was glad to meet him and was in good health. She had also almost finished paying off her medical bills, although as she had explained in her letter, she had “really gone without to get there” and had even been forced to deplete her retirement savings. Kristy has been through a lot, but she told the President she will be ok—“When the truckin gets tough the tough get truckin,” she told him.

For too long, millions of Americans without access to affordable, high-quality health insurance have lacked the tools to take care of their health or to protect their finances from a sudden illness like Kristy’s, but now they have the chance to get covered with quality, affordable insurance under the Affordable Care Act. As Kristy candidly told the President, she could see in the President’s face that the Affordable Care Act had taken its toll on him, but being without health insurance has taken its toll on the American people—and that needed to stop.

The Heath Insurance Marketplace at HealthCare.gov is one way the Affordable Care Act is expanding health coverage to many Americans. These insurance marketplaces—established in all 50 states—are where everyone can go to explore their coverage options and purchase quality insurance. Millions of Americans are now covered under insurance acquired through the Marketplaces. This year’s open enrollment period begins on November 15, 2014. Starting November 15, you can shop for coverage that fits your needs and your budget at HealthCare.gov. The high-quality health insurance offered through the Marketplaces features strong protections that many insurance companies didn’t provide before, and no one can be denied or charged more based on pre-existing conditions. Low- and middle-income families are eligible for financial assistance that lowers their monthly premiums and finally makes coverage affordable, while other low-income families may find that they are eligible for their State’s Medicaid program.

The Affordable Care Act is all about protecting people like Kristy—hardworking Americans and their families. People who “keep on truckin,” and deserve to be protected no matter what life throws at them.

On November 15th, you can check out your family’s options and get covered at HealthCare.gov.