Last week, representatives from countries around the world met in Geneva, Switzerland, for the Eleventh Plenary Session of the Group on Earth Observations (GEO-XI).  The intergovernmental Group on Earth Observations (GEO) is a collaborative, multi-national organization created to help connect the thousands of technological tools around the world that measure, monitor, and predict the state of Earth’s land, waters, and atmosphere.

Established in 2005, GEO comprises 95 governments and 77 organizations working together around a guiding principle of open data — a principle that President Obama committed the United States to upholding in a May 2013 Executive Order. This Executive Order calls on all Federal agencies to ensure that new data sets are released in open and machine-readable formats.

Since 2005, the U.S. has had an active leadership role as one of four permanent members of GEO’s Executive Committee.  The White House Office of Science and Technology Policy (OSTP) supports this leadership by working to maximize the public benefits of the Federal government’s investment in civil Earth observation activities. This work is carried out by the National Science and Technology Council’s U.S. Group on Earth Observations (USGEO), an interagency body chaired by OSTP. 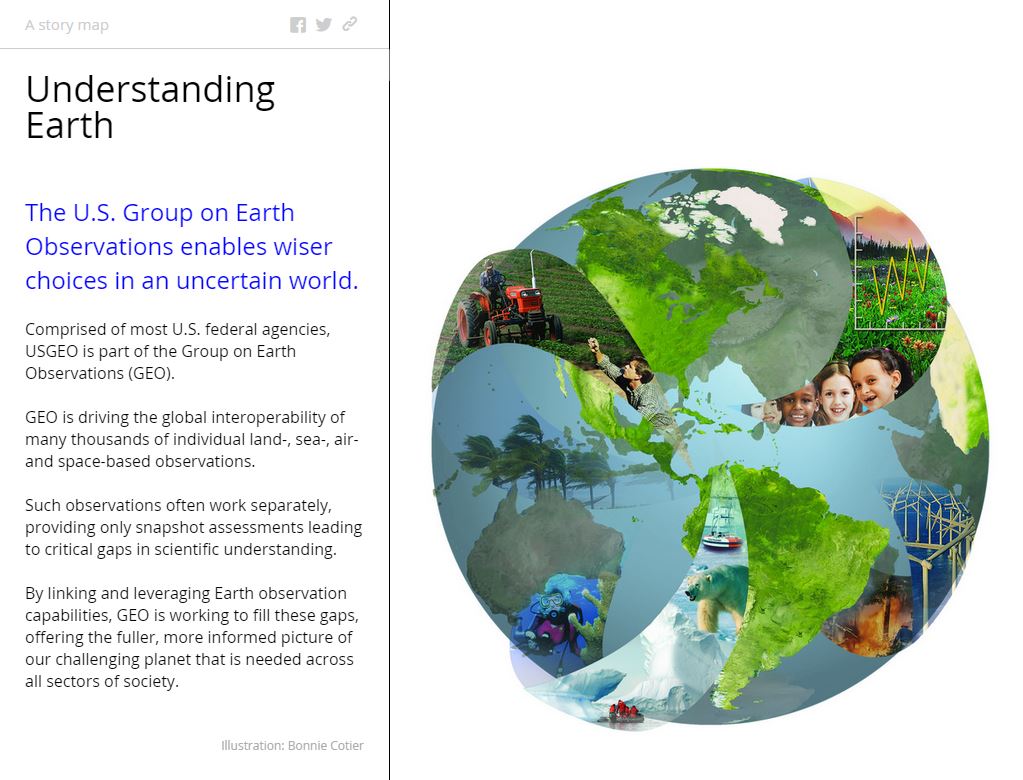 Maximizing the value of the Earth observations collected by Federal agencies involves making observation data accessible to users worldwide.  In this spirit, President Obama announced at the recent United Nations Climate Summit that the United States would release elevation data for most of the Earth’s land surfaces. These data will improve understanding of environmental change and societal ecosystem and vulnerability in countries worldwide, and their release underscores the U.S. commitment to address the environmental impacts of extreme weather and climate change.

The U.S. elevation data for most of the African continent were released in September 2014, a move that was welcomed by the international development community then and by GEO-XI delegates this month.  Additional regional data sets will be released periodically over the next year, and the entire global data set will be publicly available by September 2015.

Timothy Stryker is Director of the U.S. Group on Earth Observations Program.