This Day in History: Seven Score and 11 Years Ago...

November 19, 2014 at 10:19 AM ET by Kajal Singh
Twitter Facebook Email
Summary:
On this day in history, President Abraham Lincoln gave one of his most iconic speeches -- The Gettysburg Address.

On November 19, 1863, speaking at the Gettysburg National Cemetery in Pennsylvania, President Abraham Lincoln gave one of his most iconic speeches -- the Gettysburg Address.

What Was the Gettysburg Address All About?

As it turns out, President Lincoln wasn’t actually intended to be the keynote speaker. He attended the ceremony to dedicate a cemetery for fallen Union soldiers who had fought in the Battle of Gettysburg. After the initial keynote speaker Edward Everett -- a popular orator at the time -- spoke for two hours, President Lincoln gave a two-minute speech highlighting the overarching purpose of the Civil War.

What Are Some of the Most Famous Lines from the Speech?

We often remember segments of the Gettysburg Address, as they are heavily quoted in history books and speeches. Below are some of the most notable excerpts from the address:

"Fourscore and seven years ago our fathers brought forth on this continent, a new nation, conceived in liberty, and dedicated to the proposition that all men are created equal."

"Now we are engaged in a great civil war, testing whether that nation, or any nation so conceived and so dedicated, can long endure."

"...we here highly resolve that these dead shall not have died in vain -- that this nation, under God, shall have a new birth of freedom -- and that government of the people, by the people, for the people, shall not perish from the earth."

Where Are the Original Copies of the Gettysburg Address?

Well, there are currently five known transcripts of the Gettysburg Address. Of those five transcripts, two are in the Library of Congress and the others are now in:

Through cold war and world war, through industrial revolutions and technological transformations, through movements for civil rights and women’s rights and workers’ rights and gay rights, we have. At times, social and economic change have strained our union. But Lincoln’s words give us confidence that whatever trials await us, this nation and the freedom we cherish can, and shall, prevail.

Interested in finding out more about the Gettysburg Address or President Lincoln? Check out these useful resources: 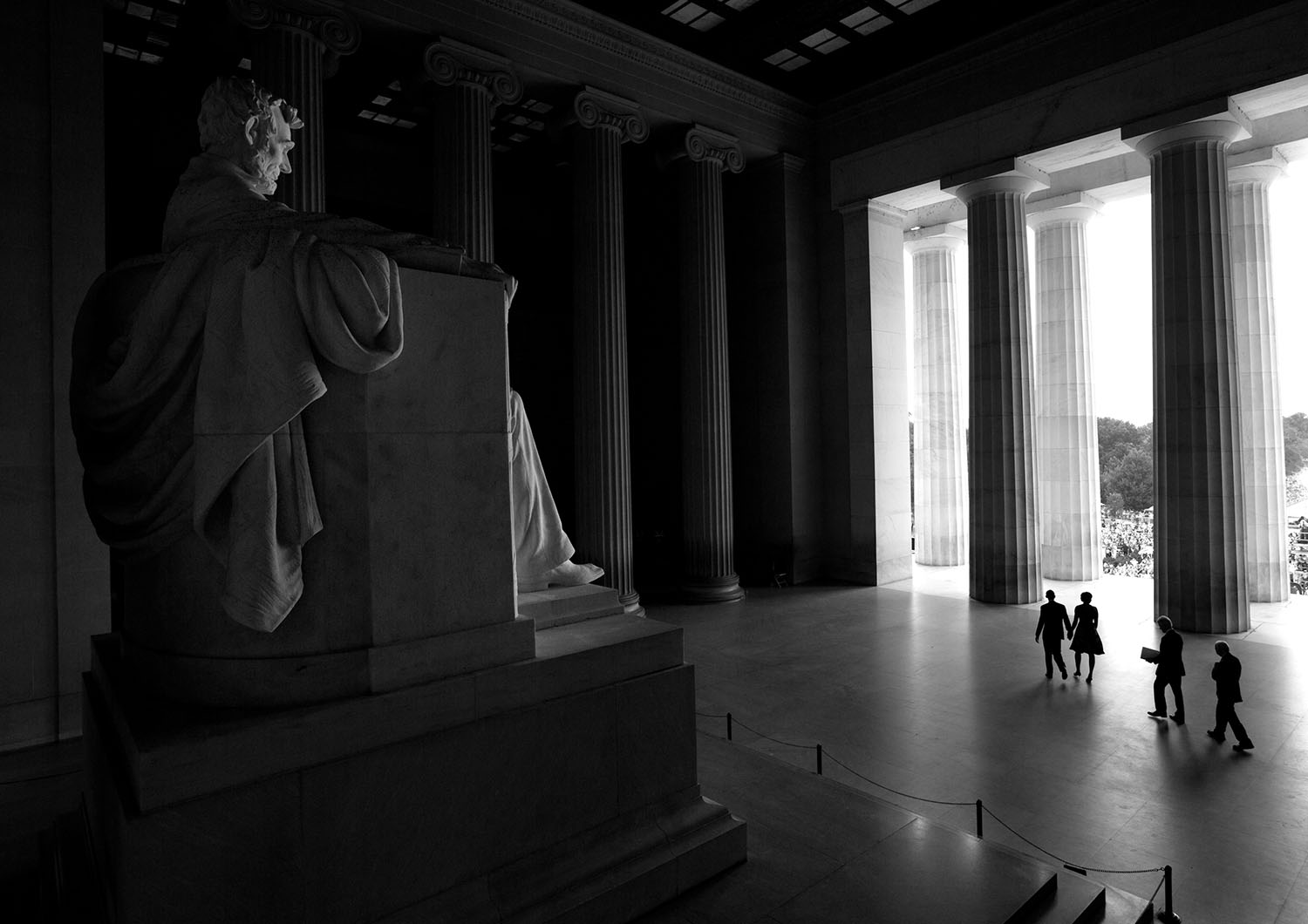 "Chuck Kennedy worked with the National Park Service to be able to photograph from this angle at the Lincoln Memorial as the President, First Lady, and former Presidents Bill Clinton and Jimmy Carter walked to the stage during the ceremony for the 50th anniversary of the historic 1963 March on Washington for Jobs and Freedom." (Official White House Photo by Chuck Kennedy)