Tune In: The President Addresses the Nation on Immigration Reform

November 19, 2014 at 1:00 PM ET by Josh Earnest
Twitter Facebook Email
Summary:
President Obama will address the nation to lay out the executive actions he’s taking to fix our immigration system. 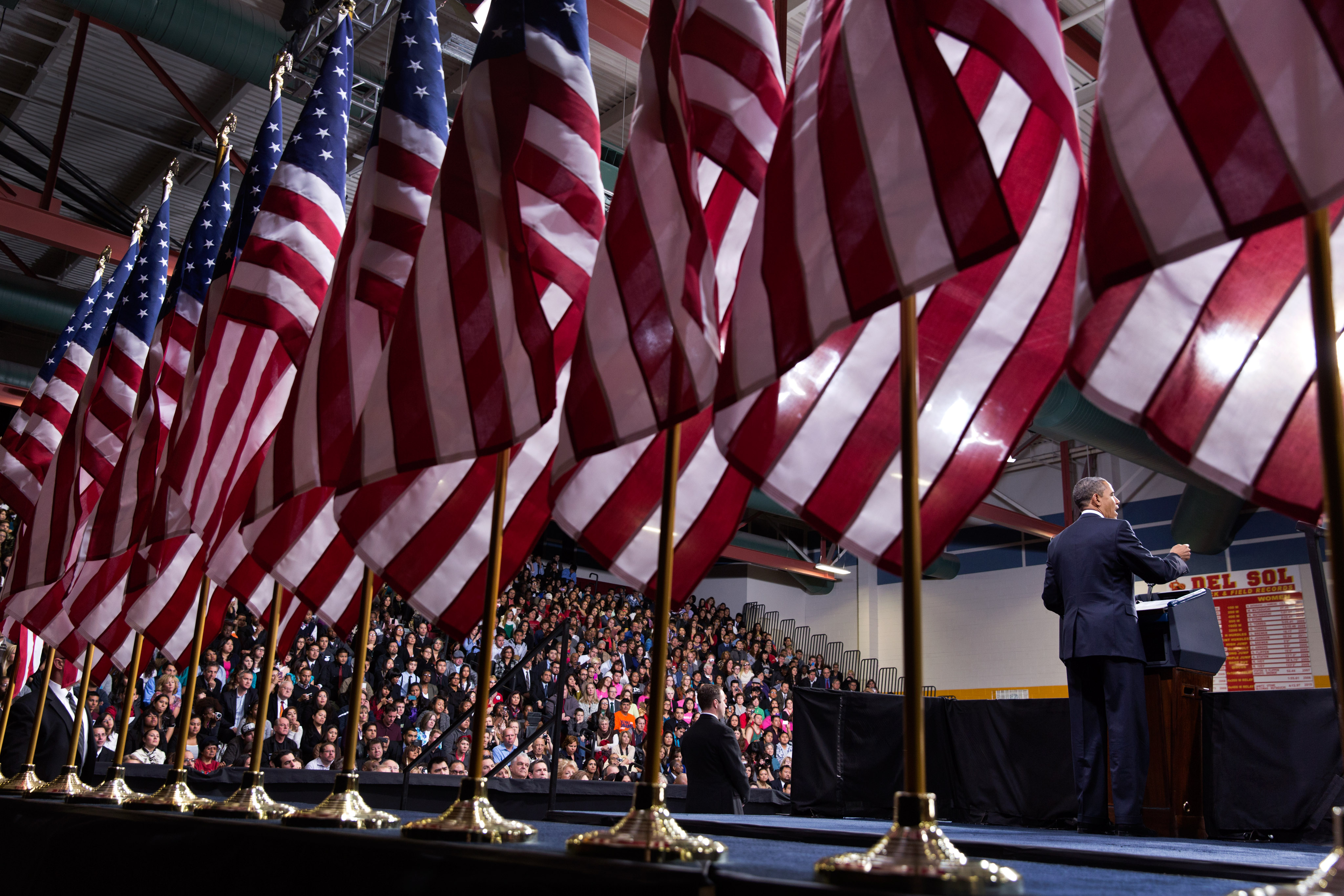 Our immigration system has been broken for decades -- and every minute we fail to act, millions of people who live in the shadows but want to play by the rules and pay taxes have no way to live right by the law and contribute to our country.

So tomorrow night, President Obama will address the nation to lay out the executive actions he’s taking to fix our broken immigration system. You can watch the President live tomorrow night at 8 p.m. ET at WhiteHouse.gov/Live. 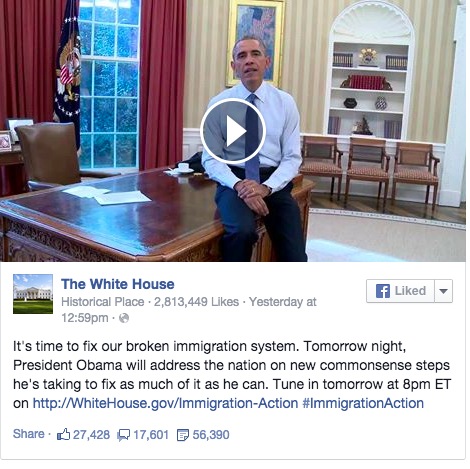 This is a step forward in the President’s plan to work with Congress on passing common-sense, comprehensive immigration reform. He laid out his principles for that reform two years ago in Del Sol High School in Las Vegas -- and that’s where he’ll return on Friday to discuss why he is using his executive authority now, and why Republicans in Congress must act to pass a long-term solution to immigration reform.

The Senate passed a bipartisan bill more than 500 days ago, and while the country waits for House Republicans to vote, the President will act -- like the Presidents before him -- to fix our immigration system in the ways that he can.

So tune in tomorrow night at 8 p.m. ET to learn what the President is doing to ensure that America will continue to be what it has always been: a nation of laws and a nation of immigrants.