"We Were Strangers Once, Too": The President Announces New Steps on Immigration

November 20, 2014 at 9:25 PM ET by Tanya Somanader
Twitter Facebook Email
Summary:
President Obama addresses the nation on the executive actions he is taking to help fix what he can.

Since the founding of our nation, we've weaved a tradition of welcoming immigrants into the very fabric of who we are. It's what keeps us dynamic, entrepreneurial, and uniquely American.

But, as we know all too well, America's immigration system is broken. So tonight, President Obama addressed the nation on the executive actions he is taking to help fix what he can:

1. We will build on our progress at the border with additional resources for our law enforcement personnel.

Today, we have more agents and technology deployed to secure our southern border than at any time in our history. And over the past six years, illegal border crossings have been cut by more than half. Although this summer, there was a brief spike in unaccompanied children being apprehended at our border, the number of such children is now actually lower than it’s been in nearly two years. Overall, the number of people trying to cross our border illegally is at its lowest level since the 1970s.  Those are the facts.

2. We will make it easier and faster for high-skilled immigrants, graduates, and entrepreneurs to stay and contribute to our economy, as so many business leaders have proposed.

3. We will take steps to deal responsibly with the millions of undocumented immigrants who already live in our country.

Read more about the details of the President's actions at WhiteHouse.gov/Immigration-Action.

Families who enter our country the right way and play by the rules watch others flout the rules. Business owners who offer their workers good wages and benefits see the competition exploit undocumented immigrants by paying them far less. All of us take offense to anyone who reaps the rewards of living in America without taking on the responsibilities of living in America. And undocumented immigrants who desperately want to embrace those responsibilities see little option but to remain in the shadows, or risk their families being torn apart.

We are a nation of immigrants, and we are a nation of laws. We must hold accountable those who broke the law, while understanding that the mass deportation of millions of Americans is neither possible nor in keeping with who we are as Americans. That is why the President is focusing enforcement resources on actual threats to our security: "Felons, not families. Criminals, not children. Gang members, not a mom who's working hard to provide for her kids."

President Barack Obama delivers an address to the nation on immigration, from the East Room of the White House, Nov. 20, 2014. (Official White House Photo by Pete Souza)

"I continue to believe that the best way to solve this problem is by working together to pass that kind of common-sense law."

So here is the deal the President put forward tonight:

If you’ve been in America for more than five years; if you have children who are American citizens or legal residents; if you register, pass a criminal background check, and you’re willing to pay your fair share of taxes -- you’ll be able to apply to stay in this country temporarily, without fear of deportation. You can come out of the shadows and get right with the law.

Here is what this deal is not: Amnesty. Amnesty is the immigration system we have now, in which millions of people live here without paying their taxes or playing by the rules, and politicians use this issue to scare and divide Americans.

That's the real amnesty -- leaving this broken system the way it is. Mass amnesty would be unfair. Mass deportation would be both impossible and contrary to our character. What I’m describing is accountability -- a common-sense, middle ground approach: If you meet the criteria, you can come out of the shadows and get right with the law. If you’re a criminal, you’ll be deported. If you plan to enter the U.S. illegally, your chances of getting caught and sent back just went up.

The best and most definitive way to fix the system is to pass comprehensive and common-sense immigration reform in Congress. Last year, 68 Democrats, Republicans, and independents in the Senate came together to do just that. That bipartisan bill would have doubled the number of Border Patrol agents; given undocumented immigrants a pathway to citizenship if they pay a fine, start paying taxes, and go to the back of the line; and boosted our economy while shrinking the deficit.

"What makes us Americans is our shared commitment to an ideal -- that all of us are created equal, and all of us have the chance to make of our lives what we will."

But more than 500 days later, Republicans in the House continue to block the bipartisan bill from a vote. "Had the House of Representatives allowed that kind of a bill a simple yes-or-no vote, it would have passed with support from both parties, and today it would be the law," the President noted.

So the President had to act, just as every president since President Eisenhower has over this last half century.

To those Members of Congress who question my authority to make our immigration system work better, or question the wisdom of me acting where Congress has failed, I have one answer: Pass a bill.

We are a nation that welcomes the tired, the poor, and the huddled weary who yearn to breathe free and build a better life for their children.

As the President said:

Scripture tells us that we shall not oppress a stranger, for we know the heart of a stranger -- we were strangers once, too.

My fellow Americans, we are and always will be a nation of immigrants. We were strangers once, too. And whether our forebears were strangers who crossed the Atlantic, or the Pacific, or the Rio Grande, we are here only because this country welcomed them in, and taught them that to be an American is about something more than what we look like, or what our last names are, or how we worship.  What makes us Americans is our shared commitment to an ideal – that all of us are created equal, and all of us have the chance to make of our lives what we will. 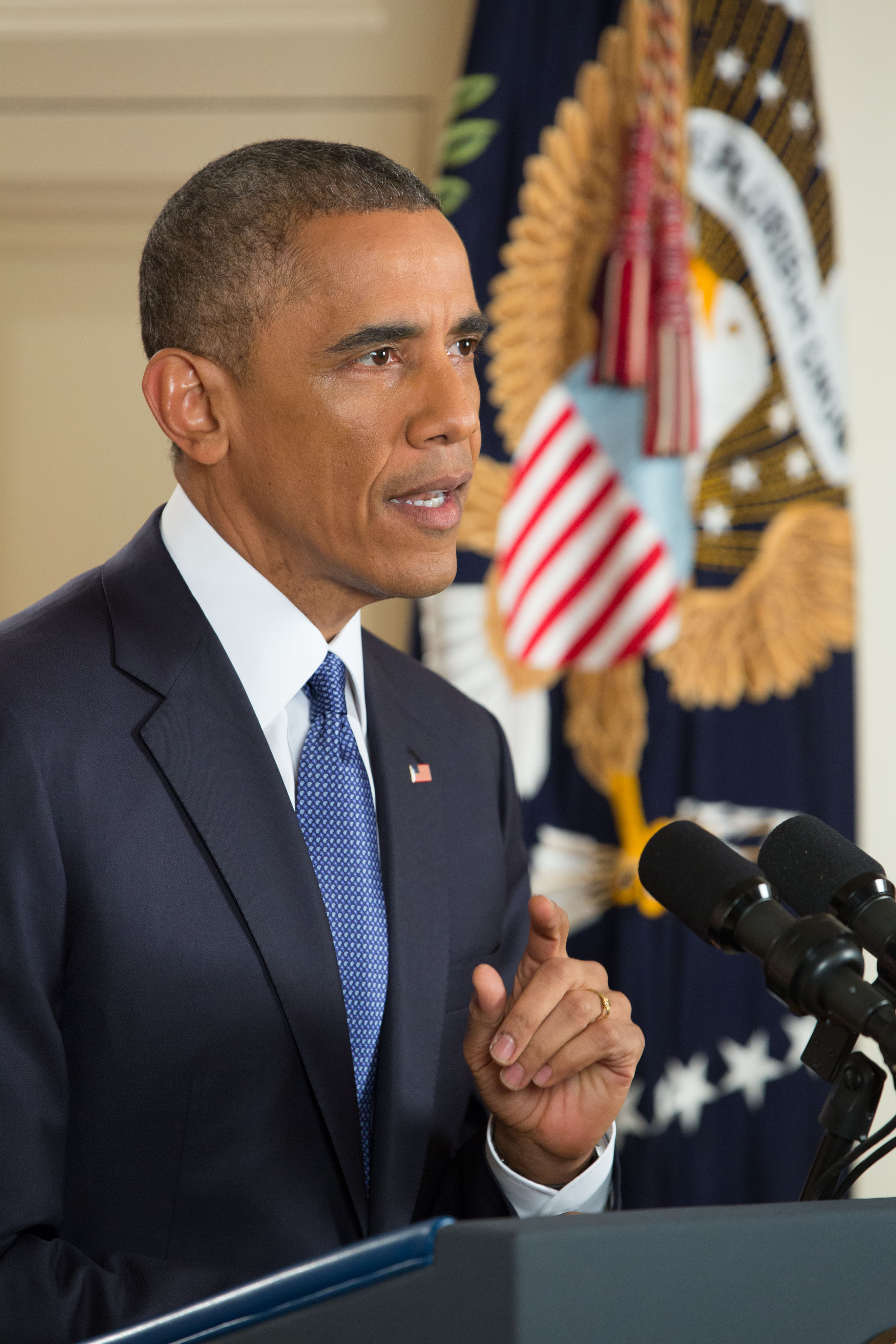 President Barack Obama delivers an address to the nation on immigration, from the East Room of the White House, Nov. 20, 2014. (Official White House Photo by Pete Souza)