Before he began his remarks at Del Sol High School -- the same place where he called on Congress to act on comprehensive immigration reform nearly two years ago -- the President was introduced by Astrid Silva, an immigrant and college student who he mentioned in last night's address.

Astrid, who was brought to the United States as a young child, found out as she grew up that she was undocumented. Fearing that she and her brother could be separated from their dad, Astrid decided to become an advocate for fellow DREAMers, stand up for her family, and fight to make a difference in America.

"Part of what makes America exceptional is that we welcome exceptional people like Astrid," the President said. "It makes us stronger. It makes us vibrant and dynamic. It makes us hopeful. We are a nation of immigrants, and that means that we’re constantly being replenished with strivers who believe in the American Dream."

"It continues the promise that here in America, you can make it if you try, regardless of where you come from, regardless of the circumstances of your birth." 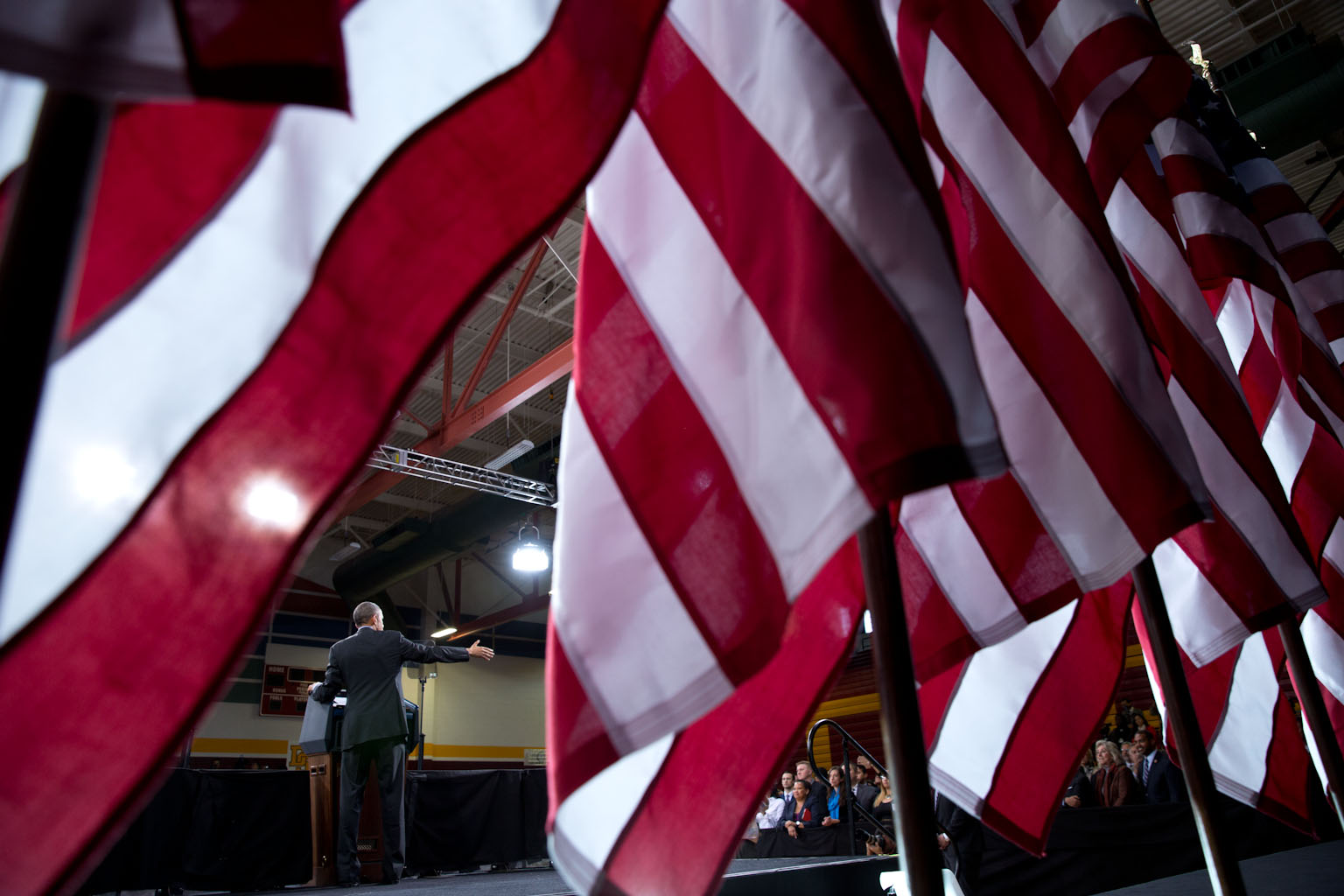 As the President noted in his remarks, it's been 512 days since the Senate passed a bipartisan immigration bill. But for the year and a half since the bill passed, Republican leaders in the House of Representatives have blocked it from a simple yes-or-no vote:

It was a sensible bill, and all these members of Congress, they worked on it and were supportive of it. And independent experts -- not me -- people who analyze the economy for a living, they said that over two decades, the new law would grow our economy, shrink our deficits. In other words, it would help to solve some big problems in a bipartisan way. And nobody was happier than me. And when it passed the Senate, we said, all right, let’s send it over to the House, we’ve got the votes in the House. We’ve got Democrats and Republicans who were prepared to vote for it in the House.

It has now been 512 days -- a year and a half -- in which the only thing standing in the way of that bipartisan bill and my desk so that I can sign that bill, the only thing that’s been standing in the way is a simple yes-or-no vote in the House of Representatives. Just a yes-or-no vote. If they had allowed a vote on that kind of bill, it would have passed. I would have signed it. It would be the law right now. 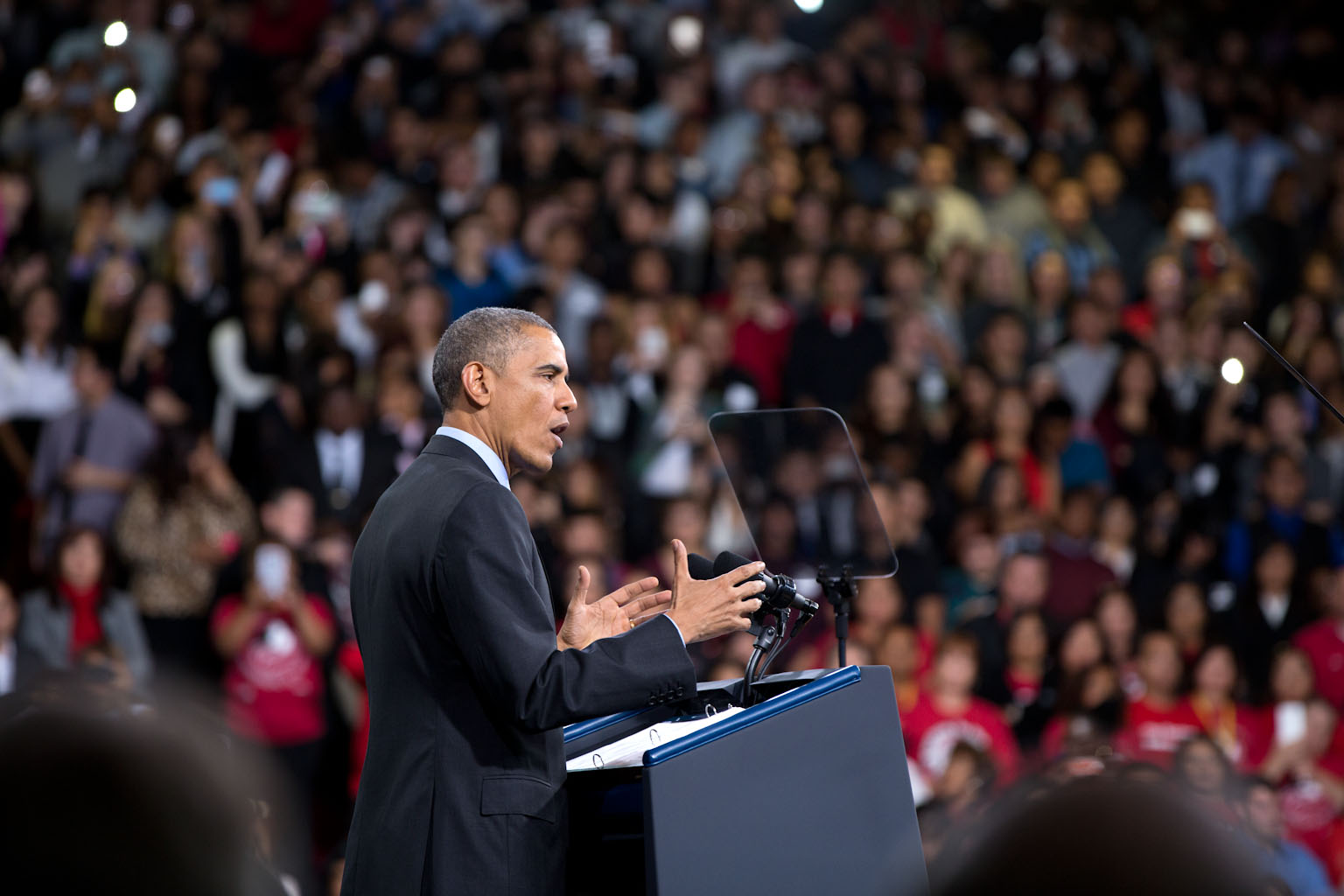 President Obama reiterated that he will continue to work with Congress to make permanent, comprehensive, common-sense immigration reform a reality. Until then, however, he will take actions -- within his executive authority as President -- to make America's immigration system more fair and more just.

The actions he first announced last night are a clear example, as they will:

As the President did last night, he took time to further explain that last action, as it's "the one that brings up the strongest passions on both sides." While noting that this is just a first step and not the only step, the President explained what the deal entails:

If you’ve been in America for more than five years; if you have children who are American citizens or legal residents; if you register, you pass a background check, you are willing to pay your fair share of taxes -- then you’re going to be able to apply to stay in this country temporarily without fear of deportation. You can come out of the shadows, get right with the law.

Now, let’s be clear on what this deal is, and what it isn’t. This action doesn’t apply to anybody who has come to this country recently. You can’t show up for a week and then suddenly apply -- you can’t. Because borders mean something. It doesn’t apply to anybody who might come illegally in the future. While I support a path to citizenship -- and so do all these legislators here -- this action doesn’t grant citizenship, or the right to stay permanently, or receive the same benefits that citizens receive -- only Congress can do that. All we’re saying is we’re not going to deport you and separate you from your kids.

Now, if you’ve taken responsibility, you’ve registered, undergone a background check, you’re paying taxes, you’ve been here for five years, you’ve got roots in the community -- you’re not going to be deported.

"What we are offering is accountability. It's a common-sense, middle-ground approach. If you meet the criteria, you can come out of the shadows, you can get right with the law."

The President closed his remarks by making clear that the immigration debate deserves more than the usual politics, as "this is about something bigger."

We’re not a nation that kicks out strivers and dreamers who want to earn their piece of the American Dream. We’re a nation that finds a way to welcome them. We make them earn it, but we welcome them in as fellow human beings, fellow children of God. And we harness their talents to make the future brighter for everybody.

We didn’t raise the Statue of Liberty with her back to the world, we did it with her light shining as a beacon to the world. And whether we were Irish or Italians or Germans crossing the Atlantic, or Japanese or Chinese crossing the Pacific; whether we crossed the Rio Grande or flew here from all over the world -- generations of immigrants have made this country into what it is. It’s what makes us special.

For generations, America -- by choice and Americans by birth have come together to renew that common creed and move this country forward that brought us to this moment. That is the legacy that we now have to deliver to the next generation. 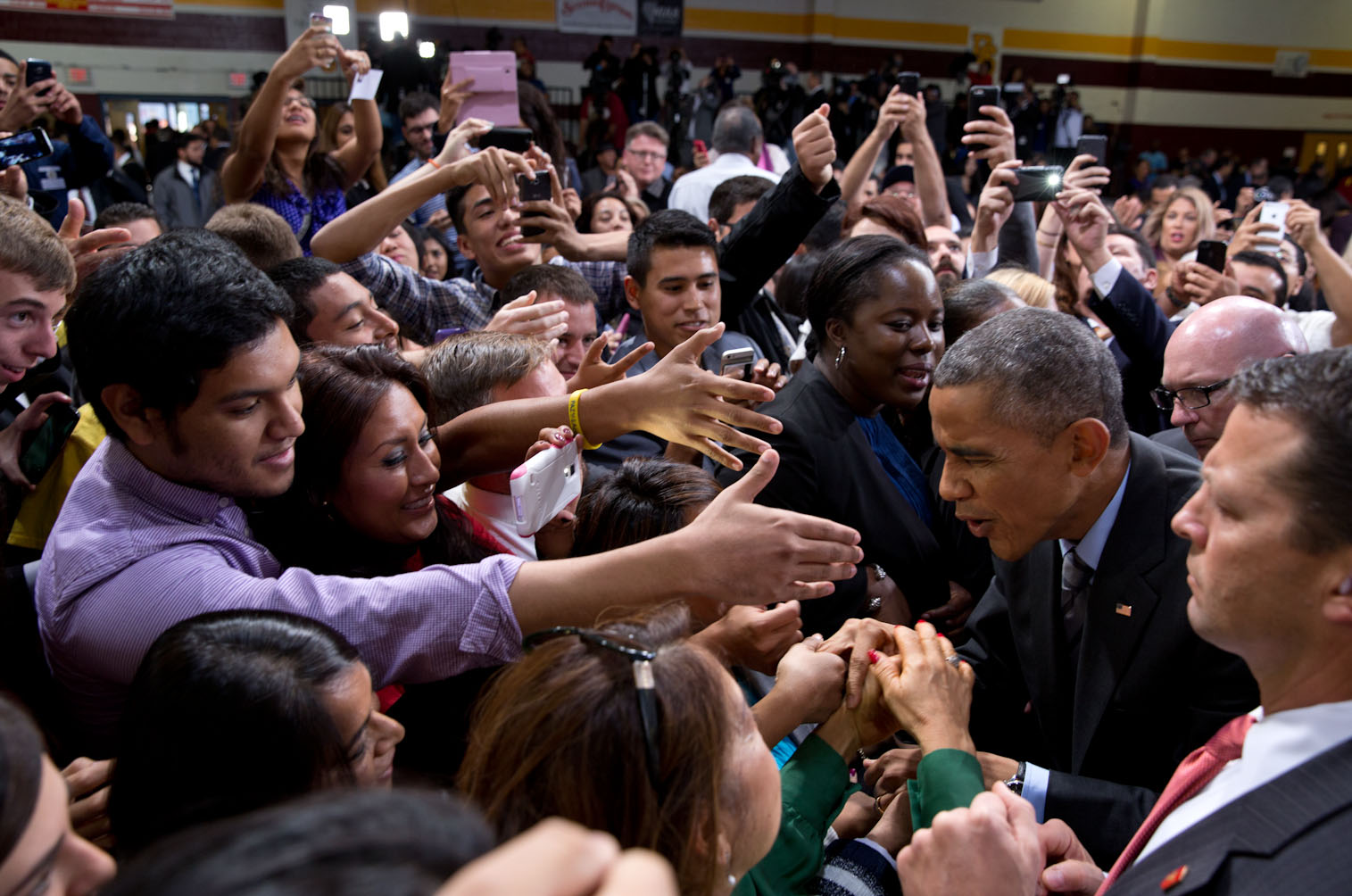