Keeping Up With the Cabinet: Our Trip to the Global Entrepreneurship Summit

November 24, 2014 at 8:26 PM ET by Secretary Penny Pritzker and Administrator Maria Contreras-Sweet
Twitter Facebook Email
Summary:
As the Secretary of Commerce and the Administrator of the SBA, we were proud to represent the U.S. this week at the premier forum on entrepreneurship in the world: the Global Entrepreneurship Summit (GES). 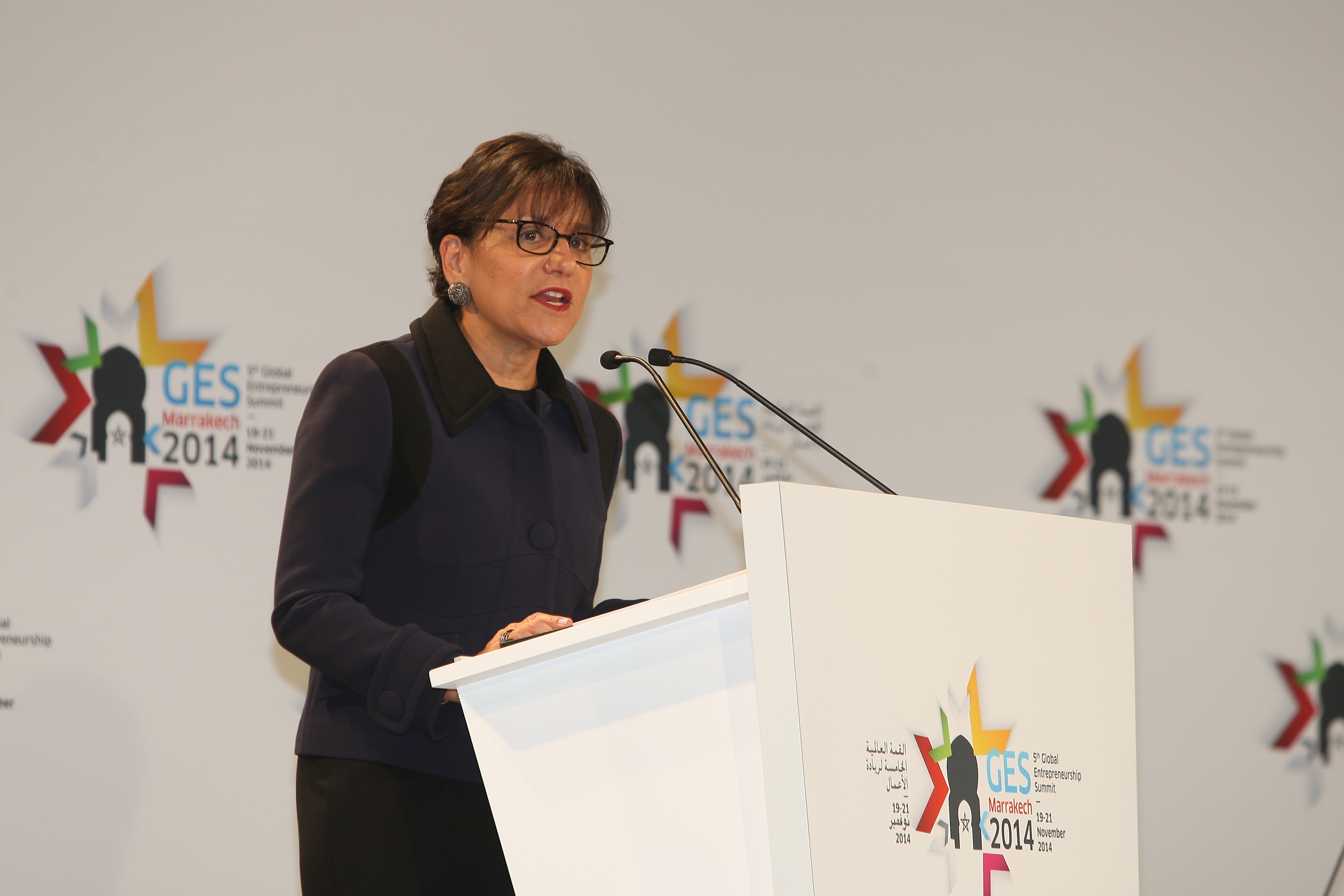 President Obama and our Administration understand the importance of start-ups and small businesses to economic growth in the United States and around the world. As the Secretary of Commerce and the Administrator of the Small Business Administration (SBA), we were proud to represent the U.S. last week at the premier forum on entrepreneurship in the world: the Global Entrepreneurship Summit (GES).

Traveling to Morocco with a delegation led by Vice President Biden, we came to GES with a clear purpose: to reaffirm President Obama’s commitment to entrepreneurship worldwide and to emphasize America’s leadership as the epicenter of invention and innovation – a model for other countries to follow.

We came to learn; to engage with young men and women from across the globe; and, hopefully, to inspire. And we have come away from this experience inspired ourselves.

On Wednesday, we had the opportunity to address hundreds of women business owners to kick off this summit and mark Women’s Entrepreneurship Day. We told them our personal stories. We shared lessons learned in business and government in the United States. We talked about how and why entrepreneurship is one of America’s greatest assets and exports.

We spoke of how successful women entrepreneurs strengthen not only their own families, but their societies and economies as a whole; how the success of all entrepreneurs forms the foundation of economic growth, security and stability, a rising middle class and broad-based prosperity.

We called on the extraordinary, dynamic women gathered here – the ones who have already followed their dreams and started their own businesses – to mentor their peers and to show the next generation of female entrepreneurs what it takes to turn a good idea into a successful start-up and thriving enterprise.

But the most important and powerful part of GES is not what we had to say as government officials today or tomorrow; it is what the women here are doing in their home countries each and every day. 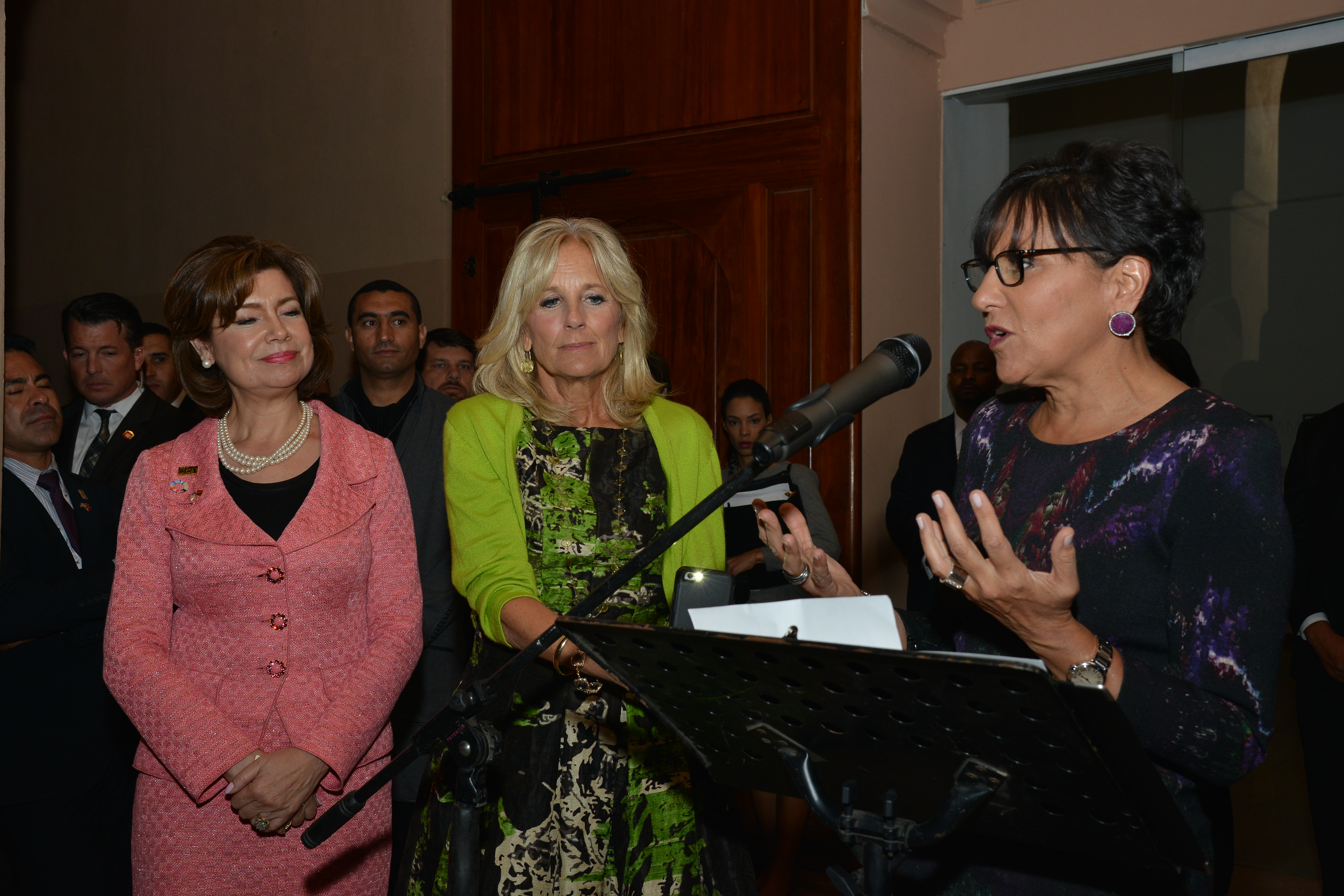 These leaders are dynamic, courageous, and fearless. They are innovators like Ethel Cofie, who runs a technology consulting firm in Accra and who is participating in GES.

Ethel did everything right – she went to school, earned undergraduate and graduate degrees in computer science, and opened a business in her hometown. But her original company failed. Like any great entrepreneur though, Ethel did not accept failure as her final destination; she persevered. She adapted. She took on jobs with the Gates Foundation, the Ford Foundation, and Vodafone. She learned new skills.

Eventually, with the help of a series of mentors, Ethel tried again. This time, she succeeded; her business is thriving; and now, she is working to encourage other women across Africa to enter the tech sector and pursue their dreams.

Like Ethel, the women at GES are upending cultural norms and overcoming old stereotypes. They are working in social entrepreneurship in Egypt; in the telecom and media industries in Angola; in the financial and marketing fields in Lesotho; and more.

They are, in the words of this year’s GES theme, “harnessing the power of technology for innovation and entrepreneurship” – and they are doing it in regions and countries where it was once inconceivable to imagine a woman as the head of a household, as a family’s primary breadwinner, or even as a head of state.

These women entrepreneurs are challenging conventions and perceptions – as risk-takers, as inventors, as pioneers in business. These women are succeeding despite the structural obstacles before them – despite social pressure to stay home, limited educational opportunities, difficulty raising capital and finding funding. These women are reminders that nations and societies can only meet their full economic potential if they tap into 100 percent of their talent pool.

What we have always known – and what Women’s Entrepreneurship Day and GES make clear – is: if you want to be inspired, talk to an entrepreneur.

This week in Morocco, we have been moved by their stories, their ideas, their latest innovations. Now and in the future, as a nation, we must, and will, continue to encourage, enable, and empower these entrepreneurs to keep working, striving, persevering, and changing their countries and our planet.