President Obama Travels Back Home to Chicago to Talk Immigration

November 25, 2014 at 5:42 PM ET by Lindsay Holst
Twitter Facebook Email
Summary:
President Obama traveled to Chicago to give remarks on the necessity and content of his immigration executive order. 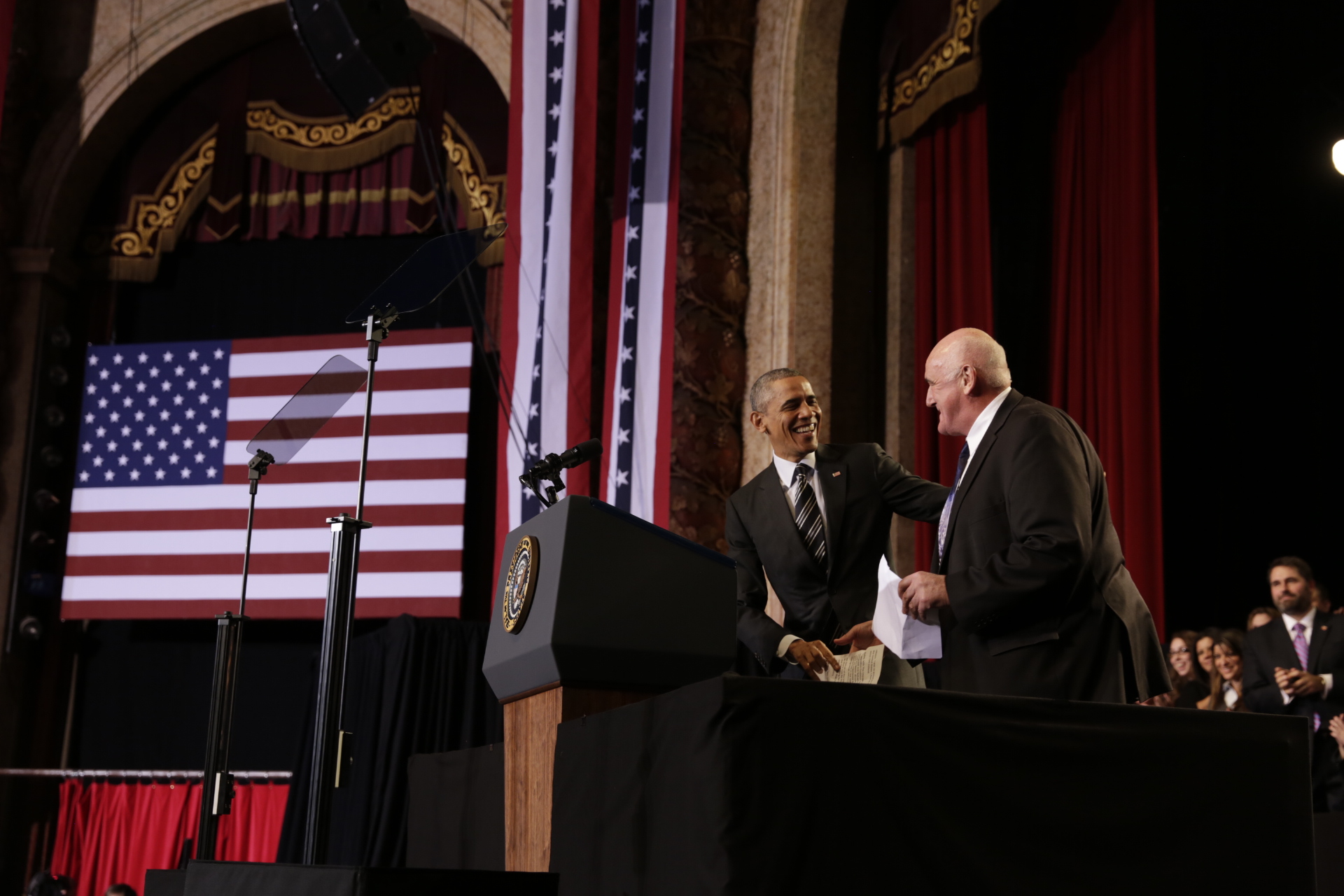 This afternoon, President Obama traveled back to his hometown of Chicago to meet with civic and business leaders and detail the reasons he's acting on his own to help fix our broken immigration system.

Speaking from a Polish community center in Chicago, the President reminded us that every president since Eisenhower has used his executive authority to address immigration issues. In fact, every president for the last 50 years has taken action to keep families together and help improve our nation's immigration system.

"We didn’t raise the Statue of Liberty with her back to the world; we did it...with her light...shining." —Obama #ImmigrationAction

President Obama talked about how his Executive Action will provide more resources for law enforcement to stem the flow of illegal crossings at America’s borders, reform the system so that high-skilled immigrants and entrepreneurs can stay and contribute to the economy, and hold those who broke immigration laws accountable.

The President also explained how his Executive Action would help target finite immigration resources better -- especially at the border. President Obama’s Executive Action will help funnel resources where they are needed most: stemming the flow of illegal crossings at the border and helping to find those who are dangerous. Since President Obama took office, deportations of criminals illegally in the United States are up 80 percent. That figure will only grow as his Executive Action allows the Administration to focus on felons, not families -- and criminals, not children.

"It's accountability. It's a common-sense approach." —President Obama #ImmigrationAction pic.twitter.com/PoKgGH8RPJ

The President also highlighted how his action on immigration would help the economy, as immigrants start more than a quarter of all new businesses in the United States and have started more than 40 percent of Fortune 500 companies. He explained how we as Americans have the unique honor of being a nation of immigrants, giving us a huge entrepreneurial advantage over the rest of the world, and how his Executive Action will help further that growth.

"Being a nation of immigrants gives us a huge entrepreneurial advantage over other nations." —President Obama #ImmigrationAction

President Obama concluded by reminding us that we are not a nation that kicks out those who want to earn their piece of the American Dream.

Because -- as he made clear in his remarks today -- the immigration debate is about “something bigger.”

For more information on the actions he's taking, visit WhiteHouse.gov/Immigration-Action.