Since 1947, the chairman of the National Turkey Federation has presented a turkey to the President. Each Thanksgiving, the President “pardons” that turkey, ensuring that the bird gets to spend the rest of its days living on a farm in Virginia. Today, President Obama celebrated the 67th anniversary of the National Thanksgiving Turkey presentation by pardoning two 20-week old, 48-pound turkeys. And just like last year, the American public decided which of the two turkeys – Mac or Cheese – would become the National Thanksgiving Turkey by casting a vote for #TeamMac or #TeamCheese online.

During the ceremony, the President reminded us why we Americans look forward to Thanksgiving each year:

“Tomorrow is a pretty special moment when we give thanks for the people we love, and where we're mindful of the incredible blessings that we have received.” 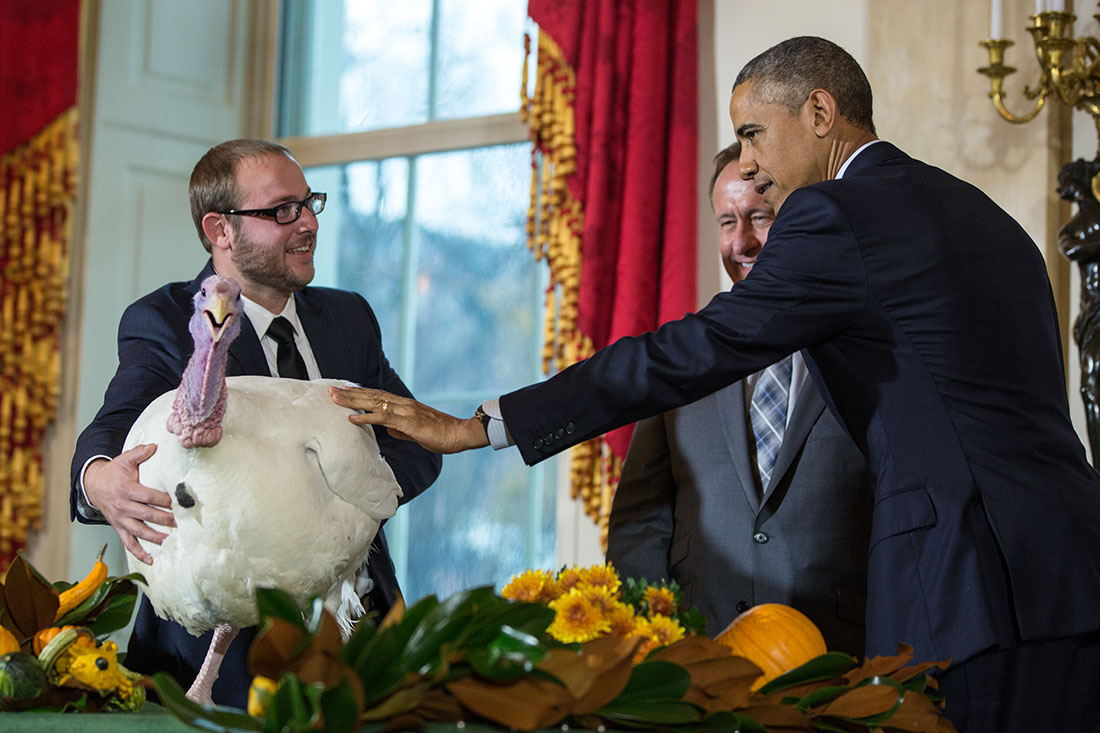 President Obama has pardoned a turkey every year since he took office. However, during his first turkey pardon in 2009, Malia and Sasha had to intervene on behalf of Courage, that year’s winning turkey. On that occasion, President Obama said, “Thanks to the intervention of Malia and Sasha -- because I was ready to eat this sucker – Courage will also be spared this terrible and delicious fate.”

This year, President Obama made sure to mention that he thought the turkeys looked “pretty happy” about their avoidance of their delicious fate. 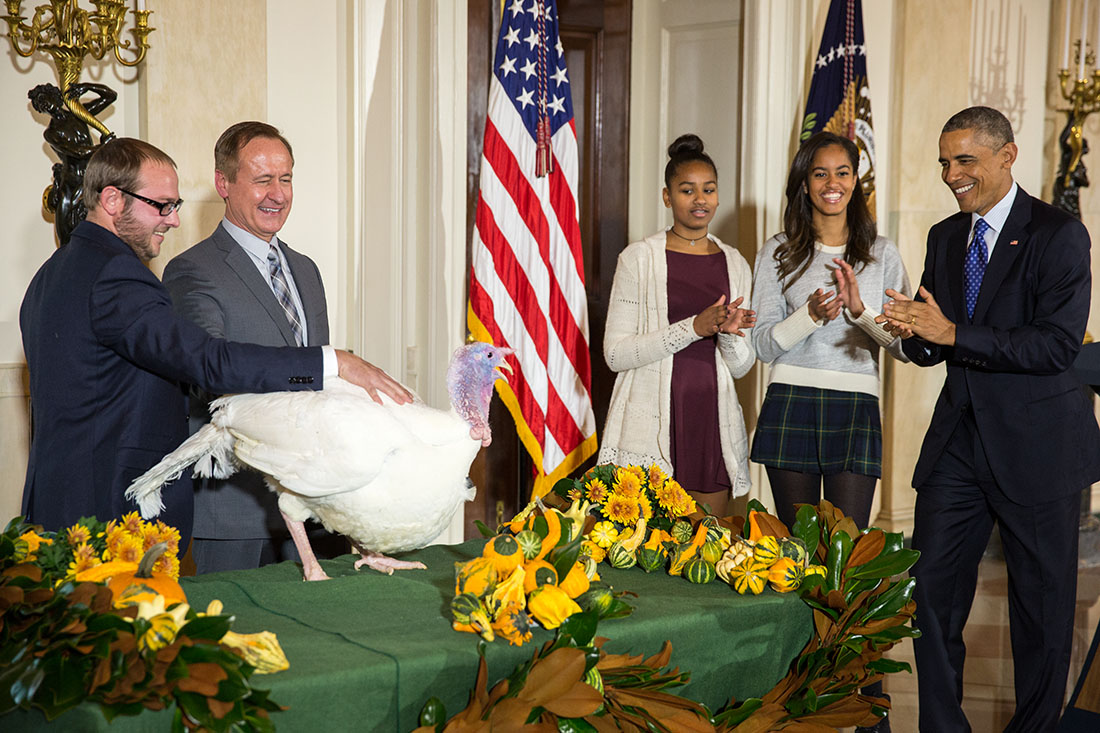 Take a look at a history of other presidential turkey pardons through time:

President Truman was the first president presented with a turkey at a Thanksgiving ceremony at the White House. 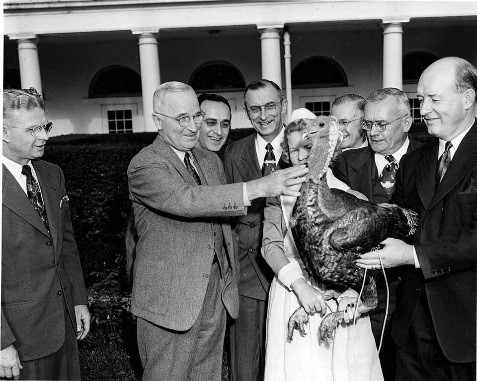 Harry S. Truman receiving a Thanksgiving turkey from members of the Poultry and Egg National Board and other representatives of the turkey industry, outside the White House. (by the Harry S. Truman Presidential Library and Museum)

President Eisenhower continued the tradition started by President Truman and held a ceremony in the White House Rose Garden to receive a Thanksgiving turkey, presented by the National Turkey Federation.

President Kennedy was the first president to send a turkey to a farm. In 1963, President Kennedy returned the turkey given to him by the National Turkey Federation back to the farm where it came from -- a move that ultimately led to the tradition of letting a turkey spend the rest of his days in the countryside. 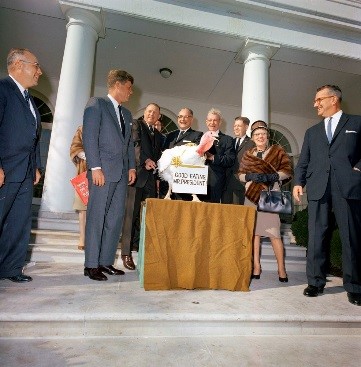 President John F. Kennedy laughs with officials at the presentation of a Thanksgiving turkey by the National Turkey Federation and the Poultry and Egg National Board; President Kennedy pardoned the turkey. 11/19/63. (by the John F. Kennedy Presidential Library and Museum)

In 1989 President George H.W. Bush was the first president to give a turkey a formal pardon, beginning the official custom of a pardoning ceremony. 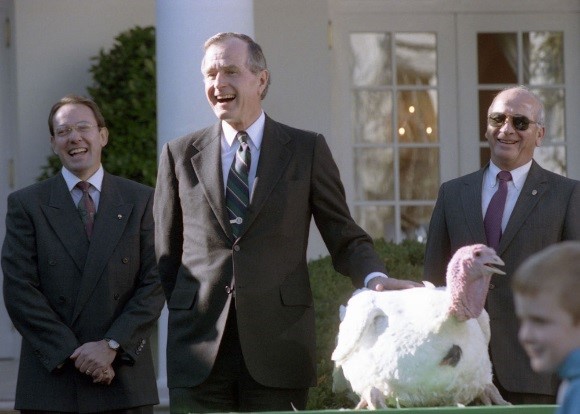 President Bush participates in the presentation and pardoning of the National Thanksgiving Turkey, 11/14/90. (by the George Bush Presidential Library and Museum)

Jenna Brayton is an Associate Director of Digital Content in the Office of Digital Strategy.