Speaking at Del Sol High School in Las Vegas, where he laid out his principles for commonsense, comprehensive immigration reform nearly two years ago, President Obama delivers remarks on the new steps he will be taking within his executive authority on immigration.

Last week, I had the great pleasure of joining President Obama at Del Sol High School in Las Vegas as he spoke about new steps he is taking to start fixing America’s broken immigration system. President Obama announced executive actions that can provide nearly 5 million undocumented immigrants, including approximately 400,000 Asian immigrants, with temporary relief from deportation. With over 11 million undocumented immigrants in the United States, nearly 1.3 million are from Asian and Pacific Islander communities. 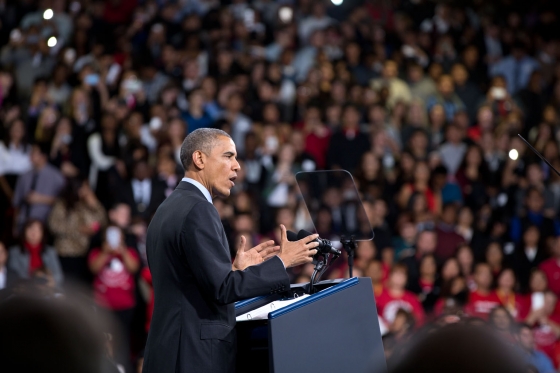 Standing before a packed auditorium, President Obama inspired hope for me and so many Americans, as well as those who already consider themselves Americans. These executive actions will provide sweeping reforms to the current immigration system by securing our borders and protecting Americans by prioritizing the removal of felons, not families. It will provide a way for those living in the shadows to come forward if they pass national security and criminal background checks, pay a fine, and contribute their fair share of taxes. The President’s actions will also grow our economy, reduce our deficit, and create jobs. 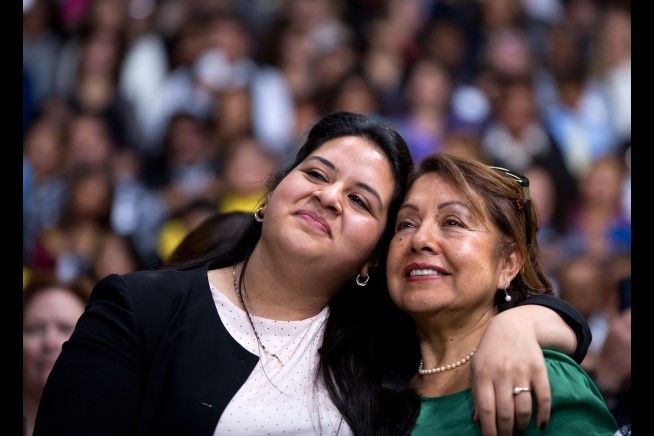 I was brought to tears hearing the story of Astrid Silva, a young undocumented student who knew she could not have the same childhood as her peers and who was unable to attend the funeral of her grandmother overseas. Like Astrid, millions of undocumented individuals live in fear and are separated from their families. With the President’s executive actions, Guo Qiang Ye, father of four children all born in the United States, can now apply for deferred action to be with his family without the fear of deportation. If approved under the program and granted permission, Mr. Ye will also be able to visit his ailing mother in Hong Kong who he has not seen since 1996.

The President’s reforms will also provide relief for millions of undocumented workers. With deferred action, they will be better able to avoid exploitation, allowing them to earn at least minimum wage, which also helps protect native-born workers. Families can go to work with the peace of mind that they will not be deported while simply trying to make an honest living. Undocumented workers will also be able to report their income and pay their fair share in taxes.

Due to the inaction of Congress on immigration reform, President Obama is taking actions -- within his executive authority as President -- to make America's immigration system more fair and just. These reforms, however, do not change the law or fully fix our broken system. Only Congress has the authority to create a new law that can replace these actions and fix the whole system. President Obama reiterated that he will continue to work with Congress to make permanent, comprehensive, common-sense immigration reform a reality. As an undocumented child, I received my legal status when Congress last acted on immigration reform in 1986. Now serving at the White House Initiative on Asian Americans and Pacific Islanders, I look forward in the coming months to working with federal agencies and immigrant families on implementing President Obama’s Immigration Accountability Executive Actions. And I stand alongside families across the country in being thankful this holiday season for a new hope for the future.