"A Test of Our Character as a Nation": President Obama on What We Need in the Fight Against Ebola

December 2, 2014 at 7:27 PM ET by Tanya Somanader
Twitter Facebook Email
Summary:
President Obama visited the NIH to provide an update on the progress we've made and the work we still have to do in the fight against Ebola.

President Obama visited the Naitonal Institutes of Health (NIH) today to visit the team of scientists who recently made significant progress in developing an Ebola vaccine. "No potential Ebola vaccine has ever made it this far," he noted.

Indeed, the United States is taking the lead in the world's response to Ebola -- in treating, containing, and preventing the spread of this devastating outbreak. As the President said, "Part of American leadership in the world -- one of the things that has always marked us as exceptional -- is our leadership in science and our leadership in research."

In fact, thanks to critical investments and the efforts of our health care workers, the U.S. is now in its strongest position to rapidly respond and protect the American people: 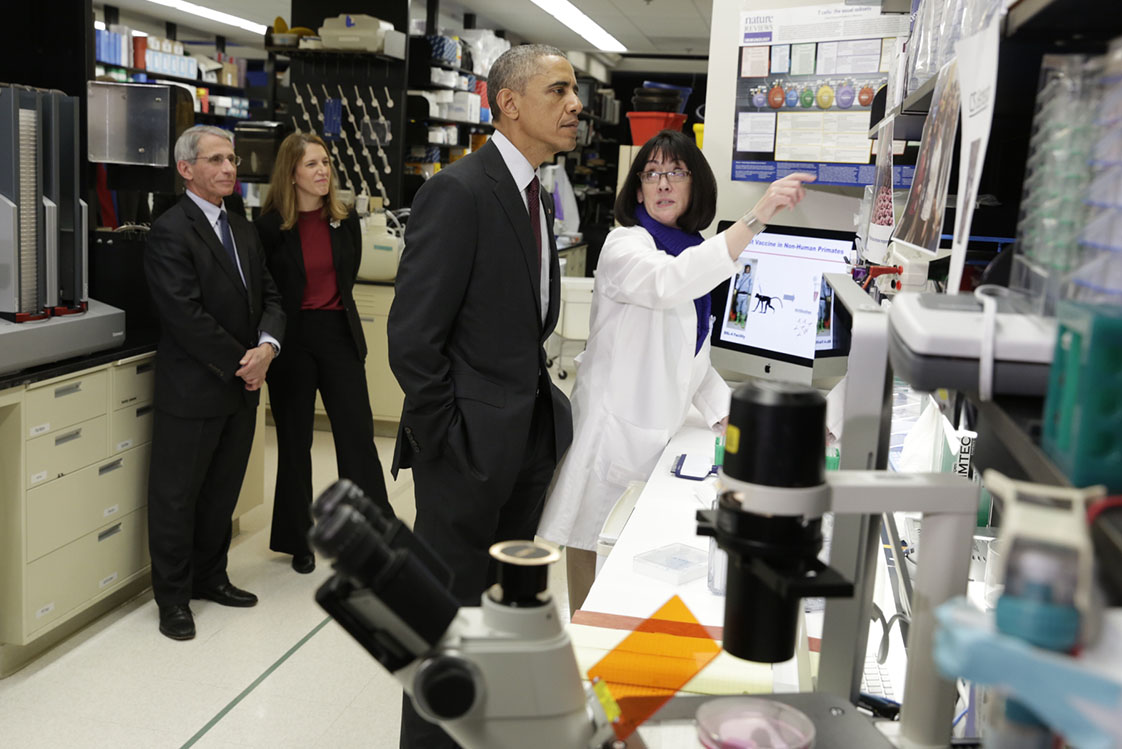 "So our strategy is beginning to show results. We’re seeing some progress. But the fight is not even close to being over," the President said.

As long as this disease continues to rage in West Africa, we could continue to see isolated cases here in America. In West Africa, this remains the worst Ebola epidemic in history by a long shot. ...

Every hot-spot is an ember that, if not contained, could become a new fire. So we cannot let down our guard, even for a minute. And we can’t just fight this epidemic; we have to extinguish it.

That is why President Obama is asking Congress to swiftly approve an emergency request for funding that is necessary to advance our efforts and ensure we continue to make progress.

With these funds, the Administration would:

Take a deeper dive into the President's emergency request here.

The President made clear that we, as Americans and as citizens of the world, will not be able to beat Ebola without this crucial funding. "If we want other countries to keep stepping up, we will have to continue to lead the way." That is why this cannot be a partisan, political issue.

This disease is not just a test of our health systems; it is a test of our character as a nation. It asks us who we are as Americans. When we see a problem in the world -- like thousands of people dying from a disease that we know how to fight -- do we stand 10 feet away, or 10,000 miles away, or do we lead and deploy and go to help? ...