Decking the National Christmas Tree with Codes of Jolly

December 4, 2014 at 7:08 PM ET by Kajal Singh
Twitter Facebook Email
Summary:
The 2014 National Christmas Tree Lighting takes place on the Ellipse at the President’s Park, one of America’s 401 national parks. 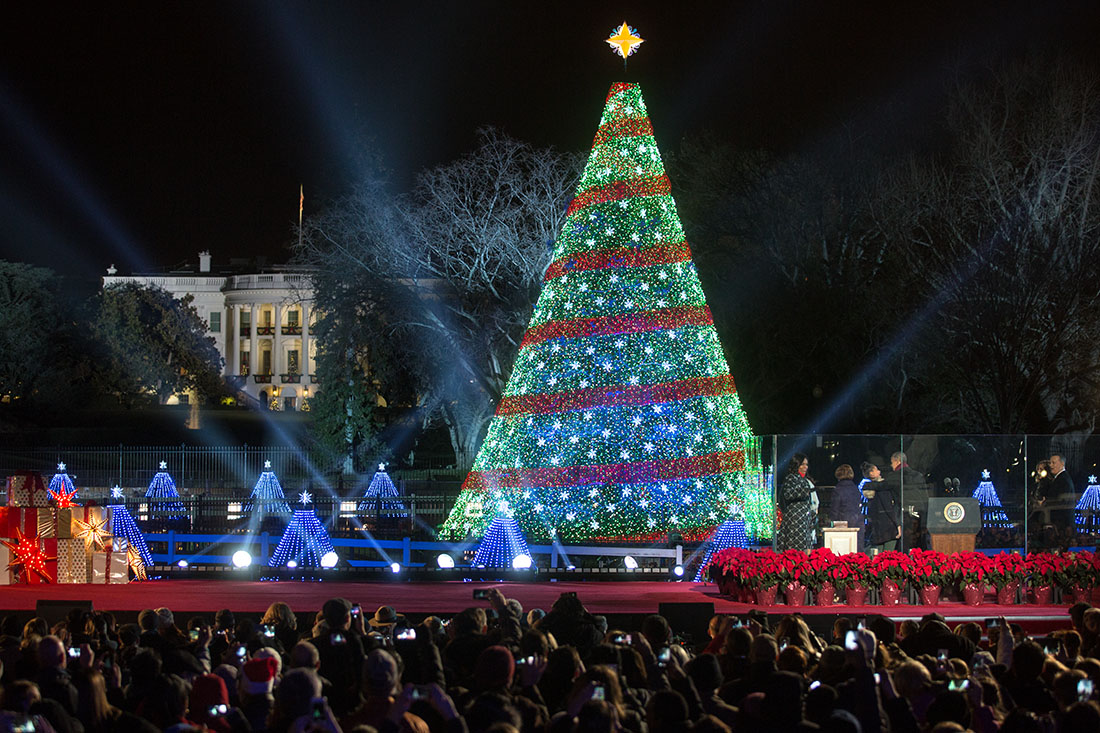 'Tis the season of holiday cheer here at the White House. Today, the 2014 National Christmas Tree Lighting took place on the Ellipse at the President’s Park, one of America’s 401 national parks. The event is presented by the National Parks Service and National Parks Foundation. This year’s ceremony was hosted by none other than Tom Hanks and Rita Wilson. Performances included Fifth Harmony, Patti LaBelle, Steve Miller, and much more.

Decking the Trees with Codes of Jolly:

This year, the White House Christmas tree got a digital upgrade. For the first time in history, girls across the country used code to light up the state and regional holiday trees through Google’s Made with Code program. In his remarks at the ceremony, the President highlighted how the trees has entered into the 21st century:

We still have school kids involved, too. But this year, they’ve given all the state and territory trees surrounding the National Christmas Tree their first digital upgrade. Young women from all 50 states used their computers -- using their coding skills to control the colors and patterns of the lights on the trees. So thanks to those wonderful students. It is incredibly impressive. It’s actually one of the few things that Tom Hanks cannot do.

Shall We Deck the Halls with Some History as Well?

For more than 90 years, Americans have bundled up and gathered together to celebrate the annual lighting of the White House Christmas Tree. At the ceremony this year, President Obama brought an early Christmas gift of tree-lightings past:

Back in 1923, school kids here in Washington wrote a letter to the White House asking if they could put a Christmas tree on the South Lawn. And more than 90 years and a few different evergreens later -- the National Christmas Tree still stands as a symbol of hope and holiday spirit, and we still gather as a country each year to light it.

Quotes From the President You Won’t Want to Miss:

“It is a story dear to my family as Christians, but its meaning is one embraced by all peoples across our country and around the world, regardless of how they pray, or whether they pray at all. And that’s to love our neighbors as ourselves.”

"As we hold our loved ones tight, let’s remember the military families whose loved ones are far from home. They are our heroes."

"On behalf of Michelle, Malia, Sasha, mom-in-law, and our reindeer Bo and Sunny, I wish…all of you a very, very merry Christmas, and a holiday filled with joy." 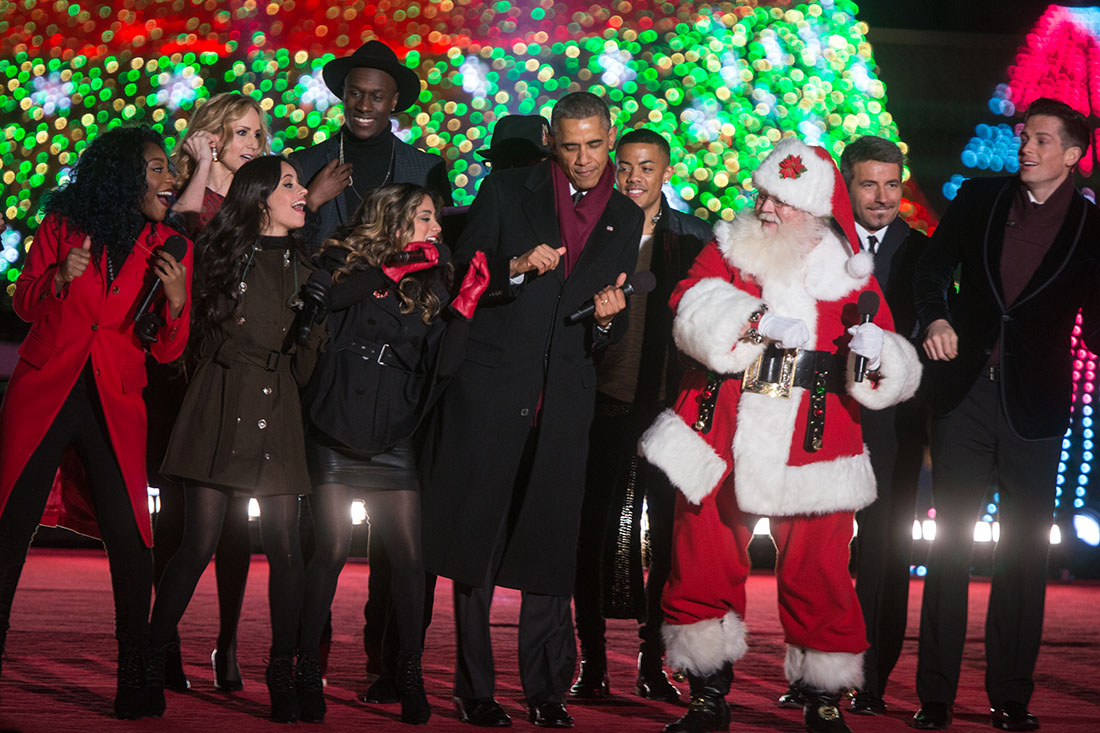 President Barack Obama dances on stage with Fifth Harmony during the singing of “Jingle Bells” during the National Christmas Tree lighting on the Ellipse in Washington, D.C., Dec. 4, 2014. (Official White House Photo by Lawrence Jackson)