The Faces of Health Care: Jackie B. 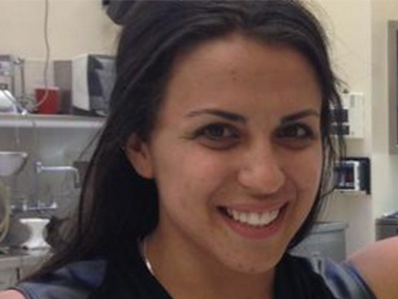 "By standing against a seemingly impossible opposition and making sure that coverage was there for me, I get to continue and recreate my life and hopefully begin medical school next year."

"Writing to the President seems a bit like writing to Santa Claus."

Nonetheless, in the wee hours one night in Denver, Colorado, 28-year-old Jackie B. wrote to the President to share how the Affordable Care Act saved her life.

Three years ago, Jackie decided to "reinvent" her life and return to school to become a doctor. By going back, she knew she'd lose her health insurance. So when Colorado expanded its Medicaid program under the Affordable Care Act, Jackie's uncle convinced her to sign up.

She got covered in January of 2014. Two months later, she found herself in urgent care with pneumonia.

"As nothing can be simple, my pneumonia turned into bronchitis, twice. Over the next three months, I made approximately seven emergency room visits. There were asthma attacks, sleepless nights, and eventually a broken rib. Overall, I was only left with a bit of scarring on my left lung and a diagnosis of idiopathic asthma," she said. "But I walked away alive."

"If I had not had Medicaid I would not have been able to afford the care I needed," Jackie wrote. Now, she can continue to recreate her life and plans on beginning medical school next year.