When the Rubber Hits the Road: Teaming Up with NASCAR to Act on Climate

December 9, 2014 at 4:48 PM ET by John Podesta
Twitter Facebook Email
Summary:
NASCAR driver Ryan Blaney joins Secretary of Transportation Anthony Foxx and Counselor to the President John Podesta at the White House to talk about proper tire maintenance — and brings along his #22 Mustang and the #18 “M&Ms” car. 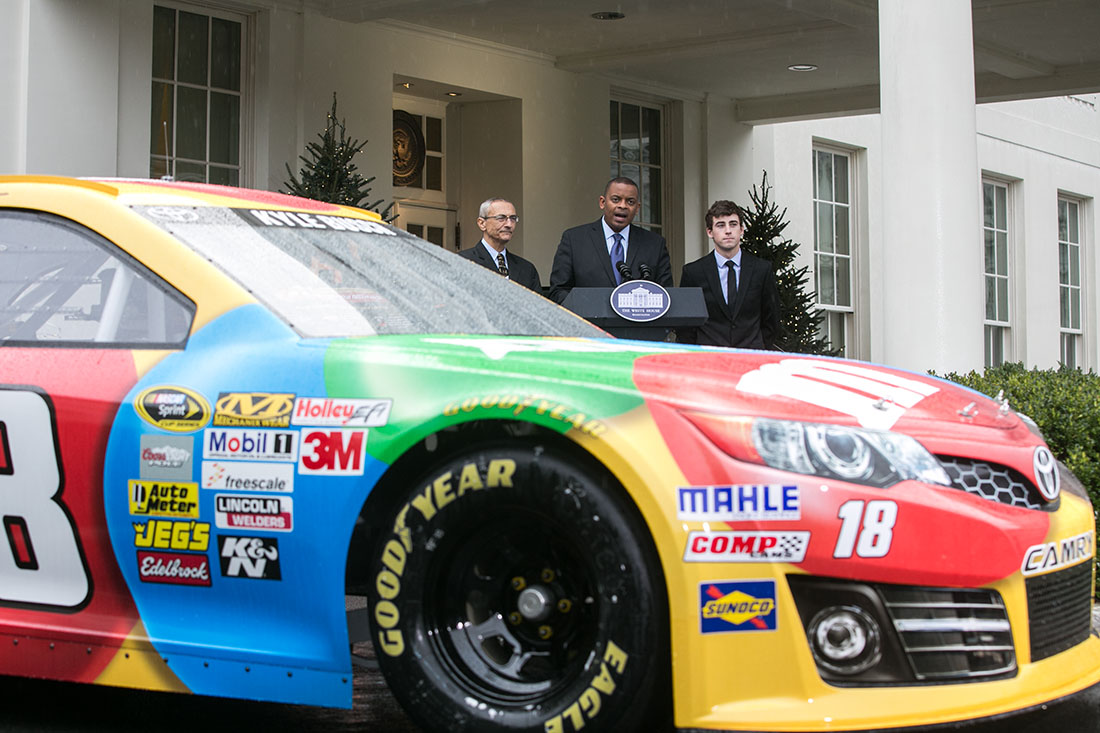 Transportation Secretary Anthony Foxx and John Podesta, Counselor to the President, announce with NASCAR driver Ryan Blaney the Administration's partnership with NASCAR, tire manufactures and retailers to raise awareness of tire safety and actions to cut carbon pollution and reduce our dependence on foreign oil, in front of the West Wing of the White House, Dec. 9, 2014. (Official White House Photo by Amanda Lucidon)

When NASCAR drivers take a corner at top speed, they — and their tires — experience G-forces that are just about equivalent to what astronauts feel as they’re being launched into space.

So NASCAR knows a thing or two about tire performance and safety. And that’s why NASCAR driver Ryan Blaney joined Secretary of Transportation Anthony Foxx and me at the White House today to talk about proper tire maintenance — and he brought along his #22 Mustang and the #18 “M&Ms” car to really drive the point home.

Making our cars and trucks go farther on less fuel has been a key component of President Obama’s plans to combat climate change. In the President’s first term, the Administration issued historic fuel economy standards for cars and light trucks that will save consumers more than $1.7 trillion at the pump and reduce oil consumption by 12 billion barrels over the lifetime of the program. We also issued the first-ever efficiency standards for heavy-duty vehicles, like school buses and tractor-trailer trucks, which will cut carbon pollution by some 270 million metric tons and $50 billion through model year 2018. This February, the President announced that the Department of Transportation will be updating and refining those heavy-duty vehicle standards for future model years. 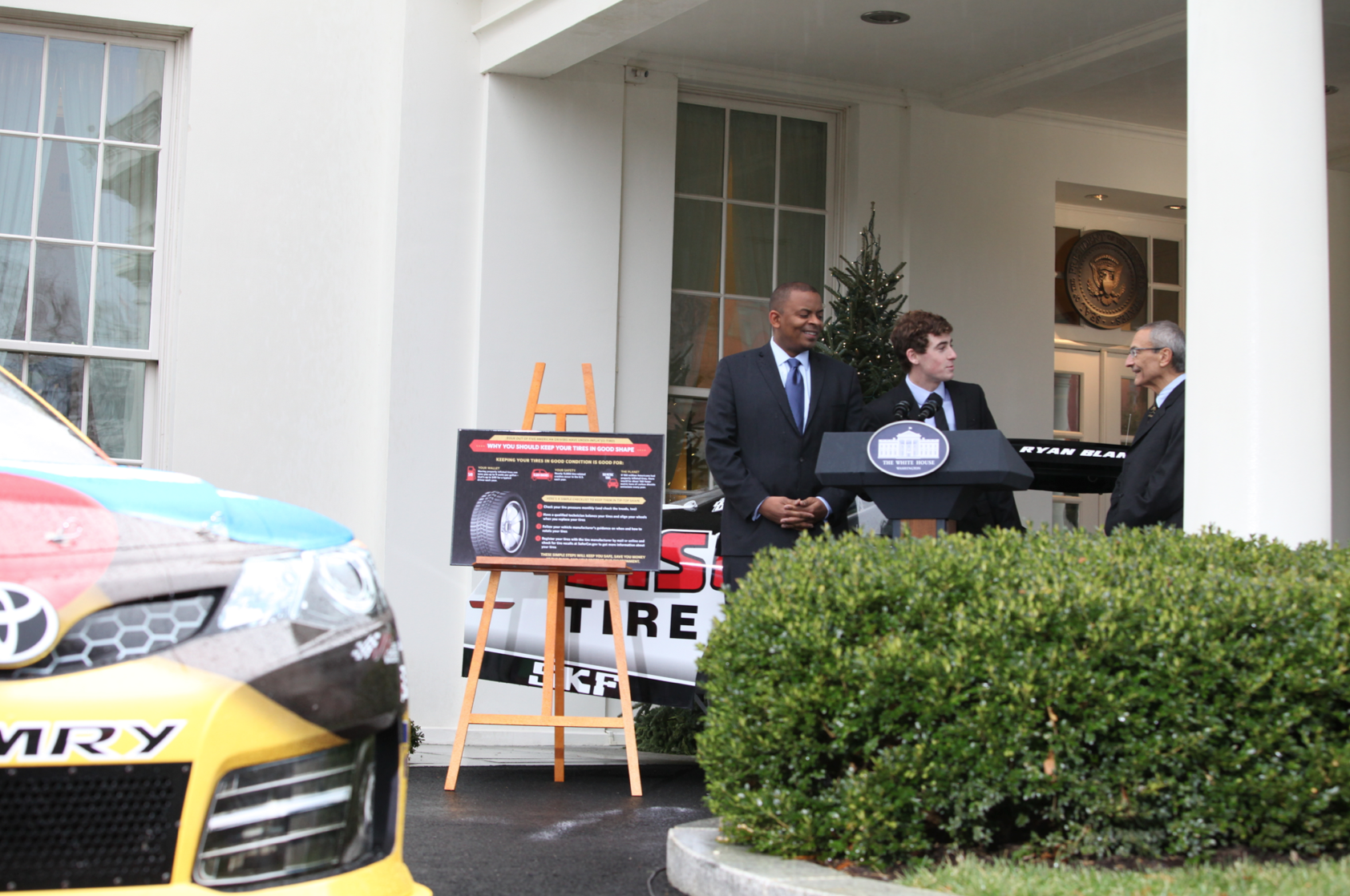 Transportation Secretary Anthony Foxx and John Podesta, Counselor to the President, announce with NASCAR driver Ryan Blaney the Administration's partnership with NASCAR, tire manufactures and retailers to raise awareness of tire safety and actions to cut carbon pollution and reduce our dependence on foreign oil, in front of the West Wing of the White House, Dec. 9, 2014.

But improperly inflated and low-efficiency tires can drag down even the most fuel-efficient car out there — and poor tire maintenance is a serious safety concern. That’s why today the Obama administration is announcing a new collaboration with companies like Bridgestone, Michelin, Continental Tire, ExxonMobil, and BP to launch Tire Safety Awareness Month, to educate consumers about common-sense ways to save money, increase efficiency, and protect drivers through improved tire maintenance. NASCAR is further committing to launch a Drive for Safety initiative during next year’s racing season.

View our infographic about the benefits of keeping your tires in good condition.

All of these efforts will be further supported by Secretary Foxx’s announcement of a schedule for new DOT standards establishing a tire fuel efficiency consumer information program. With support from the tire industry, this “labeling rule” will help consumers identify the most energy-efficient tires.

We need every level of government and every sector of the economy to use less dirty energy, more clean energy, and less energy overall. NASCAR has been a leader across the board — from using lower-carbon ethanol-blended fuels in their cars to installing solar panels at racetracks across the country to moving their Daytona Beach headquarters to a LEED-certified building.

That’s what it looks like when American institutions act to build a clean energy future.

To read more about how we’re working to increase tire safety and efficiency, check out our fact sheet here.