Sorting toys can be a serious business, and that's why First Lady Michelle Obama brought along a special helper to Joint Base Anacostia-Bolling in Washington, D.C. today. "I'm the big elf," the President declared. "I'm like Will Ferrell."

After all, smiling is the President's favorite -- so he was grinning ear to ear when he joined the First Lady in delivering about 1,000 toys from the President's staff to the U.S. Marine Corps' Toys for Tots campaign, an annual holiday toy drive. 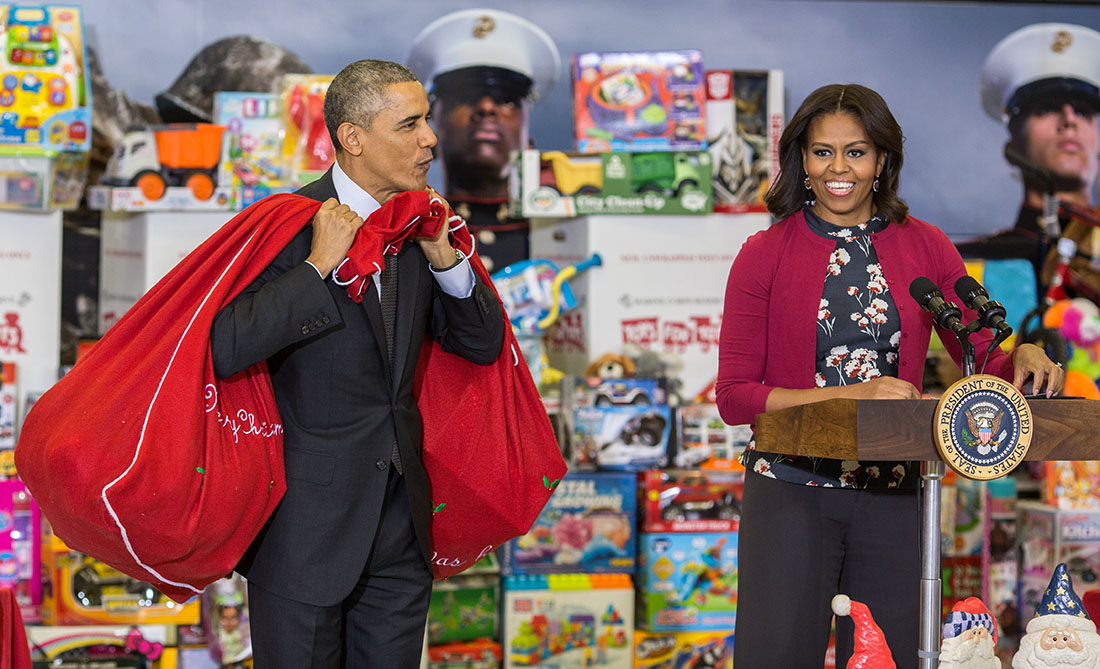 While this is the first time the President is participating, the First Lady is a veteran of Santa's shop. "This is the sixth year I've been involved with Toys for Tots," the First Lady noted. "And every year it's just a tremendous privilege to be able to be a part of making Christmas just a little brighter for a few kids across the country."

We still have a lot of time. And one of the things that I just want to remind the public is that there’s still time to donate. And we really want to urge folks out there do everything in their power to donate to Toys for Tots.

And if you need to find out where to go, all you have to go -- do is go to the Toys for Tots website.  People can donate online. They can go by one of the drop-off centers. 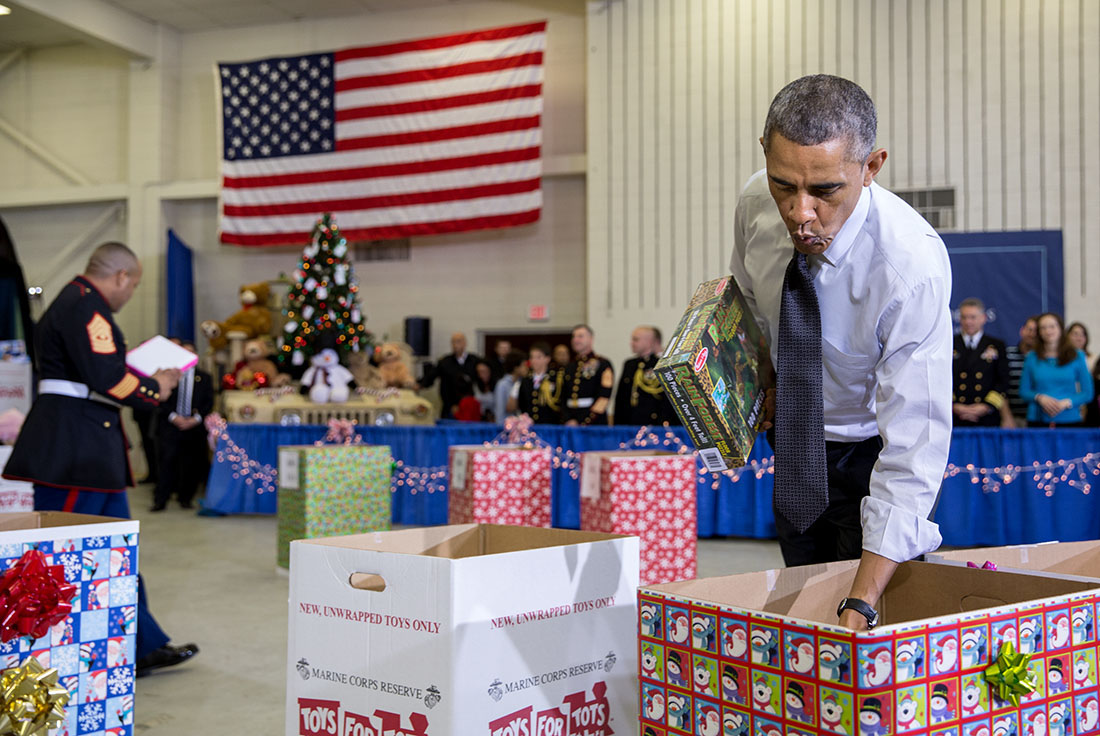 The Sorter-in-Chief thanked the U.S. Marine Corps for their "extraordinary work" in delivering decades of joy to children across the country. "Since it started in the 1940s, Toys for Tots has distributed more than 469 million toys to more than 216 million children," he noted. "That's a lot dollhouses, that's a lot of Ninja Turtles."

Our men and women in uniform and our military families don’t just work to keep us safe; they’re also strengthening our country here at home. They’re volunteering at schools, congregations, our communities. With our combat mission coming to a close in Afghanistan, it means more of our extraordinary military members are going to be home for the holidays, back where they belong.  And that is the most important blessing of all.

With that, the President invited a few Marines and children to help prepare the toys for delivery: "Let's get sorting! I am positive that girls, zero to two -- that's perfect for the 'Call of Duty' video game. Isn't that right?"

Well you know what they say: The best way to spread holiday cheer is sorting badly when the First Lady's near. 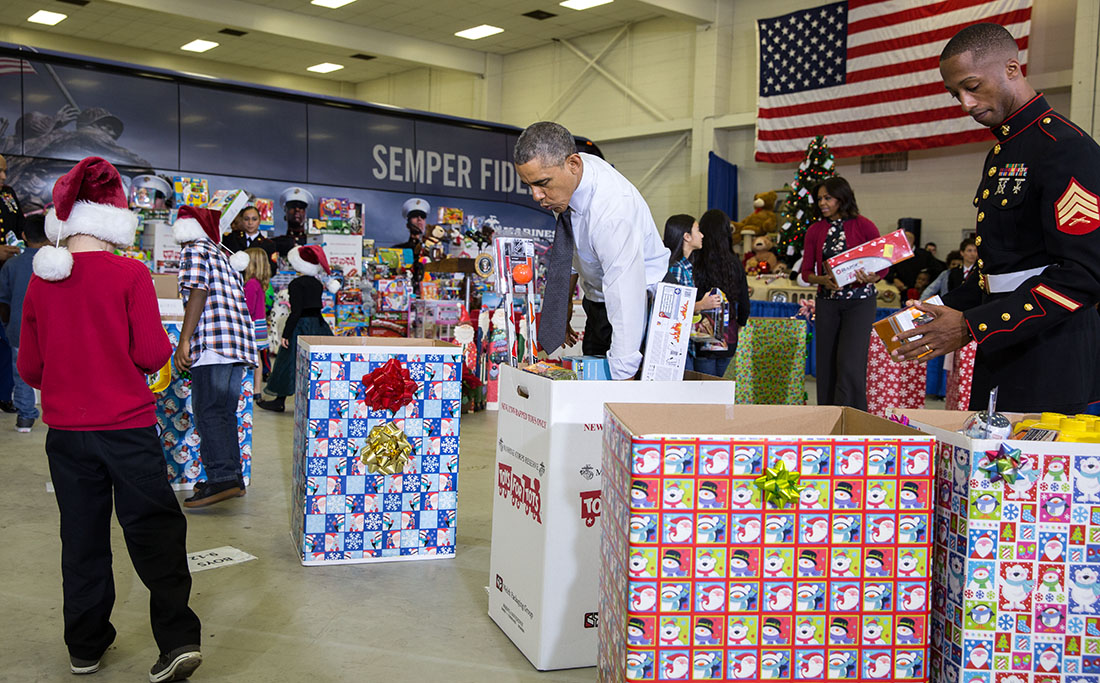