December 10, 2014 at 12:06 PM ET by Tanya Somanader
Twitter Facebook Email
Summary:
President Obama traveled to Casa Azafran in Nashville to answer a few questions about the recent steps he took to fix our broken immigraiton system.

President Obama traveled to Casa Azafran in Nashville yesterday to speak with Tennesseans and answer a few questions about the recent steps he took to fix our broken immigration system.

Nashville is a city brimming with the vitality that immigrants bring to a local economy and culture. As the President said, immigrants are woven into the very fabric of who we are:

"They" are "us." They work as teachers in our schools, doctors in our hospitals, police officers in our neighborhoods. They start small businesses at a faster rate than many native-born Americans. They create jobs making this city more prosperous, and a more innovative place. And of course, they make the food better.

But as everyone knows, our immigration system has been broken for decades -- preventing millions of undocumented immigrants from living right by the law. "Nobody likes the idea of somebody reaping the rewards of living in America without its responsibilities as well," the President said. "And there are all kinds of folks who want to gladly embrace those responsibilities, but they have no way to come out of the shadows and get right with the law."

That is why the President used his executive authority to increase accountability by: 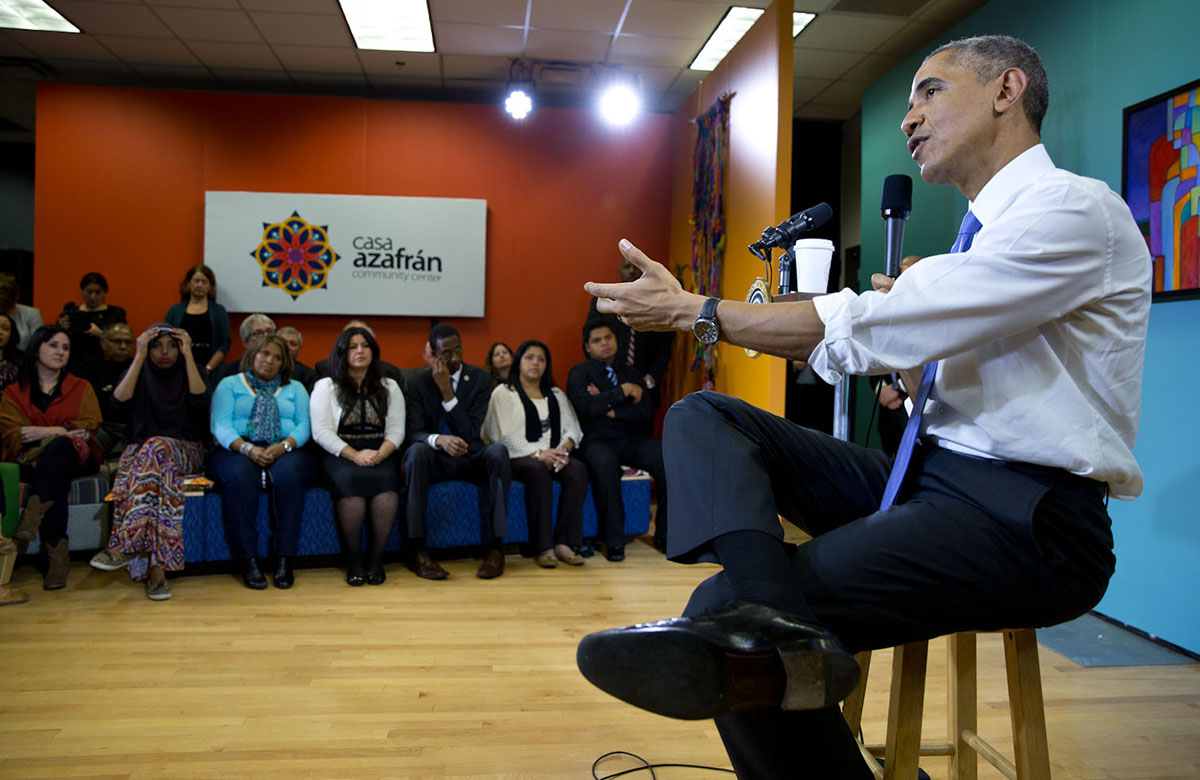 "I still believe that the best way to solve this is by working together to pass the kind of common-sense law that was passed in the Senate," he said. "But until then, there are actions that I have the legal authority to take that will help make our immigration system smarter and fairer."

These lawful actions have been taken by every President -- both Republican and Democrat -- over the past 50 years. "So when Members of Congress question whether I have the authority to do this, I have one answer: Yes, and pass a bill."

Because at the heart of our success as a country lives the belief that here -- no matter who you are or where you come from -- you can build a better life.

This is what makes America exceptional. We welcome strivers. We welcome dreamers from all around the world.  And it keeps us young, and it keeps us invigorated, and it keeps us striving and pushing the boundaries of what’s possible. And then we all bind ourselves together around similar ideals, a similar creed. And one generation in, suddenly those kids are already Americans like everybody else, and we have the same dreams and hopes for them, the same aspirations.

And if we keep harnessing that potential, there’s no limit to what this country can achieve.

Learn more about the President's actions on immigration here: obamawhitehouse.archives.gov/immigration-action