December 11, 2014 at 11:04 AM ET by Katherine Vargas
Twitter Facebook Email
Summary:
This week, President Obama participated in an interview with Jose Diaz-Balart from Telemundo/MSNBC and Jorge Ramos of Univision to discuss his recent executive actions to fix as much of our broken immigration system as he can. 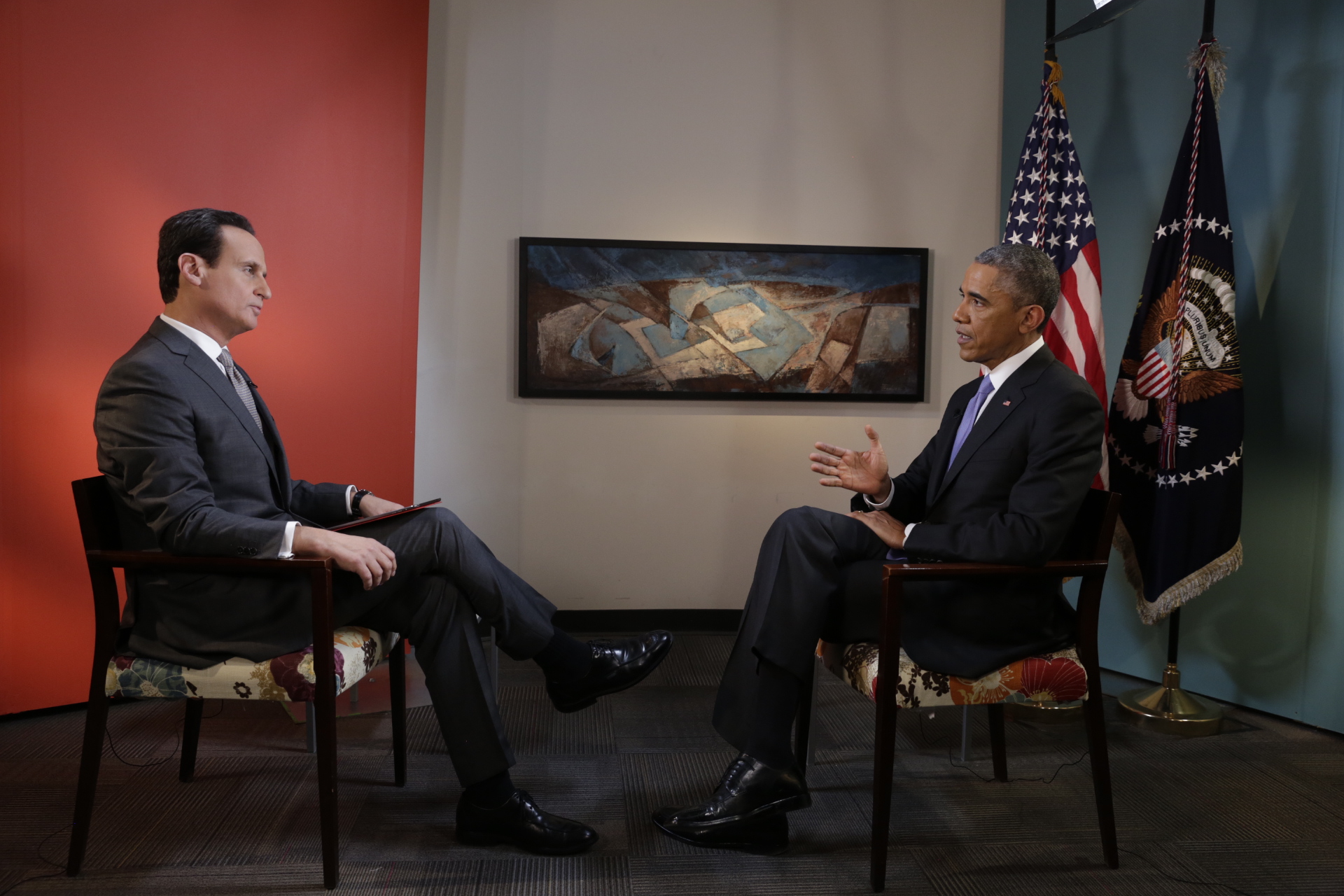 This week, President Obama participated in an interview with Jose Diaz-Balart from Telemundo/MSNBC and Jorge Ramos of Univision to discuss his recent executive actions to fix as much of our broken immigration system as he can while urging Congress to pass a comprehensive bill to get the job done, among several other topics. Here are some highlights from the interviews:

On his executive actions: (Telemundo)

President Obama: "And I think it's important for all your viewers to understand that the new executive actions we've taken apply to the people who have been here for five years and who have U.S. children or children who are legal permanent residents. In that case, you can register and you can be assured you won't be deported.

"More broadly, we’re going to make sure that families, people who are working and responsible in their communities, are not prioritized for deportation. So the likelihood of their deportation is going to be much lower. But at the border regions as well as when it comes to criminals, we're still going to be making sure that we enforce those laws.

"But what had happened was throughout this last year and a half, we saw a convergence of Democrat, Republican, independent voices saying this is the right thing to do. We got a good Senate bill.  All we needed was a vote in the House. I gave Speaker Boehner a year and a half to try to get that passed. I think personally he wanted to do it.  He couldn't get his caucus to go along.  And at that point, we had essentially exhausted the possibilities in this Congress of getting something done. My hope is that the next Congress seizes on the option."

On his legal authority to act: (Telemundo)

President Obama: "I asked the Office of Legal Counsel to give me their best ruling on how much legal authority I have, and we stretched as far as we could. My hope is that this becomes a spur to action by Congress.  If not, it's certainly going to be a conversation going into the next presidential election and the next set of congressional elections.  And I think there are a lot of not just Democrats but thoughtful Republicans out there who understand that they want to be on the side of history that welcomes people who are already here who stand to make a tremendous contribution to our society, and that we are not going to continue a process in which we hypocritically claim that these folks have no path to get legal at the same time as we know that they’re working in our restaurants, working in our fields picking fruit, working in our hotels where we stay cleaning up our hotel rooms. I think the majority of Americans want strong borders, but they also recognize people who’ve been here for a while, they deserve a chance to get out of the shadows -- and be held accountable by paying taxes." 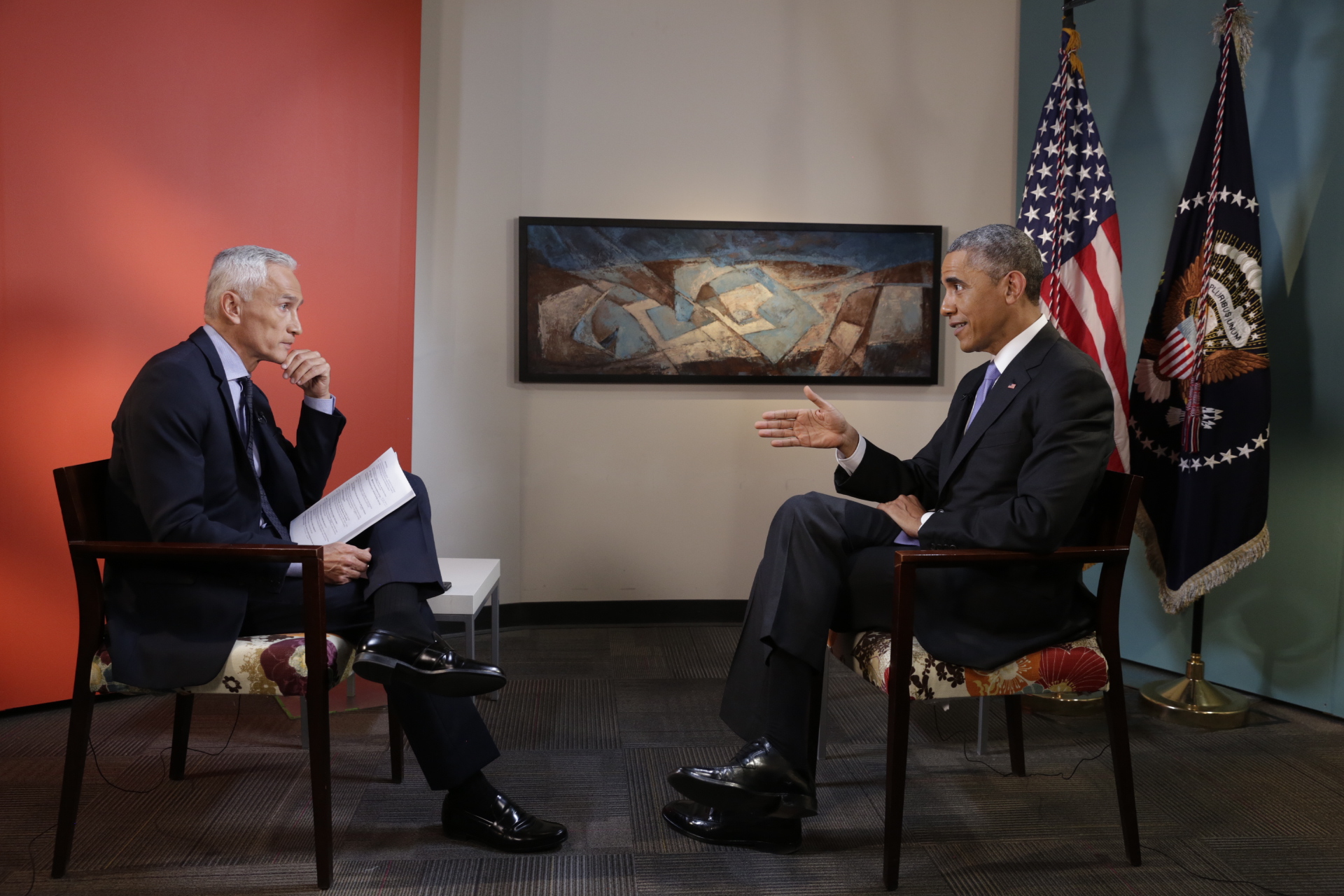 On the importance of signing up for deportation relief: (Univision)

President Obama: "…now that we've taken these actions, making sure that people understand what their opportunities are, how we can take advantage of it, and how we can build to make sure that, going forward, not only as many people register as possible -- if you’ve been here for five years, if you have a child who is an American citizen or a legal permanent resident – that you are likely to end up signing up so that we build up that capacity and we lay the groundwork for passing comprehensive immigration reform. Because if we don't do that, then it is true that there are going to be a whole bunch of folks who try to push back, and this is necessarily a temporary measure designed to help as many people as we can right now.  But we've still got a big fight that we're going to have to take in the future."