December 11, 2014 at 5:21 PM ET by David Hudson
Twitter Facebook Email
Summary:
President Obama joins a meeting of his Export Council, which advises him on policies and programs that affect America's trade performance and promote export expansion. 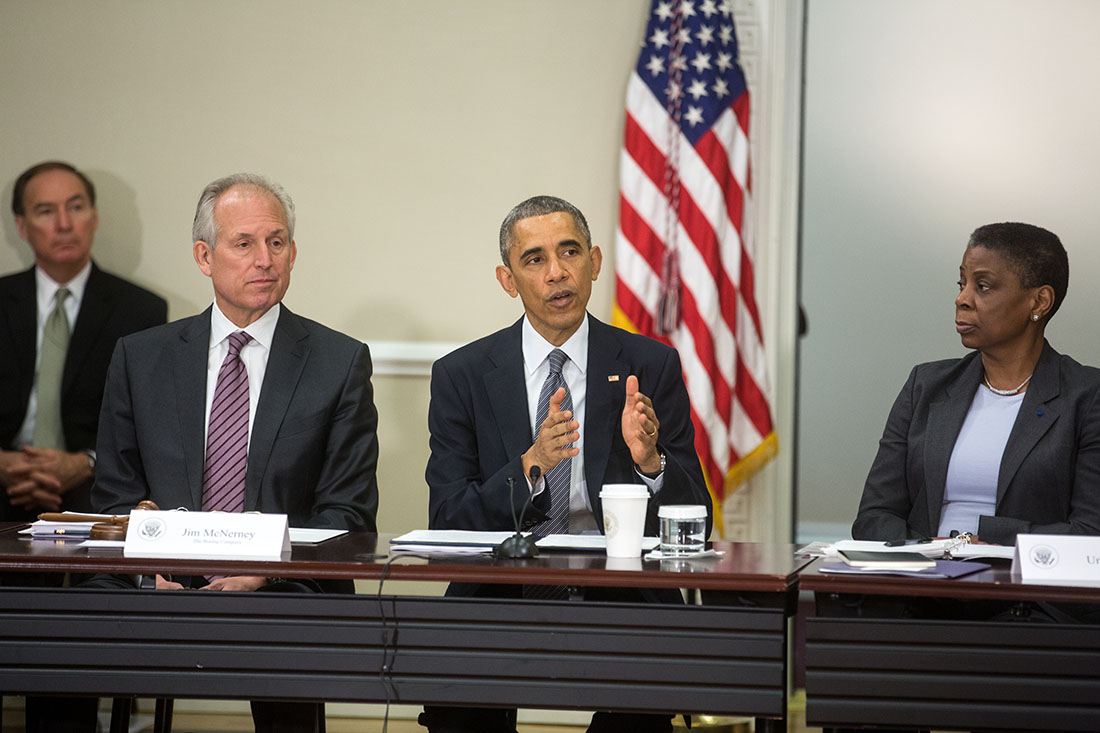 Earlier today, President Obama joined a meeting of his Export Council, which advises him on policies and programs that affect America's trade performance and promote export expansion.

In his remarks, the President noted the United States' economic progress over the past year, spotlighting our strong exports as one of the reasons behind our country's continued job creation:

We've seen some significant economic progress here in the United States over the last year.  Our businesses have added almost 11 million jobs over the past 57 months.  This year our economy has already created more jobs [than] in any year since the 1990s, with still a month to go.  All told, since 2010, we've created more jobs here in the United States than Japan, Europe, and all advanced nations combined.

And one of the reasons that we've been able to create so many jobs here in the United States is because our exports have been strong.  Last year our businesses sold a record $2.3 trillion of Made in America goods and services.  And these exports support more than 11 million American jobs -- typically, by the way, jobs that pay higher wages.

"And so this Council is designed to build on this progress," he said. "We're here not to rest on our laurels but rather to continue to make a big push to sell even more overseas." 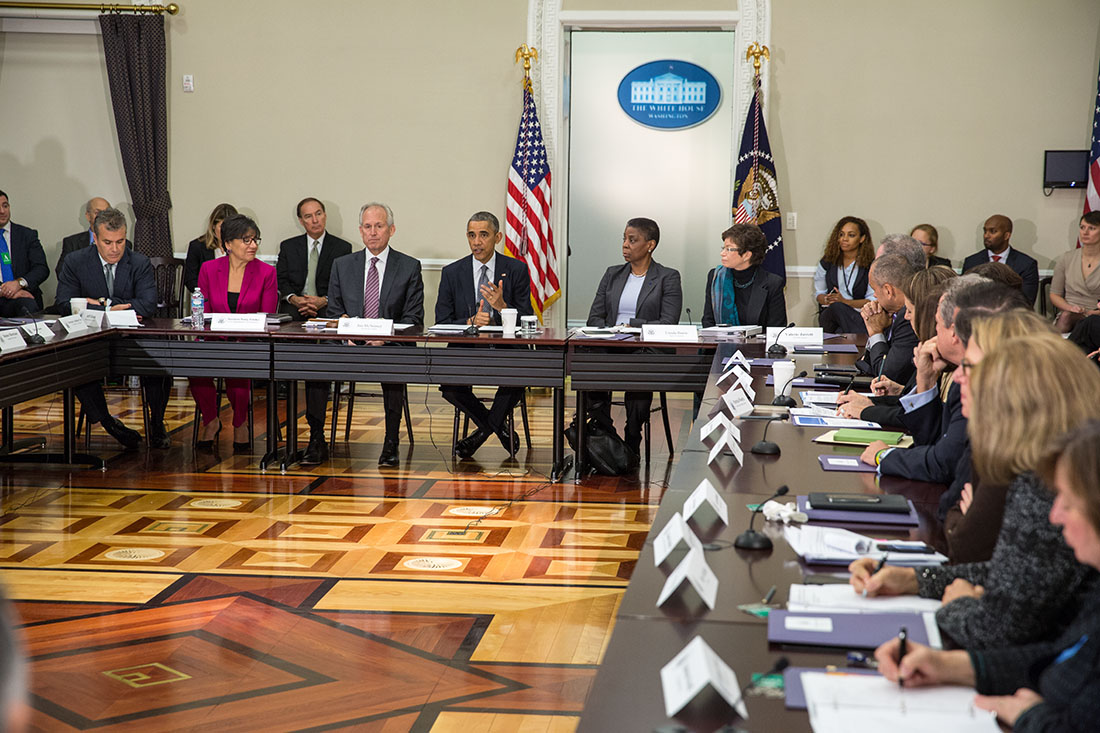 We're announcing today more than $290 million in new investments to launch two additional high-tech manufacturing hubs.  One is going to be focusing on flexible computer chips that can be woven into everything from the gears in a helicopter to the fabric in your shirt.  Another is going to focus on advance sensors that can dramatically cut energy costs for our factories.

I also want to thank many of the folks around this room who’ve been working with us to find ways that we can increase and improve the pipeline for skilled workers going into the companies that ultimately end up exporting goods and services overseas.  To make sure that our workers have those skills, today, my Secretary of Labor, Tom Perez, is announcing a $100 million competition to help expand apprenticeship programs across our country.

Many of the companies around this table have helped design it or are already participating in these apprenticeship programs.  They give talented, motivated young people the chance to get an outstanding career.  They get a pathway, a door open to them that allows them to succeed and secure a position in the middle class, and it helps us recruit the kind of workers that are going to keep us competitive for years to come.

Read the President's full remarks, and get the facts about the new funding to make our businesses and workers more competitive.