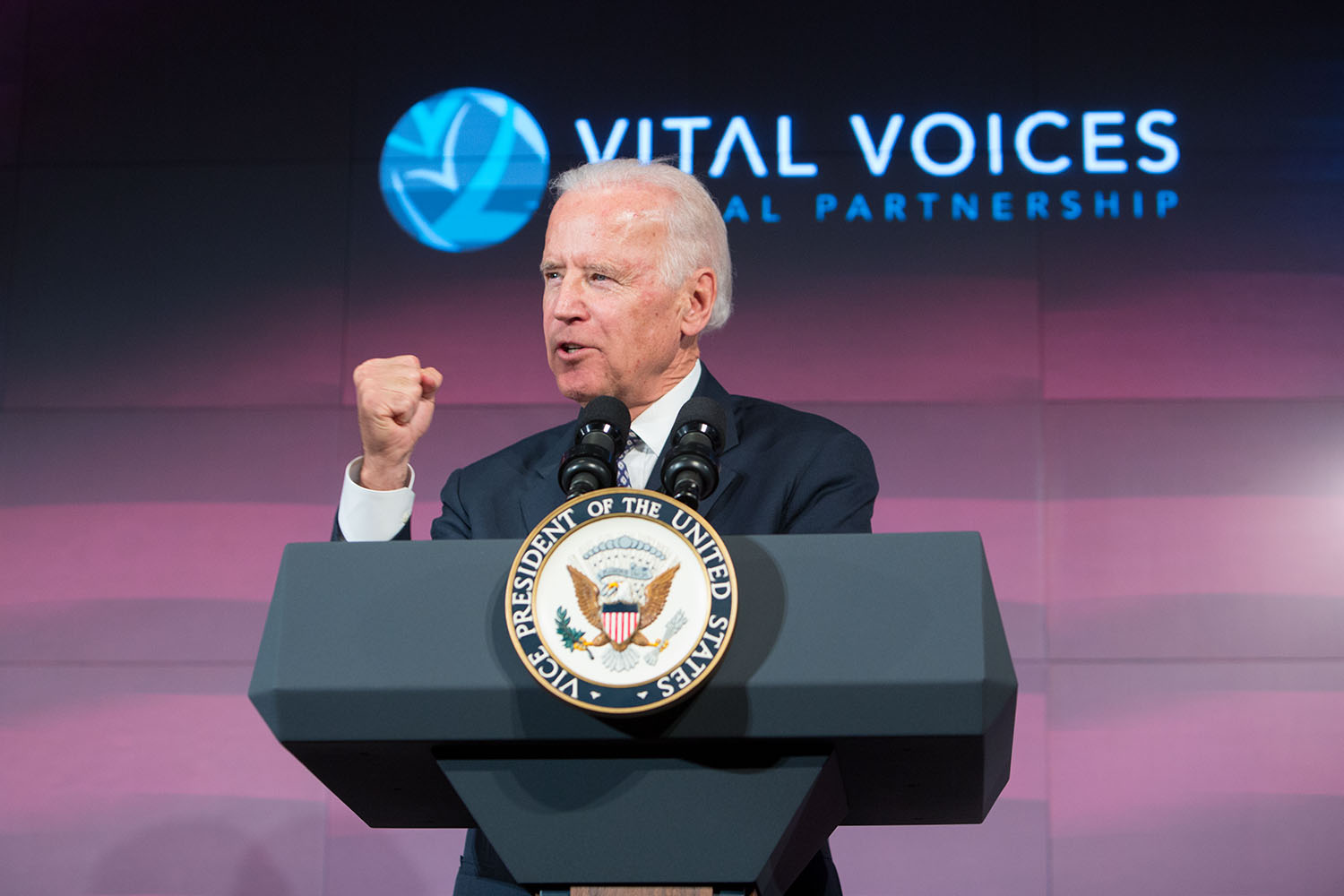 On Wednesday night, I attended an important event honoring Vice President Biden for his work to reduce violence against women. Hosted by Vital Voices, a leading advocacy organization, the event recognized men who have been leading the fight to end gender-based violence around the globe. Vice President Biden was honored for his role as the author of the Violence Against Women Act (VAWA). This groundbreaking legislation is credited for the dramatic decline in domestic violence in the U.S. over the past 20 years.

The Vice President was introduced by Vital Voices board member and women’s activist Diane von Furstenberg who said, “for his leadership, courage, and relentless spirit, on behalf of Vital Voices, it is my privilege to recognize Vice President Joe Biden with the Solidarity Award.”

As he accepted the award, Vice President Biden spoke in stark terms about the violence women suffer around the globe and how much more there is to do. “For, as I speak, there are thousands of women around the world being brutalized, mutilated, killed – at the hands of those who allegedly love them,” he said.

The Vice President described the attitudes he faced in the early days of working on VAWA, at a time when domestic violence was considered not a crime but a family affair or a matter of culture. He noted that these same attitudes are used around the world – today – to justify rape, battering, honor killings, and other forms of violence against women.

The Vice President called on men and especially male leaders to step up and speak out. He challenged all of us to root out attitudes in our culture and cultures around the world that justify violence. “Too many crimes have been committed under the guise of cultural norms. Too much brutality has been inflicted. Too much pain has been endured,” he said.

The Vice President was joined by three other honorees who have made exceptional contributions to the anti-violence movement. Actor Patrick Stewart has used his voice as a child witness to domestic violence to call on men to make concrete commitments to stopping the violence. Former All-American quarterback Don McPherson was honored for his work as an educator working to raise awareness and change social norms among student athletes. Bafana Khumalo of the Sonke Gender Justice project in South Africa was recognized for his focus on uniting South African men to prevent gender-based violence and HIV/AIDS.

Wednesday’s event was a moving tribute to the work of Vice President Biden and other men, but it was more than that. It was powerful call to action.