December 12, 2014 at 5:40 PM ET by Stephanie Santoso
Twitter Facebook Email
Summary:
For the past several years, Bo and Sunny, the First Family’s dogs, have been creatively included in the White House holiday décor. This year, as part of the Maker movement members of the White House Office of Science and Technology Policy and Presidential Innovation Fellows featured Bo and Sunny as life-size, animated “dog-bots.”

For the past several years, Bo and Sunny, the First Family’s dogs, have been creatively included in the White House holiday décor. Last year’s decorations even included a 3D model of Bo with a wagging tail powered by a motor from a reindeer lawn decoration!

This year the White House enlisted Stephanie Santoso, Mark DeLoura, and Laura Gerhardt from the White House Office of Science and Technology Policy (OSTP) and David Naffis and Bosco So from the Presidential Innovation Fellows (PIF) program to feature Bo and Sunny in the holiday decorations as life-size, animated “dog-bots." 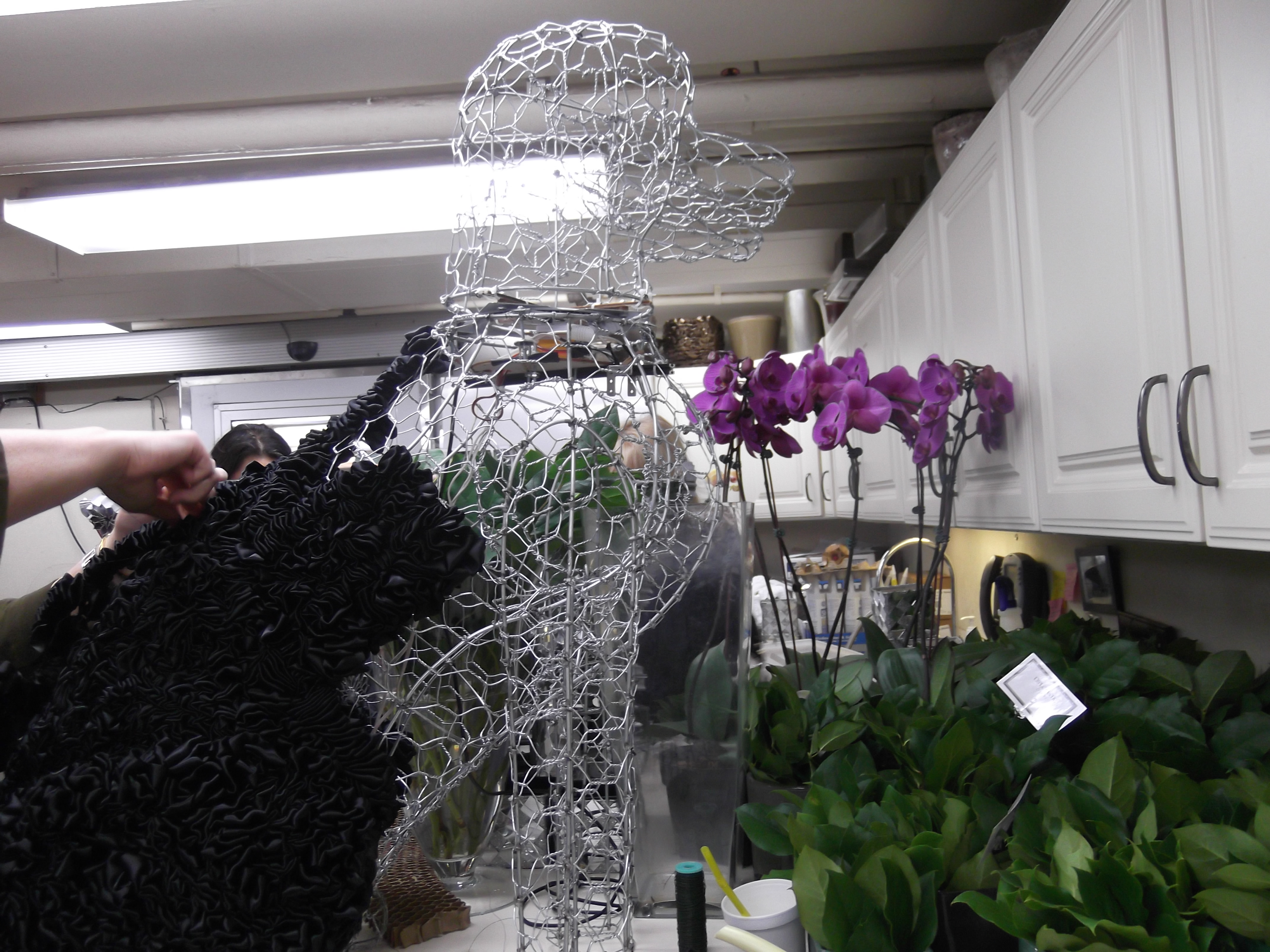 Bo-bot and Sunny-bot are built out of wire mesh frames covered by more than a mile of ribbon “fur.” Each bot’s head is connected by a bearing that allows the heads to rotate. The bot design teams were inspired by a scene in this “Let’s Move" video, in which the real dogs watch the President and Vice President run through the West Wing, to install a small robotic feature inside the mesh frames that makes the bot heads turn in a way that mimics Bo and Sunny’s natural behavior.

The servomotors (motors coupled to sensors that provide angular position feedback) that animate the bot heads rely on an open source electronics hardware and software platform designed for interactive projects. These motors can rotate 180 degrees and are frequently used in electronics such as robots and animated toys. The teams programmed software to control the speed, angle, and sequence of the head rotations powered by each dog’s motor.

The six-week process of creating the dog-bots gave the design team members firsthand experience of the patience, determination, and fun that goes into maker projects. The OSTP and PIF teams, who volunteered to work on the dog-bots during their free time, first worked on Bo-bot and Sunny-bot separately. This resulted in slightly differing implementations, as explained below. During the final stages of assembly, the teams came together to collaboratively troubleshoot and make the last tweaks required to get the dogs running in time for the holiday season. The teams jointly unveiled the completed bots to the public last week.

Integrating elements of the Maker Movement into this year’s holiday décor is part of a broader effort by the White House to highlight the importance of making to American innovation. As President Obama said at the White House Maker Faire last June: “Today’s D.I.Y. is tomorrow’s made in America.”

Bo-bot went through about five different prototypes, as each design presented new challenges. The first design enclosed the hardware and motor neatly within a box, but it quickly became apparent that the box was preventing heat from the motor from escaping, encouraging the underpowered motor to overheat and burn out. The team switched to using a custom open platform on which both the motor and platform could be mounted. The platform and special attachment brackets were made from wood and laser cut at a local makerspace. Developing a way to attach the motor to the head while also providing stability and the right amount of give to prevent the motor from overheating due to excessive resistance, created an additional challenge for the team which was addressed through the use of adding a metal bar for support and zip ties. 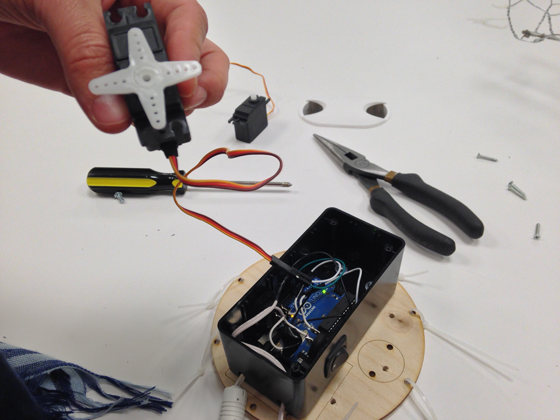 The servo motor and hardware that controls the motor.

Sunny-bot went through a similar number of iterations. The greatest difficulty was not being able to precisely position the head at a specific angle. The team tried out different types of motors and eventually settled on a servomotor, a motor that can move to specific angles along an arc without the use of end switches or other means of identifying the current position. The team also added infrared sensors to Sunny-bot’s eyes, allowing her to track movements and follow individuals across a room with her head.

The teams have posted the source code for Bo-bot and Sunny-bot online and will be providing additional information for how individuals can make their own dog-bots at home, school or their local makerspace. We’d love to hear your ideas for what Bo-bot and Sunny-bot could look like next year. Please send your ideas to maker@ostp.eop.gov.

Stephanie Santoso is the OSTP Senior Advisor for Making.