"Change is hard -- in our own lives, and in the lives of nations. And change is even harder when we carry the heavy weight of history on our shoulders. But today we are making these changes because it is the right thing to do. Today, America chooses to cut loose the shackles of the past so as to reach for a better future -- for the Cuban people, for the American people, for our entire hemisphere, and for the world."

We are separated by no more than 90 miles of water.

And yet, for more than 50 years, an ideological and economic barrier hardened between our two countries.

Today, President Obama took historic steps to tear down that ideological wall and end an outdated approach that, for decades, has failed to advance our interests. Fulfilling a promise he made when he came into office in 2009, President Obama will begin to normalize relations between our two countries.

In case you missed it, here are five takeaways from today's announcement:

1. The U.S. will re-establish diplomatic relations with Cuba that have been severed since January of 1961.

Going forward, the U.S. will re-establish an Embassy in Havana, and high-ranking officials will visit Cuba. We will work together to advance our interests on issues including health, migration, counter-terrorism, drug trafficking, and disaster response.

Indeed, we’ve seen the benefits of cooperation between our countries before. It was a Cuban, Carlos Finlay, who discovered that mosquitoes carry yellow fever; his work helped Walter Reed fight it. Cuba has sent hundreds of health care workers to Africa to fight Ebola, and I believe American and Cuban health care workers should work side by side to stop the spread of this deadly disease.

Now, where we disagree, we will raise those differences directly -– as we will continue to do on issues related to democracy and human rights in Cuba. But I believe that we can do more to support the Cuban people and promote our values through engagement. After all, these 50 years have shown that isolation has not worked. It’s time for a new approach. 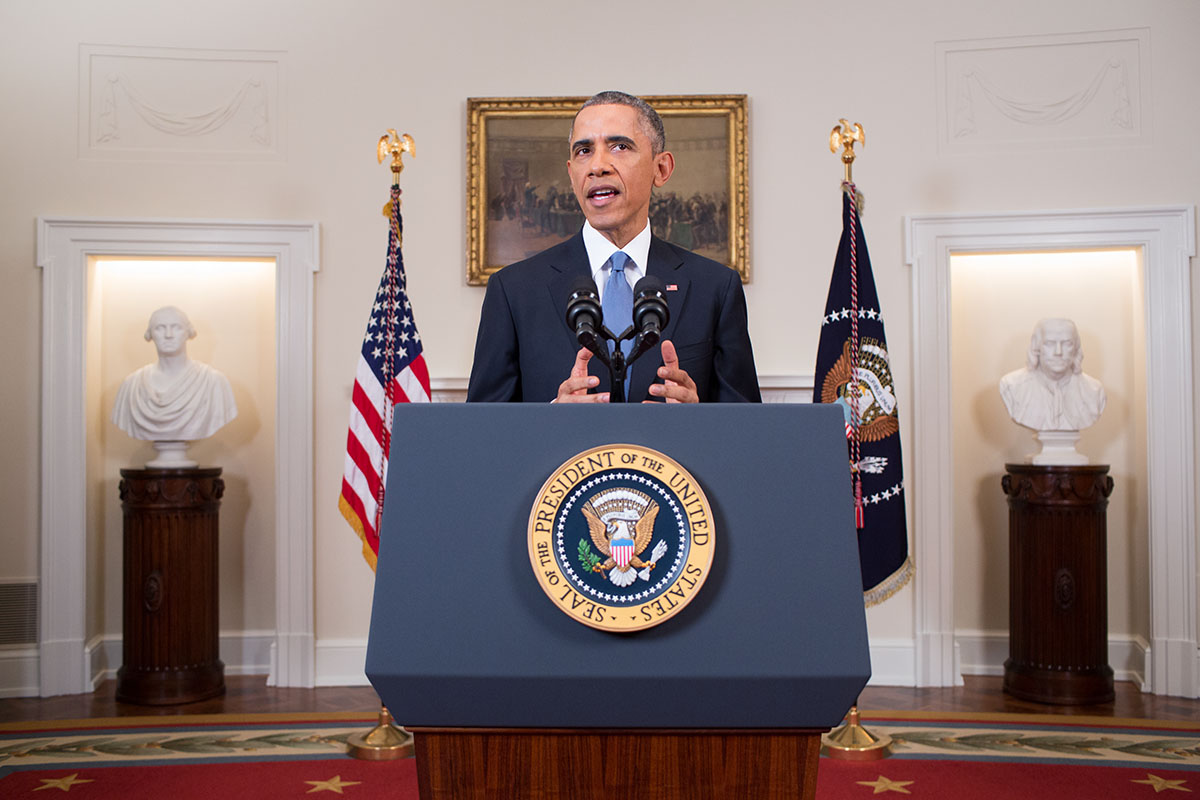 President Barack Obama delivers a statement on Cuba and the release of American Alan Gross, in the Cabinet Room of the White House, Dec. 17, 2014. (Official White House Photo by Chuck Kennedy)

2. The U.S. will review Cuba's designation as a State Sponsor of Terrorism.

This review, conducted by the State Department, will be guided by the facts and the law.

At a time when we are focused on threats from al Qaeda to ISIL, a nation that meets our conditions and renounces the use of terrorism should not face this sanction.

3. The U.S. will take steps to increase travel, commerce, and the flow of information to and from Cuba.

This is fundamentally about freedom and openness, and also expresses my belief in the power of people-to-people engagement. With the changes I’m announcing today, it will be easier for Americans to travel to Cuba, and Americans will be able to use American credit and debit cards on the island. Nobody represents America’s values better than the American people, and I believe this contact will ultimately do more to empower the Cuban people.

4. The return of Alan Gross and other Americans detained in Cuba cleared the way for this progress in relations.

While the President has been prepared to take additional steps for some time, a major obstacle stood in the way: the wrongful imprisonment, in Cuba, of U.S. citizen and USAID sub-contractor Alan Gross for five years. Over many months, the Administration has held discussions with the Cuban government about Alan’s case, and other aspects of our relationship. Today, Alan returned home and was reunited with his family at long last.

President Obama also secured the release of one of the most important intelligence agents that the U.S. has ever had in Cuba. Imprisoned for nearly two decades, he is now home on U.S. soil.

Cuba also released a substantial number of prisoners whose cases were directly raised with the Cuban government by the President's team.

5. Pope Francis helped facilitate the release of Alan Gross and thawing of relations between the U.S. and Cuba.

His Holiness Pope Francis issued a personal appeal to President Obama and to Cuba's President Raul Castro, urging them to resolve the obstacles that prevented the countries from moving forward in restoring diplomatic relations.

I want to thank His Holiness Pope Francis, whose moral example shows us the importance of pursuing the world as it should be, rather than simply settling for the world as it is.

Canada and a bipartisan group of Congress members were also instrumental in securing the release of prisoners and in advancing our interests and values in Cuba.

Take a deep-dive into the President's historic actions here: obamawhitehouse.archives.gov/cuba-policy