December 22, 2014 at 11:02 AM ET by Erie Meyer and Hannah Safford
Twitter Facebook Email
Summary:
Earlier this month, during Computer Science Education Week, we at the White House looked back on computer pioneer Grace Hopper’s remarkable life, and honored her with a special event display in the Eisenhower Executive Office Building in Washington, DC.

Few people have taken the above lesson to heart more than “Amazing” Rear Adm. Dr. Grace Hopper, one of the longest-serving U.S. Naval Officers and a pioneer in the fields of mathematics and computing, whose legacy has continued to live on past her death in 1992. 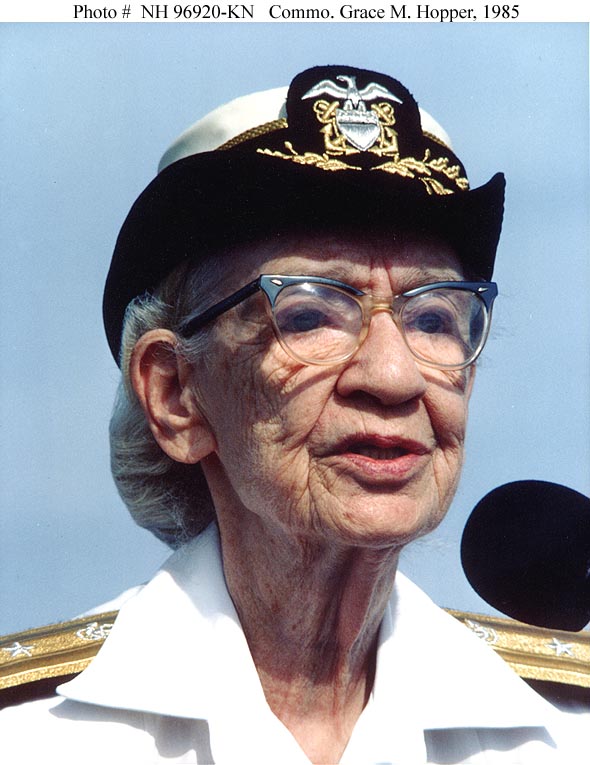 That’s why earlier this month, during Computer Science Education Week, we at the White House looked back on Hopper’s remarkable life, and honored her with a special event display in the Eisenhower Executive Office Building in Washington, DC.

Grace Hopper was born in New York City on December 9, 1906, graduated Phi Beta Kappa from Vassar College in 1928, and went on to earn her PhD in mathematics from Yale University in 1934 (a notable achievement for a woman during that era).

Hopper taught mathematics at Vassar from 1931 to 1943 before joining the Naval Reserve in 1943 as a volunteer in the newly established Women Accepted for Volunteer Emergency Service (WAVES) program. She graduated first in her class of 800 officer candidates and was assigned to the Bureau of Ordnance Computation Project at Harvard University, where she soon became a key member of the staff for the Mark I computer system. In 1947, Hopper famously identified the first computer “bug” when she traced a Mark I glitch back to a moth that was caught in a relay wire, shorting out a circuit…and inspiring the term “debugging” used ever since for solving problems with a computer program’s execution. 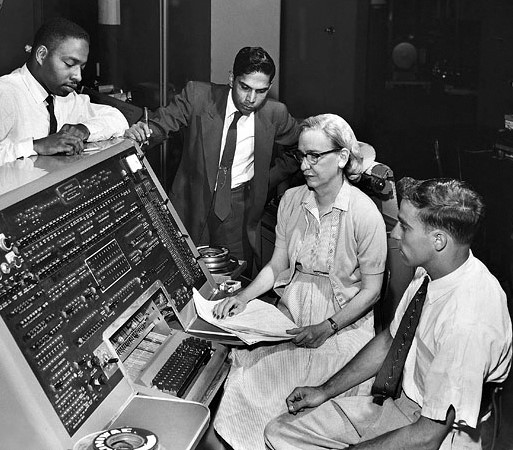 Grace Hopper sits with fellow members of the team developing on the UNIVAC I, a team Hopper joined after completing her work on the Mark I.

Over the rest of her 43-year career with the Navy, Hopper went on to make many other seminal contributions. A crowning achievement was her development of computer languages written in English or other human languages – rather than mathematical notation – and the compiler that ‘translated’ these programming languages to machine code. Particularly notable were Hopper’s contributions to the common business computer language known as “COBOL,” which is still in use today. Throughout it all, Hopper was a tireless advocate for engaging young people and students in computer science and related science, technology, engineering, and math (STEM) disciplines.

On December 9, Hopper’s birthday, the White House unveiled a special display case in the Eisenhower Executive Office Building showcasing computing artifacts from Hopper’s life. The display, which was on loan for several weeks from the Curator Branch of the Naval History and Heritage Command, included early computer components used by the Naval Data Automation Command, where Hopper worked from 1976 until her retirement from the Navy in 1986. The display also contained wires used by Hopper during lectures on the nanosecond. Each 11.8-inch long wire represented the maximum distance electricity can travel in one billionth of a second. 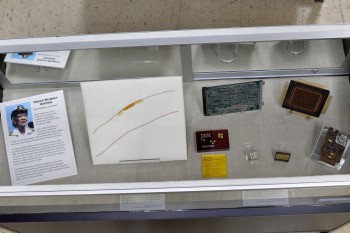 As noted above, Hopper famously said that life is too short to keep doing the same thing over and over and over again. Through her work, she was a big part of giving us both the fundamental computer tools and the inspiration needed to break out, investigate, and solve challenging problems facing our world.

Erie Meyer is a founding member of the U.S. Digital Service.

Hannah Safford is a SINSI Fellow at the Office of Science and Technology Policy.