How Did We Do That? The White House Digital Holiday Decorations

December 23, 2014 at 11:08 AM ET by Jenna Brayton
Twitter Facebook Email
Summary:
The 2014 White House holiday decorations included an interactive digital snowscape - see a behind the scenes guide of how it works!

This year, you can interact with the White House holiday decorations!

This year, technology is playing a big role in creating the holiday experience at the White House. One of the newest additions to the annual White House Holiday tour is an interactive digital snowscape that allows visitors to become a part of the festive display of Holiday decorations.

The interactive installation captures visitors’ movements, showing them projected on the wall as a flurry of snowflakes in a serene winter wonderland full of holiday trees, a snow-covered ground, and snowflakes. As visitors enter the East Wing of the White House and walk through Book Sellers, they can quickly recognize their own outline in the scene projected on the wall. The shapes that the display captures then drive several types of immersive interactive displays, where participants manipulate the images just by moving their hands and bodies. The more a visitor moves, the more sparkly effects in the snow will appear, encouraging visitors to continue to interact.

But how does it work exactly?

The interactive digital snowscape works by using sensors and computers to capture movement. Specifically, small, depth-sensing cameras along with several computers sit in a projector and allow people to use their own bodies to generate images on the wall. The computers in the digital interactive display are small but powerful -- they are used to run custom software that generates graphics for the display. The computers run software called OpenGL – an application programing interface that supports 2D and 3D graphics.

To see how it really works, check out the interactive display’s plans, below! 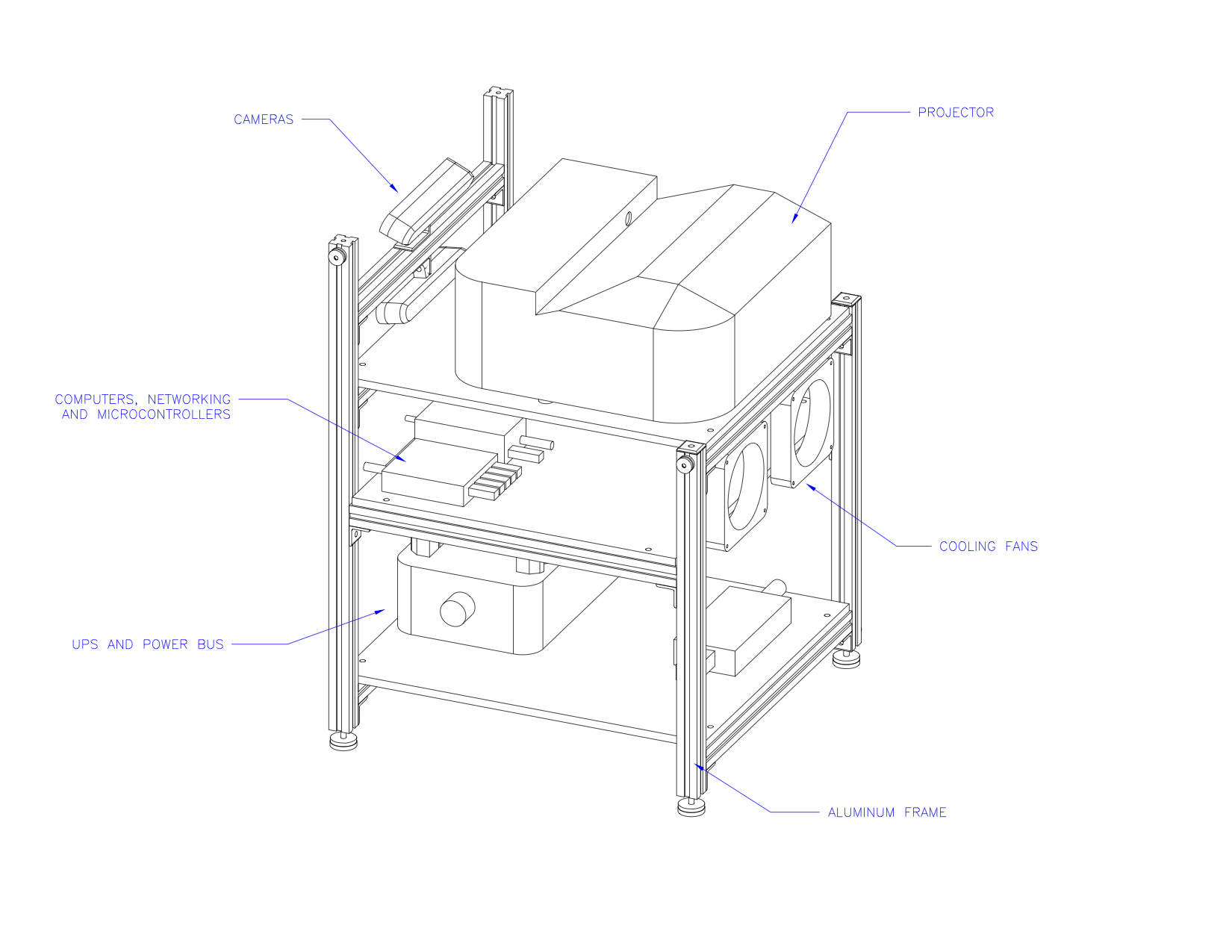 (by Second Story, a part of Sapient Nitro, of Portland, Oregon)

And, check out 2014 White House holiday visitors walking by and interacting with the snowscape.

Special thanks to Matt Arnold from Second Story for help with the technical details of the interactive digital snowscape.