President Obama Announces Plans to Save Americans Money on Homeownership 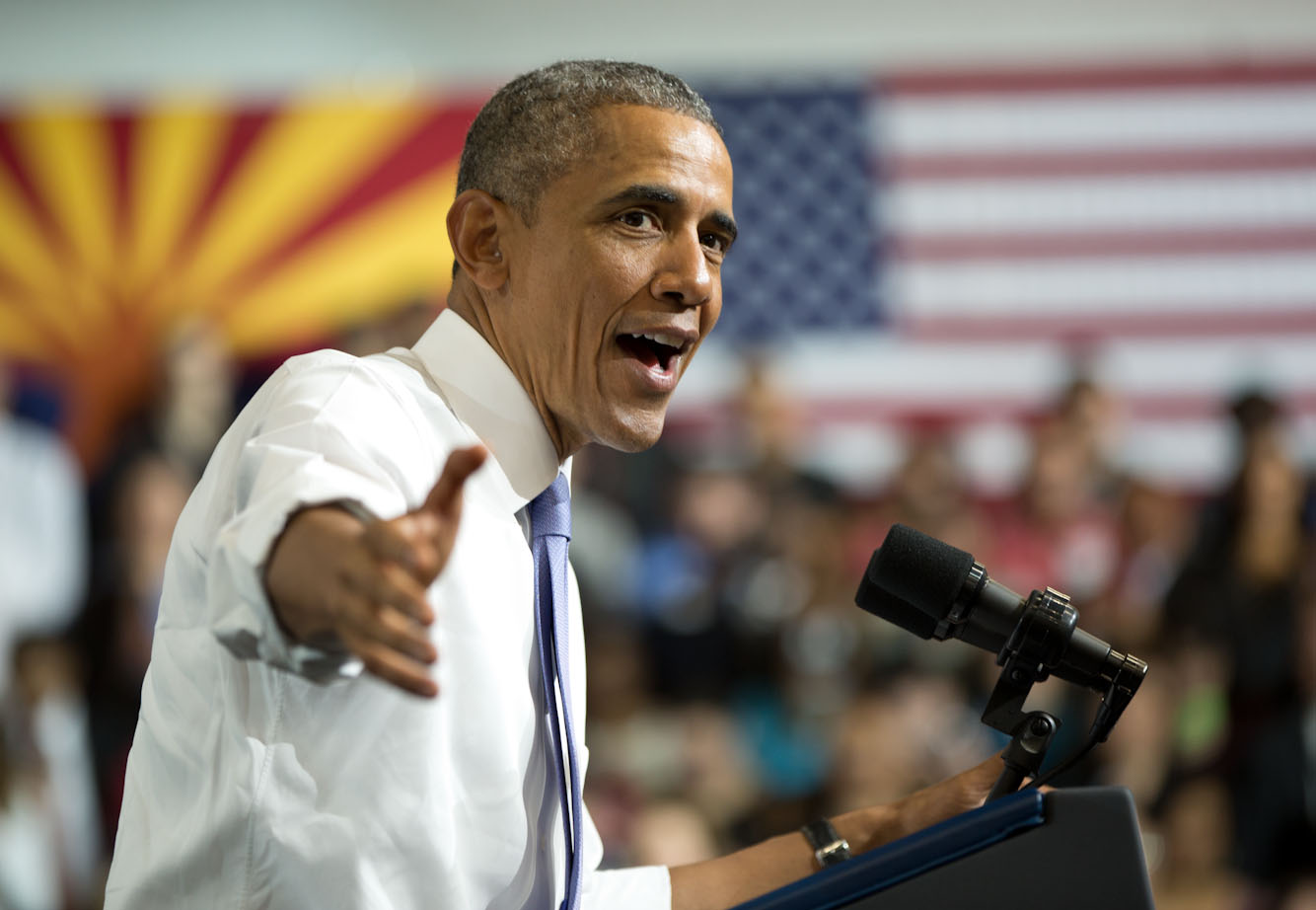 President Obama and Secretary of Housing and Urban Development Julián Castro visited Phoenix, Arizona this afternoon to put a spotlight on the recovering housing sector.

Restoring security to homeownership has always been one of the President's top economic priorities, and the results are clear -- the housing market has greatly improved since President Obama took office. 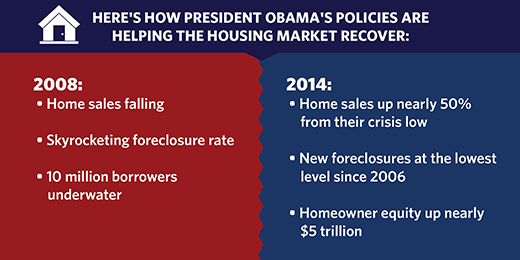 The President’s push for new consumer protections and tough enforcement on abuses have given Americans more confidence in investing in homeownership: 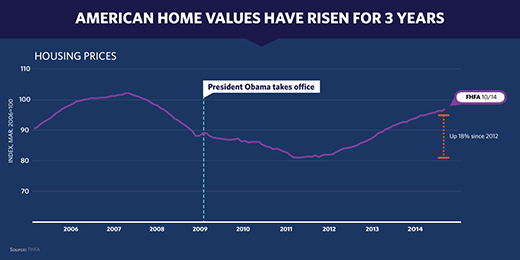 But there's more work to do. Mortgages need to be more accessible and affordable for creditworthy families.

The President’s new proposal to reduce the fees associated with buying a home would help first-time homebuyers save an average of $900 on their annual mortgage payment. More people buying homes would also strengthen the market, helping everyone who already owns a home.

In Phoenix today, President Obama explained that homeownership was a dream that should be open to all Americans. Not only will the President’s actions help numerous families realize the American Dream and get a place they can finally call home, but millions of families will save billions of dollars in mortgage payments in the coming years, helping to support and stabilize the housing market recovery.