Every day, citizens like you help career scientists advance scientific discovery and understanding of the world around us. Two recent success stories demonstrate the enormous value of citizen science contributions.

Disk Detective is a NASA-sponsored crowdsourcing project designed to aid the search for potential debris disks and protoplanetary disks surrounding young stars. This project recently announced an important milestone: In less than a year, roughly 28,000 volunteers have collectively made 1 million classifications of Wide-field Infrared Survey Explorer (WISE) data. These classifications have yielded 478 objects of interest, providing a crucial set of targets for future planet-hunting missions.

This crowdsourcing project augments traditional disk hunting techniques scientists have used on WISE data. Previously, computer software was used to search the WISE data for planet-forming environments. Although this software identified 300,000 objects that shine brightly in the infrared – potential objects of interest – it can't distinguish dust-rich disks from other infrared-bright sources such as galaxies, interstellar dust clouds and asteroids. That’s where citizen scientists come in. Thousands of nascent solar systems may exist in the WISE data, but the only way to know for sure is to inspect each object by eye.

Herbig-Haro 30 is the prototype of a gas-rich "young stellar object" disk around a star. The dark disk spans 40 billion miles (64 billion kilometers) in this image from NASA's Hubble Space Telescope, cutting the bright nebula in two and blocking the central star from direct view. Citizen Scientists help spot potential objects of interests computers have missed in images like these.  Image credit NASA/Hubble/STScI

At DiskDetective.org, volunteers from around the globe sift through this data by viewing 10-second videos of each object. Relying on the same capabilities of the human visual cortex that help hunters spot prey moving in the tall grass, these volunteers can spot background galaxies and asteroids that computers cannot. NASA’s science team has used ground-based telescopes in Arizona, California, New Mexico, and Argentina to follow up on more than 200 volunteer-identified objects. Marc Kuchner, an astrophysicist at NASA's Goddard Space Flight Center in Greenbelt, MD who serves as the project’s principal investigator, says: “We consider everyone who works on Disk Detective to be our colleagues and collaborators. It’s been touching to work with all these enthusiastic people.”

NASA Chief Scientist Ellen Stofan applauds this initiative. “Members of the public can play real, very meaningful roles in scientific research, particularly in data collection and analysis of large data sets,” Stofan comments. This idea is catching on throughout scientific communities and organizations, including many within the federal government.  NASA’s Disk Detective is a clear example of this idea in action, and demonstrates the value of involving enthusiastic citizens - regardless of background or prior experience - in advancing our understanding of the universe. Now we can directly involve everyone in helping NASA explore!”

Increasing Scientific Understanding of Seasonal Variation in Plants and Animals

Last year was a banner year for Nature’s Notebook, a citizen science project hosted by the USA National Phenology Network and primarily funded by the U.S. Geological Survey (USGS). In 2014, 1,800 citizens throughout the nation contributed 1.5 million digital records of leafing, flowering, reproduction, and migration events for over 10,000 unique plants and animals. “These observations are contributing to our understanding of how plants, animals and their habitats vary seasonally across the nation and over time,” explains Jake Weltzin, a USGS ecologist and Executive Director of the USA National Phenology Network. “Further, their findings are used to support scientific discovery and resource management decision-making in protected areas such as National Parks.” 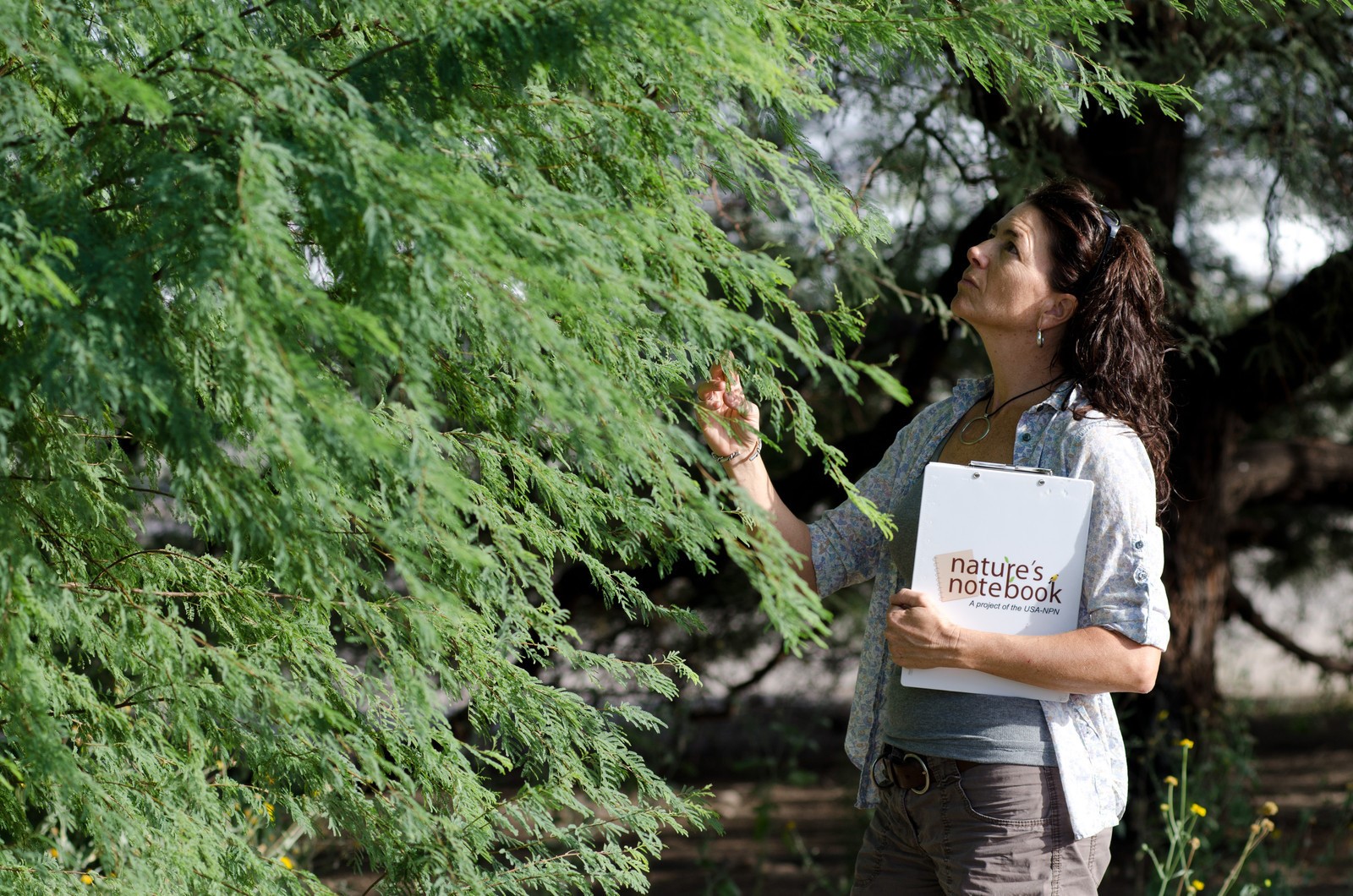 Since Nature’s Notebook was founded in 2009, it has amassed 4,400 active participants, 4.5 million records, and data on 28,000 unique organisms, including common species as well as species that are relatively rare, such as red maple, quaking aspen, monarch butterfly, northern leopard frog and sandhill crane. These crowd-sourced data have contributed to ten peer-reviewed scientific publications on topics as diverse as timing of ragweed pollen production, plant carbon uptake, onset of tree leafing in the eastern United States, and effects of climate variation on production of native seeds in California.

The White House Office of Science and Technology Policy (OSTP) seeks to enable more Federal agencies to harness the potential of citizen science and crowdsourcing to stimulate and facilitate broader public participation in the scientific process in a variety of areas, including climate, astronomy, and ecology. To further this goal, OSTP and the Federal Community of Practice on Crowdsourcing and Citizen Science are collaboratively developing an online toolkit that will make more Federal employees aware of the existence of citizen science tools and provide access to resources that enable the effective adoption of these practices. Check out the resources below to find out more about federally-sponsored citizen science initiatives and how you can become involved.

Lea Shanley is a Presidential Innovation Fellow at the National Aeronautics and Space Administration (NASA).