January 14, 2015 at 6:02 PM ET by Michael Daniel
Twitter Facebook Email
Summary:
President Obama is using the week before his State of the Union to highlight the importance of cybersecurity and to outline the steps this Administration is taking to tackle this problem head on. 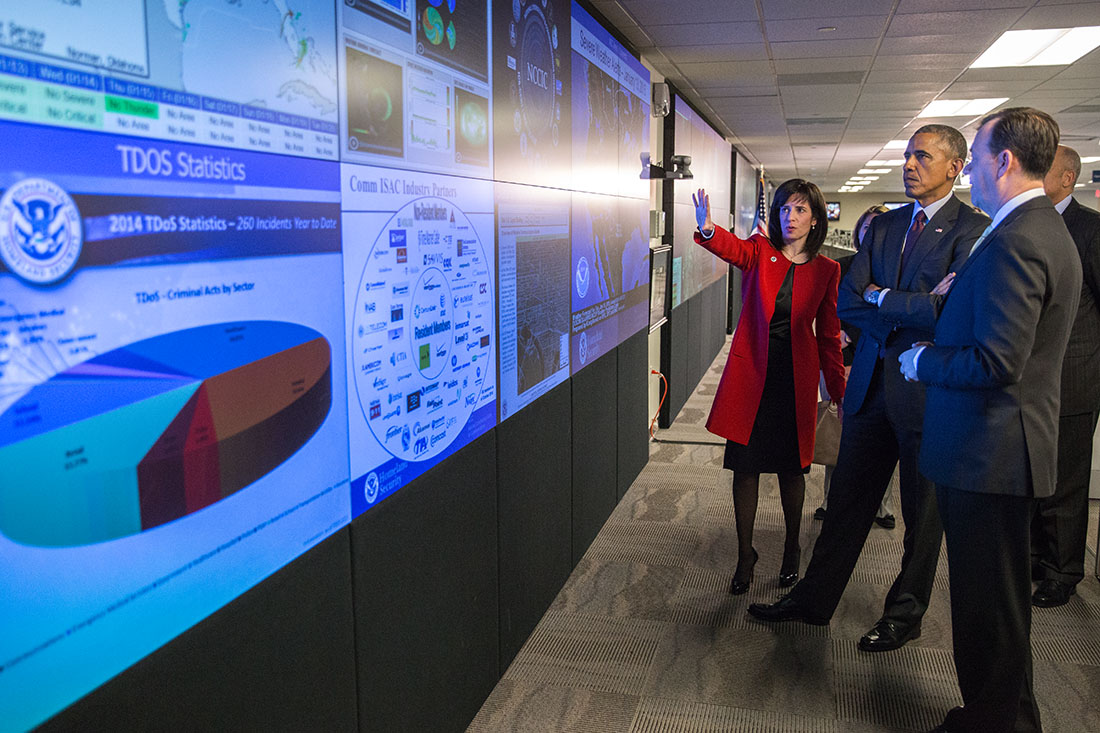 This week is a big one for cybersecurity.

President Obama is using the week before his State of the Union to highlight the importance of cybersecurity and to outline the steps this Administration is taking to tackle this problem head-on. As many companies and government agencies know far too well, the cyber threat is only increasing in breadth, pace, sophistication, and impact. The events of the past year, including numerous breaches into major retailers, a widespread encryption vulnerability known as Heartbleed, and the recent destructive and coercive cyber attack against Sony Pictures Entertainment, clearly demonstrate the need to accelerate collective efforts to increase our nation’s cybersecurity and to preserve and protect our core values as a nation.

Since taking office, this Administration has made cybersecurity a priority. We have focused on better protecting our critical infrastructure, improving the security of federal networks, enhancing our ability to respond to and manage incidents, building international coalitions, and shaping cyberspace to be more secure in the future. Many of my previous blog posts have highlighted our efforts in these areas, and we have indeed made progress. As we start 2015, though, it is clear that a lot more remains to be done. This Administration will continue to pursue all appropriate efforts to defend our citizens, our companies, and our nation from those threats.

Congress should build on this momentum and pass additional legislation to increase information sharing with the government, modernize the tools needed by law enforcement to fight cybercrime, and standardize the requirements for when companies must notify customers of data breaches. Yesterday, the Administration released an updated legislative proposal that addresses these three areas:

In that vein, the President also announced that we are planning a White House Cybersecurity Summit, which will take place on February 13 at Stanford University. This event was previewed in October, when the President launched the BuySecure Initiative, and it is the next step in the Administration’s ongoing work to build consumer confidence by enhancing public and private sector consumer financial protection efforts. The Summit will bring together major stakeholders on cybersecurity and consumer financial protection issues -- including senior leaders from the White House and across the federal government, CEOs from a wide range of industries including the financial services industry, technology and communications companies, computer security companies and the retail industry, as well as state government leaders, law enforcement officials, consumer advocates, technical experts, and students. Topics at the Summit will include increasing public-private partnerships and cybersecurity information sharing, creating and promoting improved cybersecurity practices and technologies, and improving adoption and use of more secure payment technologies.

We know that a robust cyber workforce is needed to ensure that we have enough trained professionals to meet the nation’s growing need for cyber defenders. Right now, there is a large and growing demand for these workers chasing a smaller supply. Acknowledging that this is a problem for everyone -- the federal government, state and local governments, and the private sector -- we have been working to develop a unity of effort to accelerate progress in this area. In this spirit, the Vice President will announce on Thursday that the Department of Energy will provide $25 million in grants over the next five years to support a cybersecurity education consortium consisting of 13 Historically Black Colleges and Universities and two national labs. This will build on our existing work under the National Initiative for Cybersecurity Education.

Collectively, this week’s announcements kick off a new year in which we intend to make real progress in improving the nation’s cybersecurity. These actions demonstrate that we are taking steps to mobilize every element of our nation to rise to the challenge. I look forward to continued progress across all our cybersecurity priority areas in the run up to the Cybersecurity Summit and beyond. Over the coming year, the Administration will continue to press forward doing everything it can to improve cybersecurity, both domestically and internationally. We know that legislation, education, and a summit by themselves won't solve the cybersecurity problem. So the actions outlined above are just the start of our work in 2015 -- we've got more to come.

Special Assistant to the President and Cybersecurity Coordinator