Encouraging the Private Sector to Invest in America's Infrastructure

It’s estimated that it would take $3.6 trillion to bring America’s infrastructure up to date by 2020. Across the nation, our bridges, pipelines, roads and railroads are in dire need of repair and modernization. In fact, it would cost $600 billion over 20 years to modernize our country’s entire water and sewer systems.

To address these needs, we need not only an increased commitment from federal, state, and local governments, but also increased investment from the private sector.

To highlight both the need and the opportunity, Vice President Biden visited DC Water’s $2.6 billion Clean Rivers project -- funded by an innovative “Century Bond” -- where he announced new steps that federal agencies are taking to leverage private-sector capital, innovation, and expertise to improve our nation’s infrastructure. 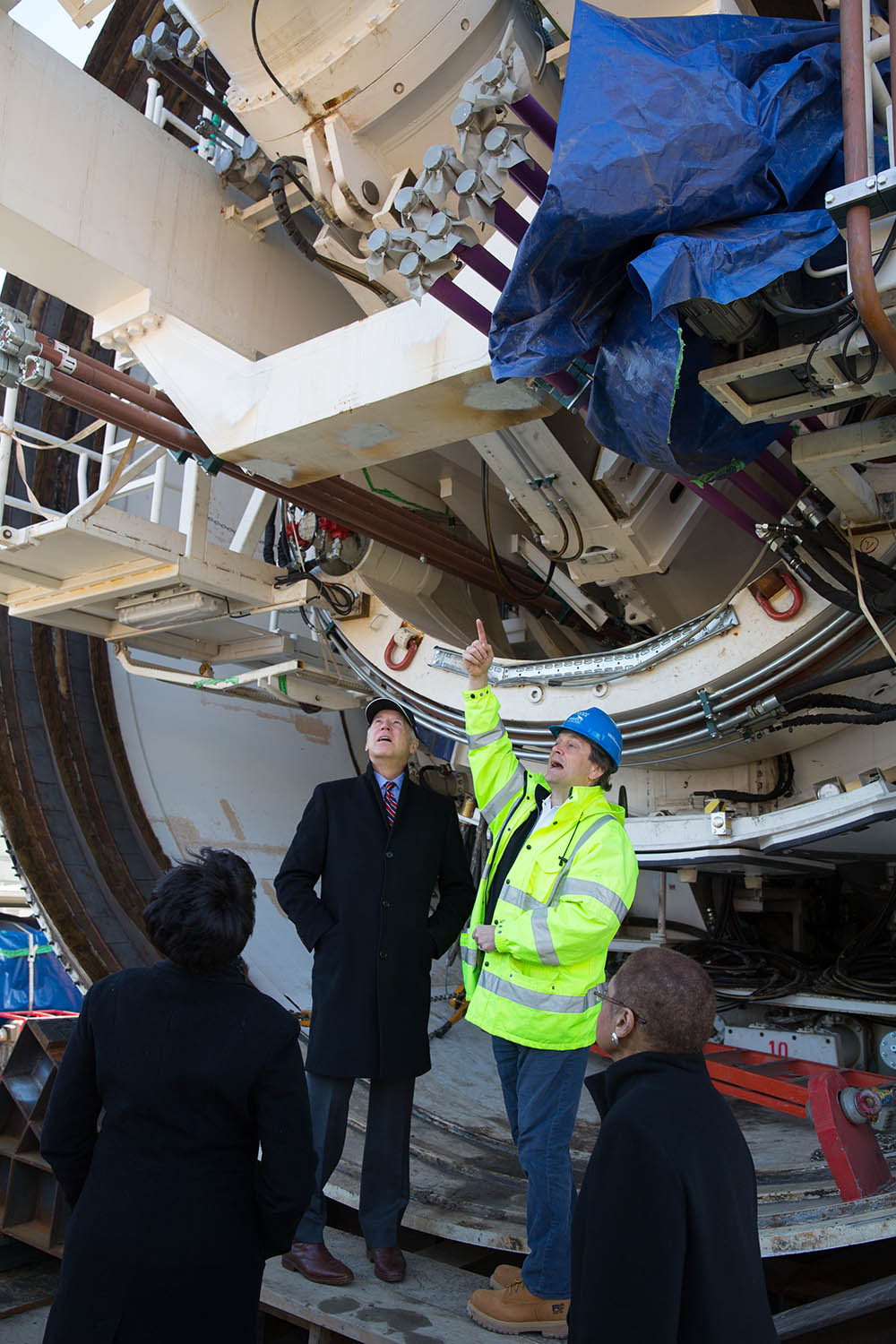 “We want to see private capital move off the sideline, because we have a lot to build,” Vice President Biden said at the event today."

Some of the steps that agencies are taking to help get encourage private partnerships include:

In addition, the Administration is advancing major highway and port projects through the Transportation Investment Center at the Department of Transportation, working with local and state governments to improve project planning, promoting strong labor practices and workforce development, and attracting investors for U.S. projects from around the world through the SelectUSA Program.

These efforts will help create new middle-class jobs. The Administration is committed to ensuring that public-private partnerships include strong protections for workers during both construction and operation. To demonstrate how public private partnerships can support good jobs, the Department of Transportation is developing model contracts with examples of “high-road” labor practices that will benefit current and aspiring workers alike. These will be an example for other federal agencies as they work to support public private partnerships moving forward.

Investing in America’s infrastructure is one of the best things we can do as a nation. As the Vice President says, “It’s oldest story in our history:  build, build, build the most modern infrastructure in the world… because in the end, this all means economic growth and jobs -- jobs to help build the middle class.”