Meet Staff Sergeant Jason Gibson, a Guest of the First Lady at the State of the Union

January 17, 2015 at 8:00 AM ET by Tanya Somanader
Twitter Facebook Email
Summary:
Staff Sergeant Jason Gibson is joining the First Lady as a guest at the 2015 State of the Union Address on January 20.

Staff Sergeant Jason Gibson is joining the First Lady as a guest at the 2015 State of the Union Address on January 20. Watch it live at 9 pm ET here: obamawhitehouse.archives.gov/sotu 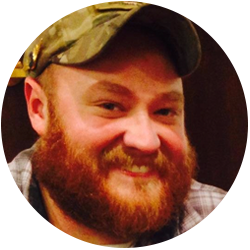 When the President first met Staff Sergeant Jason Gibson in 2012, Jason wasn’t quite sure who was in the room. A native of Westerville, Ohio, Jason had sustained traumatic injuries while serving his country in Afghanistan and was at the beginning of his long road to recovery at Walter Reed Hospital in Bethesda. So when the President walked in, he never quite registered who his visitor was and “was more concerned with who was this stranger hugging my wife.”

In October, after 21 surgeries and years of recovery, Jason wrote a letter to thank the President for his visit and  to deliver a small piece of wisdom: “There is life after a traumatic event and good can come of all things.” As a soldier whose injuries cost him both of his legs and any chance of using prosthetics, Jason refused to dwell on what he couldn’t do, but tackle what he always wanted to -- wheelchair or no wheelchair. As of today, he has surfed, downhill skied, kayaked, fished, done a little bit of hunting, and even raced in 4 marathons on a hand cycle. Because that’s not enough to satisfy him, he also earned his pilot license last summer.

Now back home in Ohio, Jason and his wife Kara are living in a house built by a non-profit that is especially designed for his needs. In this new home, Jason and Kara are embarking on their greatest adventure yet -- parenthood. On November 21, 2014, they welcomed a baby girl, Quinn Leona Gibson, into the world. “You have to push yourself and not dwell on the negatives,” he wrote the President. “Life is what you make of it.”