Meet Larry Merlo, a Guest of the First Lady at the State of the Union

January 19, 2015 at 7:15 AM ET by David Hudson
Twitter Facebook Email
Summary:
Larry Merlo is joining the First Lady as a guest at the 2015 State of the Union address.

Larry Merlo is joining the First Lady as a guest at the 2015 State of the Union address on January 20. Watch it live at 9 p.m. ET at WhiteHouse.gov/SOTU. 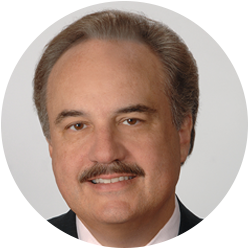 Last year, CVS Caremark President and CEO Larry Merlo announced that CVS would be the first major retail pharmacy to eliminate tobacco sales in all of its stores. Soon after, the company changed its corporate name to CVS Health -- a symbol of the organization's broader commitment to public health.

CVS Health has also established programs to hire long-term unemployed workers and create summer jobs for youth, and has a longstanding commitment to hiring qualified veterans and military spouses.

Merlo, a pharmacist by education, joined CVS/pharmacy in 1990, and currently lives in East Greenwich, Rhode Island with his wife of 36 years, Lee Ann.