January 21, 2015 at 2:32 PM ET by Tanya Somanader
Twitter Facebook Email
Summary:
If you're looking to relive the highlights, here are a few of our favorite, can't-miss moments from the 2015 State of the Union Address. 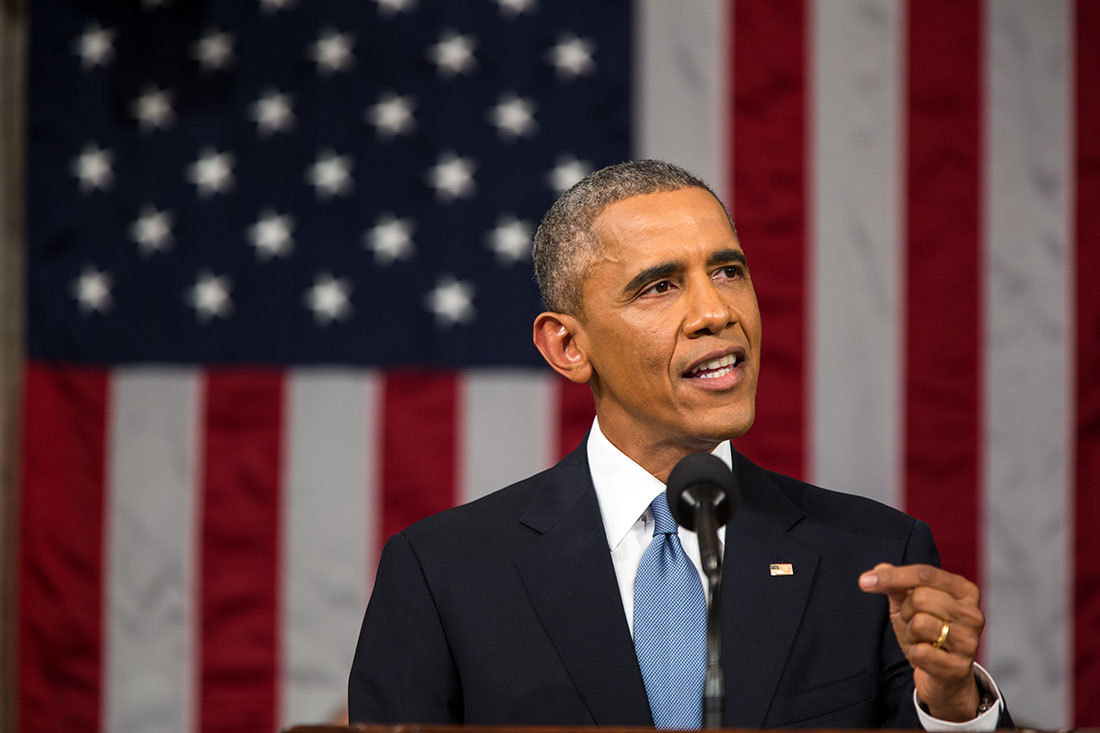 President Barack Obama delivers the State of the Union address in the House Chamber at the U.S. Capitol in Washington, D.C., Jan. 20, 2015. (Official White House Photo by Pete Souza)

"Fifteen years into this new century, we have picked ourselves up, dusted ourselves off, and begun again the work of remaking America. We have laid a new foundation. A brighter future is ours to write."

Last night, President Obama stood on the House floor of the Capitol to deliver his sixth State of the Union Address to Congress and the American people.

It was a memorable night -- with inspiring guests, important proposals, and a few irreverant quips here and there. It's a must-see speech, so if you missed it, watch the enhanced version here. But if you're looking to relive the highlights, here are a few of our favorite, can't-miss moments from the evening.

From raising the minimum wage and equal pay to child care and paid leave, there's a lot that we can do in America to give hardworking, middle-class families a fair shot at getting ahead.

So last night, the President outlined his plan to make quality child care more available and more affordable for millions middle-class family with young children in America; to help states adopt paid leave laws on their own.  And with the minimum wage worth less than it was under President Reagan and with women still making 78 cents for every a dollar a man earns, the President called on Congress -- once again -- to raise the minimum wage and pass equal pay legislation. After all, it's 2015. It's time.

Learn more about the President's efforts on behalf of working families.

Rising oceans, hotter heat waves, dangeorus droughts, and massive environmental disruptions -- it doesn't take a scientist to see that we must act on climate change. So for those in Congress who are trying to "dodge the evidence by saying they're not scientists," the President noted, "Well, I'm not a scientist either." But when the best scientists in the world -- and the Pentagon -- are saying that climate change poses immediate risks to our security, "we should act like it," he said. 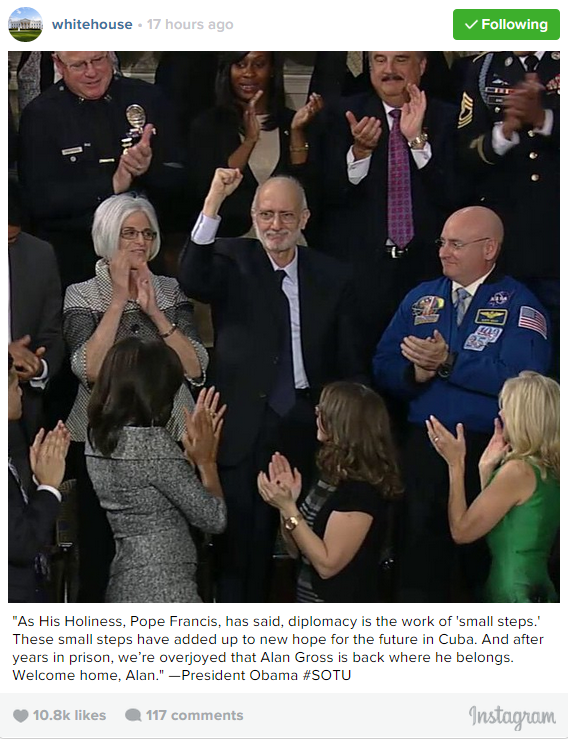 The President announced that we are finally charting a new course in Cuba, because "when what you're doing doesn't work for 50 years, it's time to try something new." Part of that new strategy included securing the release of political prisoners like Alan Gross, an American who was wrongfully imprisoned for 5 years in Cuba. The President brought him home, and Alan joined him at the State of the Union last night as a guest of the First Lady.

Off-the-Cuff: "I Won Them Both"

"I have no more campaigns to run. I know because I won both of them.” —President Obama #SOTU

For the first-time in history, the President made his remarks available to the public on Medium before he delivered his address. That way, Americans could follow along, like Members of Congress do, to see exactly what his plans are for the next two years. Those who were following along might have been surprised by an ad-libbed moment.

"I have no more campaigns to run," he said. But when a few Members of Congress teasingly began to applaud, he teased right back, "I know because I won them both."

Community College: Going to Take the Cost Down to Zero

By the end of this decade, two out of three jobs will require higher education. And yet, too many Americans are priced out of the education they need to get ahead. "That's why I'm sending this congress a bold new plan to lower the cost of Community College --- to zero," the President said.

It's a popular idea -- with both Democrats and Republicans across the country.

Learn more about what the President is doing to ensure student debt doesn't derail a student's dreams. 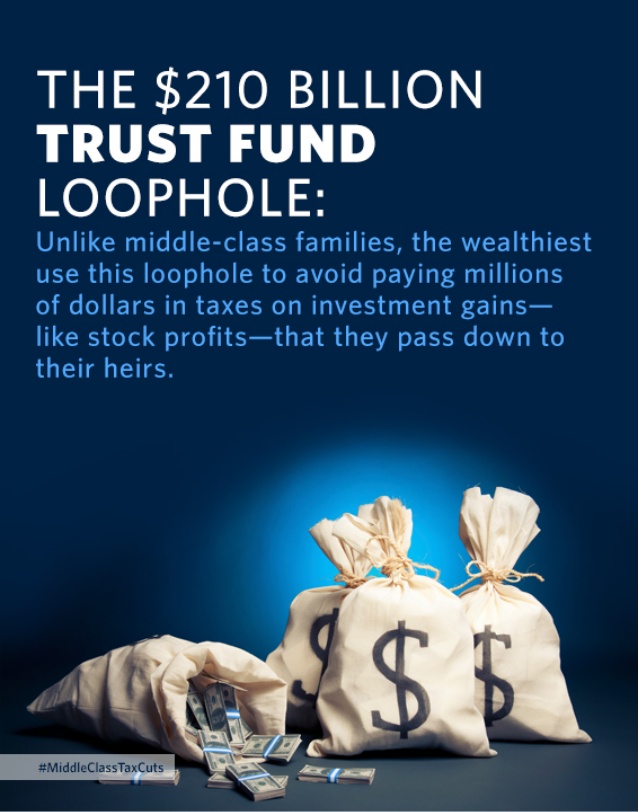 The President outlined his plan to reform a tax code that is riddled with "giveaways that the super-rich don't need, while denying a break to middle-class families that do." One loophole he wants to close is the Trust Fund loophole, which allows the top one percent to avoid paying taxes on accumulated wealth, and invest that revenue to help families pay for child care and send their kids to college.

See what else the President proposed in his plan to build a simpler, fairer tax code for middle-class families.

In a powerful moment last night, the President appealed to all Members of Congress -- and to all of us -- to move forward in a way that better reflects the future we want to see:

So the question for those of us here tonight is how we, all of us, can better reflect America’s hopes.  I’ve served in Congress with many of you. I know many of you well. There are a lot of good people here, on both sides of the aisle. And many of you have told me that this isn’t what you signed up for -- arguing past each other on cable shows, the constant fundraising, always looking over your shoulder at how the base will react to every decision.

Get the full download of what happened last night and more: obamawhitehouse.archives.gov/sotu