Takeaways for Latinos from President Obama’s State of the Union

January 21, 2015 at 5:31 PM ET by Katherine Vargas
Twitter Facebook Email
Summary:
Last night in his State of the Union address, President Obama reiterated his commitment to policies that will help more middle class families and reward hard work so paychecks go further to cover the cost of health care, a home, and a secure retirement. We wanted to take a moment to spotlight 6 key policies that will particularly impact Latino families.

Last night in his State of the Union address, President Obama reiterated his commitment to policies that will help more middle class families and reward hard work so paychecks go further to cover the cost of health care, a home, and a secure retirement. We wanted to take a moment to spotlight 6 key policies that will particularly impact Latino families.

1.   Making Owning a Home More Affordable for Middle Class Families by Cutting Mortgage Premiums: While the housing market is now on firmer footing – with rising home values, falling foreclosures, and fewer families underwater – too many creditworthy and qualified families who want to purchase a home are shut out of homeownership opportunities by today’s tight lending market. In response, the President announced a major new step that his Administration is taking to make mortgages more affordable and accessible for creditworthy families. The Federal Housing Administration (FHA) will reduce annual mortgage insurance premiums by 0.5 percentage point from 1.35 percent to 0.85 percent. More than 60 percent of Hispanics who are first time homebuyers use these FHA-insured loans, so this means big savings for many families. For the typical first-time homebuyer, this reduction will translate into a $900 reduction in their annual mortgage payment.

2.   Strengthening Paid Sick Leave Policies for Working Families: When 43 million private-sector workers are without any paid sick leave, too many workers go to work sick. Too many parents must choose between taking an unpaid day off work—losing much-needed income and potentially threatening his or her job—and sending a child to school who should be home in bed. Currently, only 43% of Hispanic workers have access to paid leave. The President is proposing more than $2 billion in new funds to encourage states to develop paid family and medical leave programs, following the example of California, New Jersey, and Rhode Island.

Check out this video from Secretary of Labor Thomas Perez on why paid sick is critical for American workers.

3.   Making Two Years of Community College Free for Responsible Students, So Every Child in America Has Access to At Least Two Years of College: President Obama has proposed an ambitious new effort to make two years of college free for responsible students. The proposal, would make two years of college as free and universal as high school, reduce the cost of a four-year degree, and improve the quality of community colleges that enroll almost 40 percent of all undergraduate college students today. For Hispanic students, community colleges are the primary source of high education. The high cost of attending college is one of the factors limiting access to post-secondary education for Latinos, though their enrollment rates have improved since 2012. 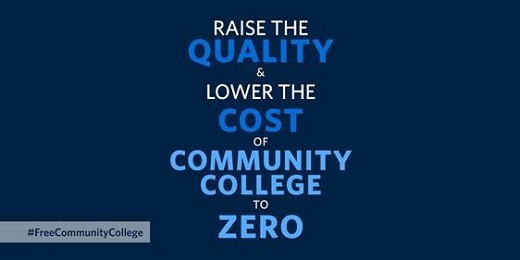 4.   Fixing the Broken Immigration System: President Obama continues to urge Congress to fix our broken immigration system by strengthening our border security, holding employers accountable, creating an earned path to citizenship so that undocumented immigrants can play by the same rules as everyone else, and modernizing our legal immigration system to boost our economy and reunite families. After waiting for the House to act on comprehensive immigration reform, in November the President acted within his legal authority to help secure the border, hold millions of undocumented immigrants accountable, and ensure that everyone plays by the same rules and pays their fair share of taxes. According to an analysis by the Council of Economic Advisers, these actions would raise average wages for US-born workers by $170 in ten years. As the President acts, he’ll continue to urge Congress to work with him on a comprehensive, bipartisan bill, but will not allow ideological fights to roll back the progress we’ve made. 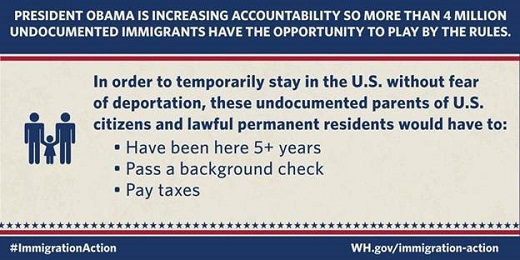 5.   Charting a New Course on Cuba: In Cuba, the President is ending a policy that was long past its expiration date. The shift in Cuba policy has the potential to end a legacy of mistrust in the hemisphere; removes a phony excuse for restrictions in Cuba; stands up for democratic values; and extends the hand of friendship to the Cuban people. And this year, Congress should begin the work of ending the embargo. 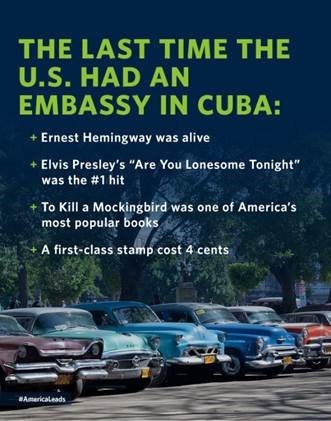 6.   Ensuring All Working Families Have Access to High-Quality, Affordable Child Care: Our current tax code for child care is unnecessarily complex and insufficient to cover the costs most families face. The President’s proposal would streamline child care tax benefits and triple the maximum child care credit for middle class families with young children, increasing it to $3,000 per child. This would benefit 5.1 million families, helping them cover child care costs for 6.7 million children, including 3.5 million children under 5. The President’s child care tax proposal will complement substantial additional new investments in the President’s Budget to improve child care quality, access, and affordability. 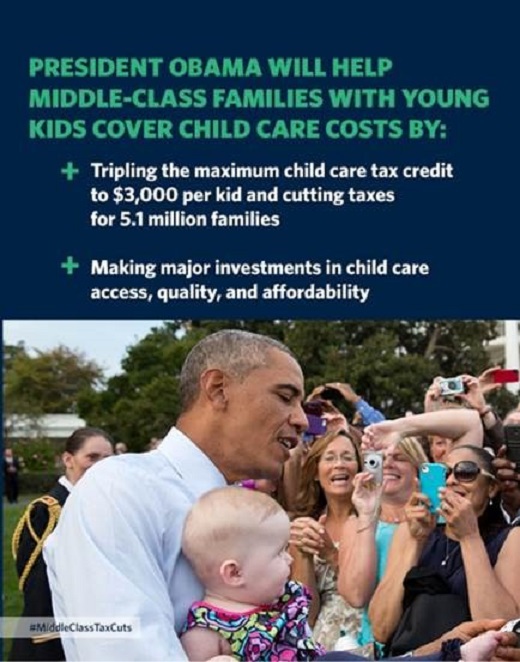