Energy Efficiency Through Outdoor Lighting – What a Bright Idea!

On Friday, the White House launched the Presidential Challenge for Advanced Outdoor Lighting, calling on local governments to accelerate the adoption and use of high efficiency outdoor lighting. In addition to driving carbon pollution reductions in communities across the country, the Challenge will help cities and states cut their outdoor lighting bills by 50% or more. And in the Federal Government, we’re committed to doing our part to improve lighting efficiency and save taxpayer dollars.

Last week, I toured the U.S. Army Corps of Engineers’ infrastructure improvement project along the Tenn-Tom waterway, an impressive feat of engineering that connects the Tennessee River in Alabama and the Tombigbee River in Mississippi.  Using long-term energy savings to pay for up-front costs, the Corps’ Mobile District has embarked on a project to improve the Tenn-Tom waterway’s infrastructure.  The project will install, replace, or retrofit elements along the waterway’s infrastructure, primarily focusing on the lighting fixtures at its 10 locks and dams.  It’s the first-ever energy savings performance contract executed for a Corps civil works project and could set precedent for other Corps districts in utilizing third-party funding for future endeavors. 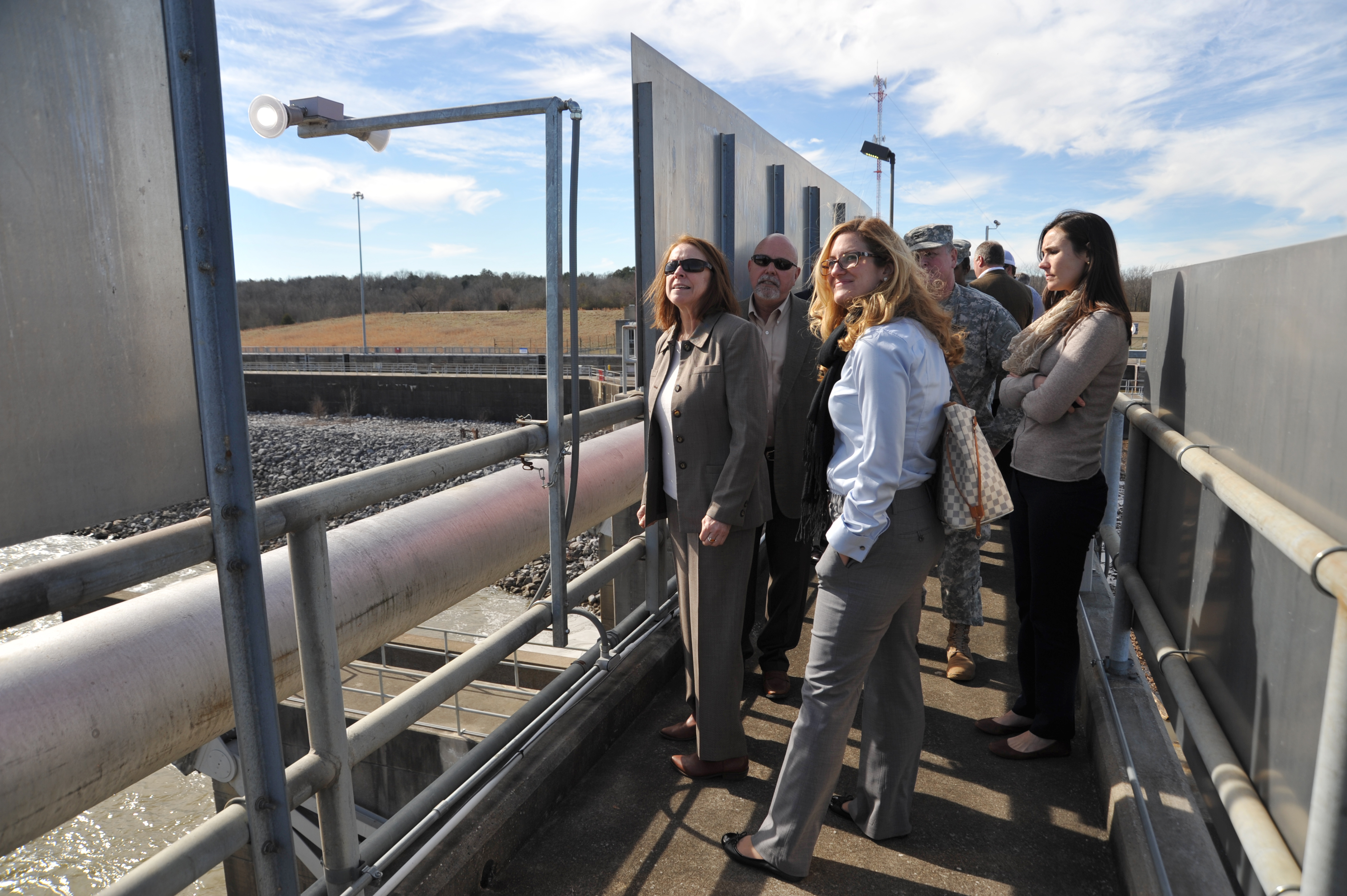 At first glance, swapping some light bulbs may seem like a small, unremarkable project. But improved lighting is actually one of the most straightforward and commonsense ways to improve energy efficiency.  And the benefits are far from small: the Corps expects to save more than $5 million over the more than 20-year lifespan of the Tenn-Tom waterway contract. Beyond the energy cost savings, the improved outdoor lighting is also projected to cut greenhouse gas emissions by 941 metric tons each year.

Other Federal projects have yielded results that are just as impressive.  The Army’s Ft. Irwin Rotational Units Maintenance Area recently replaced its inefficient lighting with higher-efficiency LED fixtures. The replacement lights have generated energy savings estimate at 75%, and will result in savings of over $87,000 per year.  And the Department of Defense has demonstrated big savings and emissions reductions in other relighting projects and retrofits as well. Ultimately, these successes mean fewer tax dollars spent on energy bills and a reduced carbon footprint – a win-win for the American taxpayer and the environment.

As states and cities across the country answer the President’s call, the Federal Government will continue to lead by example in improving energy efficiency and cutting harmful carbon pollution.