January 29, 2015 at 5:07 PM ET by Amy Pope
Twitter Facebook Email
Summary:
The White House hosts a forum dedicated to combating human trafficking in supply chains. The event brought together leaders from the private sector, nongovernmental organizations (NGOs), and the federal government to talk about what we can do together to prevent and eliminate any instances of trafficking-related activities in federal contracts and in private-sector supply chains. 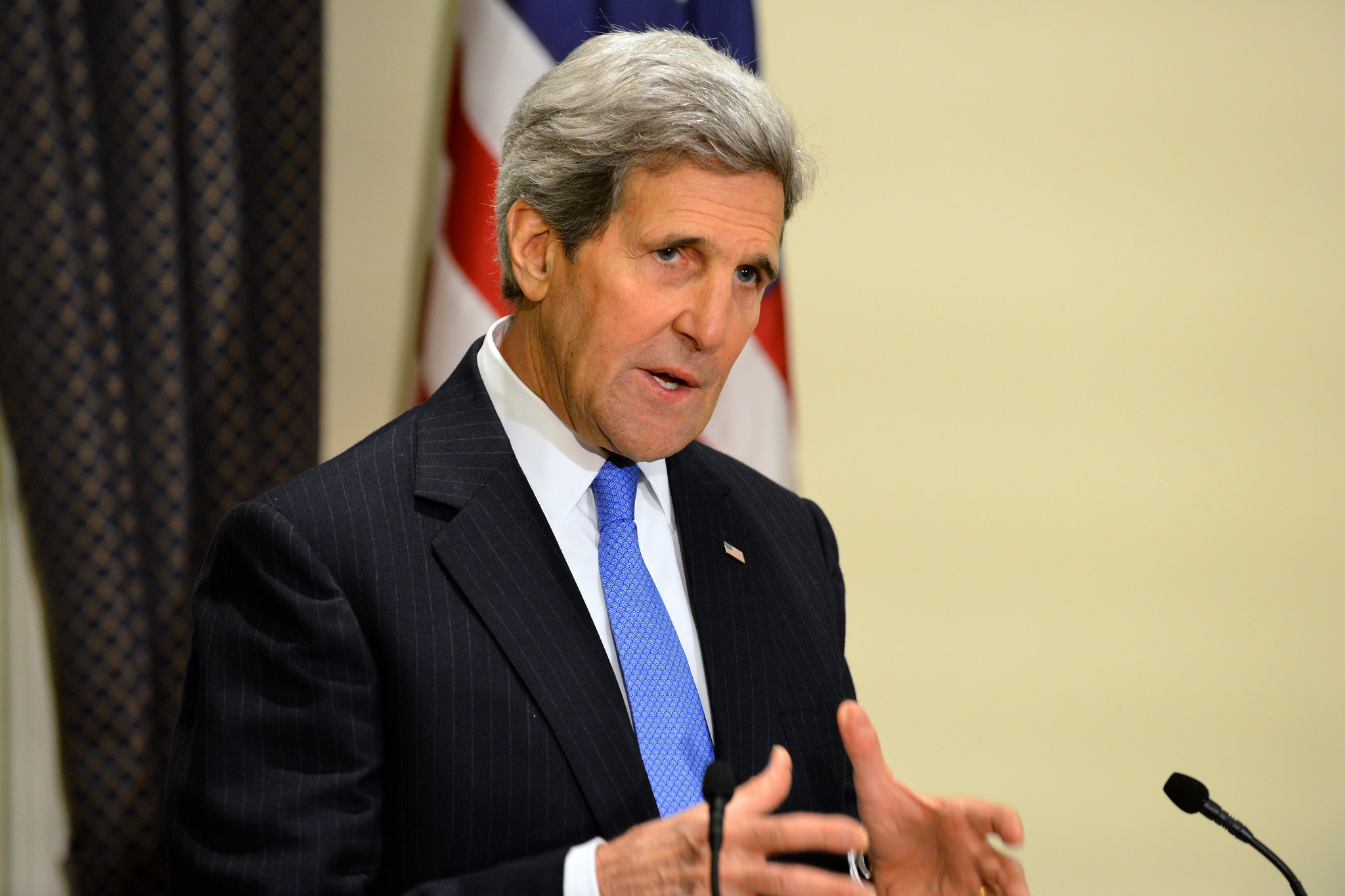 January marks National Slavery and Human Trafficking Prevention Month. As we take this time to reflect, we know that human trafficking can take many forms, including labor trafficking, and President Obama feels strongly that it has no place in our business, at home or abroad.

That is why today, at the White House, we hosted a forum dedicated to combating human trafficking in supply chains. The event brought together leaders from the private sector, nongovernmental organizations (NGOs), and the federal government to talk about what we can do together to prevent and eliminate any instances of trafficking-related activities in federal contracts and in private sector supply chains.

Today’s Forum was part of President Obama’s sustained commitment to the ambitious agenda that he laid out in September 2012 to combat human trafficking. This year, the Administration will focus in particular on human trafficking issues in supply chains. The President spoke about this issue earlier this week at the U.S.-India Business Council Summit, where he stressed the need to “keep striving to protect the rights of our workers; to make sure that our supply chains are sourced responsibly.”

During today’s event, representatives from the private sector – including the electronics, textile, and retail industries – shared successful practices and strategies they have used to combat human trafficking and that have the potential to be transformational in this field. Approaches they discussed included:

We also heard from a panel of federal contractors and NGOs on their efforts to prevent human trafficking in the Federal supply chain. As the largest single purchaser of goods and services in the world, the U.S. Government has a responsibility to ensure that American tax dollars do not contribute to this affront to human dignity.

As part of our ongoing work related to the Federal supply chain, the Federal Acquisition Regulatory Council (FAR Council) published updates today to the Federal Acquisition Regulation (FAR) as required by the President’s Executive Order “Strengthening Protections Against Trafficking in Persons in Federal Contracts” and related requirements in the Ending Trafficking in Government Contracting Act (set forth in the National Defense Authorization Act for 2013). These updates establish a number of new safeguards largely modeled on successful private sector practices, and reflect public input from federal contractors, academia, NGOs, and other stakeholders. Importantly, the new FAR rule prohibits federal contractors and subcontractors from charging employees recruitment fees or using misleading or fraudulent recruitment practices, and requires contractors and subcontractors performing work over $500,000 outside the United States to develop and maintain a compliance plan and to certify that to the best of their knowledge neither they nor any of their subcontractors has engaged in trafficking-related activities.

Because input from companies who combat trafficking in their supply chains is key, we challenged the private sector and NGOs to come back to the U.S. Government with feedback on tools that can help companies develop and implement the compliance plans required under the new FAR rule. In addition, we are taking it a step further, and are developing a U.S. government-wide definition of “recruitment fees” to standardize how the government defines and treats this common indicator of labor trafficking in federal contracting. A group of policy experts on human trafficking from across the Federal government have developed a definition for discussion. The FAR Council is soliciting early feedback from stakeholders on the draft definition of the term, and interested parties can provide early input here.

To help us all better understand where, how and why trafficking can occur, and to assist companies in implementing the new FAR rule, the State Department has teamed up with the NGO Verité and its partners to investigate and map out the risk of trafficking in global supply chains generally, and in federal supply chains in particular. A first set of findings was released today.

There is excellent work already being done in this field. To celebrate these efforts, Secretary of State John F. Kerry presented the 2015 Presidential Award for Extraordinary Efforts to Combat Trafficking in Persons to the Coalition of Immokalee Workers (CIW). CIW has pioneered a worker-based social responsibility model, the Fair Food Program, to include workers in addressing exploitation and abuse and to eradicate modern slavery in Florida’s tomato fields. This unique and highly successful program leverages the market power of major corporate buyers, coupled with strong consumer awareness, worker training, and robust enforcement mechanisms to increase wages, end labor trafficking, and promote worker rights.

Overall, today’s event highlighted the importance of working together across the private sector, advocacy community, and government to eliminate human trafficking in supply chains. Together, we will continue the fight to end human trafficking in all its forms, wherever it occurs.

Amy Pope is Special Assistant to the President and Senior Director for Transborder Security Policy at the National Security Council.