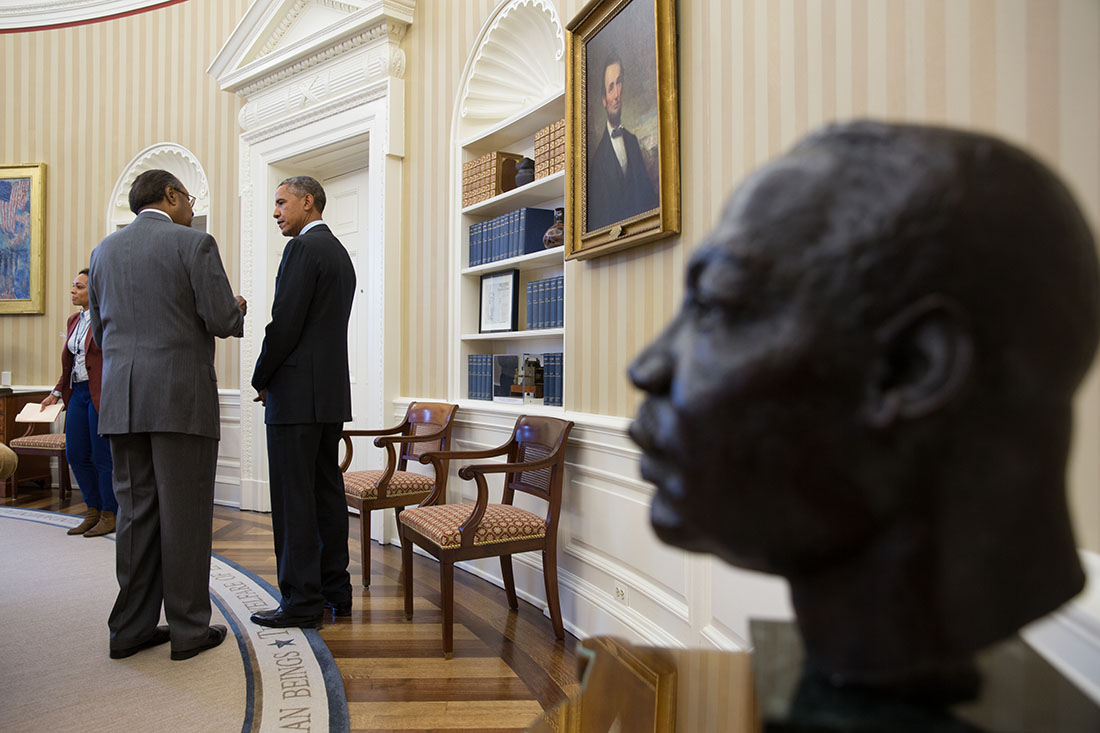 President Barack Obama meets with Clarence Jones, who worked with Martin Luther King, Jr. on the “I Have a Dream" speech, and guests in the Oval Office, Feb. 2, 2015. (Official White House Photo by Pete Souza)

Jones, now 84, has a storied career. In addition to being Dr. King's advisor and counsel, he was also his draft speech writer and played an influential role in the drafting of King's "I Have a Dream" speech in 1963. Jones would later become the first African American partner at a Wall Street investment bank, as well as a visiting professor at the University of San Francisco and Stanford University's Martin Luther King, Jr. Research and Education Institute. He's also the author of two books, What Would Martin Do? and Behind the Dream: The Making of the Speech that Transformed a Nation.

But his story could have been drastically different. In a 2011 NPR interview, Jones explained how, when Dr. King first visited him at his California home, he actually declined Dr. King's initial request to come to Alabama to join his legal team. When Dr. King came to double down on his request in person, Jones remembers him coming in, briefly exchanging pleasantries, and then getting right down to business.

According to Jones, Dr. King said, "You know, Mr. Jones, we have lots of white lawyers who help us in the movement. But what we need are more young Negro professionals because every time we embark on something, we are being hit with some form of legal action." This still was not enough to compel him onboard — but that visit did sway one member of the Jones household.

Soon after Dr. King left, Jones’s wife turned to him and said, “What are you doing that's so important that you can't help this man?”

Even though he turned down Dr. King's offer, he was invited to be a special guest at a sermon Dr. King was giving at a church in California soon after. His wife convinced him to attend, and Jones later said that he "had never heard anyone speak with such extraordinary eloquence and power."

As soon as that sermon was over, Jones walked over to Dr. King and asked, "When do you want me to go to Montgomery?"

As we celebrate Black History Month and reflect on the great progress we've made, we must also remain focused on the work that still remains — and our obligation to build upon the progress made by those who came before us. 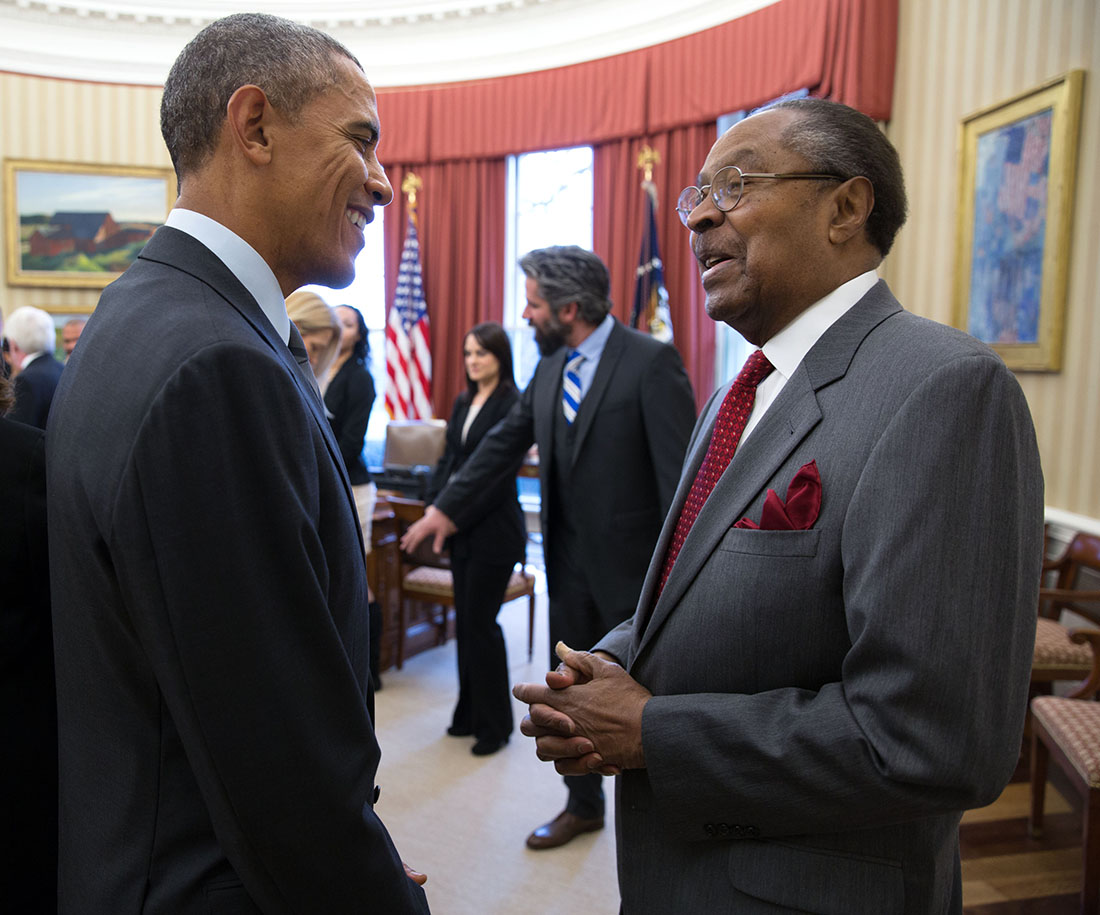 President Barack Obama meets with Clarence Jones, who worked with Martin Luther King, Jr. on the “I Have a Dream" speech, and guests in the Oval Office, Feb. 2, 2015. (Official White House Photo by Pete Souza)